THE PERFORMANCE | Moss has been so consistently amazing in Hulu’s The Handmaid’s Tale, we were starting to fear that it would be tough to single out a particular scene or episode that would highlight her greatness. (Because she was clearly, at some point, going to wind up our Performer of the Week.)

However, Wednesday’s episode made that worry evaporate. When Offred was presented with a second chance to alert a visiting dignitary about the reality of being a handmaid in Gilead, Moss’ performance was like a master class in conveying unspoken emotion. The feelings that washed across her face as Offred debated whether or not to speak up were palpable; the matter-of-fact tone Moss used during Offred’s recitation of abuse telegraphed a woman who, against her better judgment, has become used to the violence perpetrated against her.

But even Offred can only take so much, and when she began speaking about her kidnapped daughter, Moss made the character start to break, just a little. “Please do something,” she whispered, letting Offred’s held-back tears finally fall. But when the Mexican ambassador refused to help Gilead’ sex slaves, Moss used the depth of Offred’s sadness to add weight and edge to her anger, shaming the powerful woman for a moment before once more succumbing to despair. The shades of terror and disbelief that the actress brought into her voice as she reminded the diplomat, “We’re human beings. How can you do that?” were so affecting, they’ve haunted us all week. And when Moss then quickly had to pivot to confused, shaky hope when the possibility of her presumed-dead husband’s survival was dangled? That sound you just heard was Moss’ 2017 Emmy buzz hitting a fever pitch. 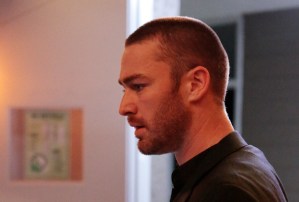 HONORABLE MENTION | The brief moments that Alex Parrish appeared to be hovering near death in Quantico‘s season finale certainly weren’t fun for her longtime love Ryan, but man, did they give Jake McLaughlin some good stuff to play. McLaughlin’s Ryan Booth is an unflappable soldier; as such, the actor is nearly never given the chance to show us what his character is like during a complete and total freak-out. But after Alex’s shooting in Monday’s episode, McLaughlin allowed Ryan to shed his stalwart façade and, huddling over her body, give in to his grief over the idea of his lady succumbing to her injuries. Our favorite part? When the gang informed Ryan that it was all a ruse — sold by his authentic reaction — and McLaughlin had Ryan cover his face and take a moment to sob in giddy relief before carrying on with the mission at hand. 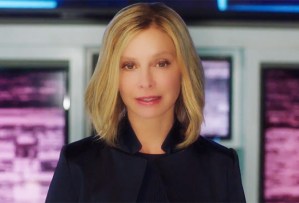 HONORABLE MENTION | Calista Flockhart wasn’t just a breath of fresh air on this week’s episode of Supergirl — she was like a hurricane, one that naturally blew everything back into place. From that heartbreaking speech to Kara about the importance of love, to the inspirational speech for the desperate people of National City, Flockhart owned every millisecond of Cat Grant’s screen time. Despite a season-long absence, Flockhart didn’t miss a beat; it was as if she never left, a dream for all Supergirl fans. Just as Cat is able to bring out the best in the show’s characters, Flockhart’s presence clearly inspires the stars to elevate their own performances just to keep up. (Seriously, what kind of a deal with the TV Devil do we need to make in order to get her back full-time in Season 3?) 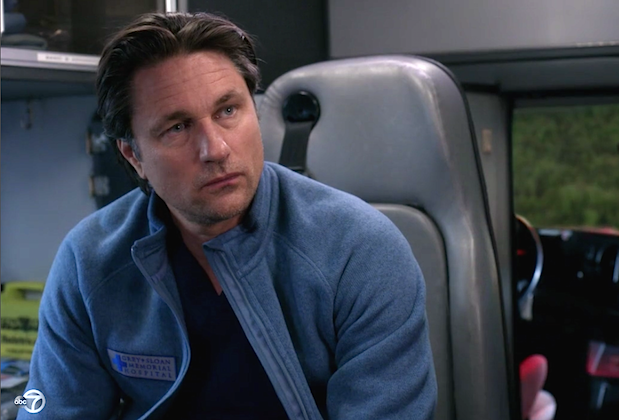 HONORABLE MENTION | Before revealing to Nathan in the Season 13 finale of Grey’s Anatomy that lost love Megan had been found alive, Meredith made sure that, given all the smoke he’d inhaled, he could breathe. But really, somebody should have also checked on viewers. Martin Henderson played Riggs’ reaction to the news with such a powerful mixture of confusion, hope and, above all, vulnerability that when, in disbelief, he told Grey, “That’s not funny,” we nearly choked on the words he was saying. Later, when the reality of the situation had sunk in, the actor so completely wrapped himself up in Nathan’s joy that, like the character, we forgot for a second that he was expressing that excitement to — and embracing! — his new girlfriend. So, though it might have been Grey Sloan that went up in flames, it was definitely Henderson that was on fire.