Remember last season on The X-Files, when Mulder took out his frustrations by destroying his iconic “I Want to Believe” poster? As a longtime X-Phile, what I’m about to argue feels like a betrayal of equal magnitude, but here goes:

If Fox’s long-running sci-fi drama is to continue, it’s time for series creator Chris Carter to take a giant step back from the show. 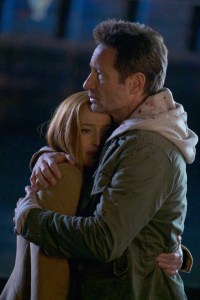 I say this not in reaction to the polarizing twist — Cigarette Smoking Man, and not Mulder, was the father of Scully’s son! — that Carter wrote into the Season 11 premiere and doubled down on in the finale. Nor am I reacting to the highly unlikely (“‘implausible’ is the word Dr. Scully would probably use to describe it,” a good friend and fellow hardcore fan pointed out) scenario that the previously barren Scully is now miraculously pregnant with Mulder’s baby at age 54.

No, my disappointment comes from the fact that among the X-Files writing staff, ironically, Carter seems the least attuned to what makes the show great. His four mythology episodes in Seasons 10 and 11, all bearing the title “My Struggle,” were supposed to root the revival in the series’ sprawling conspiracy. Yet when they weren’t confusing (wait, what parts of the Season 10 finale were/weren’t Scully’s visions?), they were confounding. 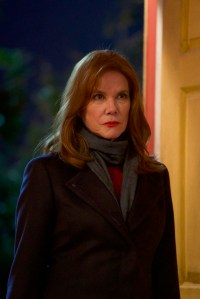 What purpose, other than “Need more Syndicate-ish figures,” did the Erica Price/Mr. Y/space-colonization storyline serve? Why, after a season of keeping the secret of William’s true parentage, did Skinner reveal it to Scully off screen? And couldn’t a few minutes of Mulder zipping around Virginia in his midlife crisis car in the Season 11 finale have been sacrificed for a longer first meeting between Fox and Jackson, or for a little breathing room between “William was an experiment, Mulder” and “You are a father” during that end-of-episode reveal-a-palooza on the docks?

Those last moments I mention — highly emotional for Mulder and Scully and incredibly important to the series’ central story — are the very reason the revival should’ve existed. But in Carter’s hands, they feel secondary and tossed-off.

RELATED So You Think You Can Dance, 4 Others Get Summer Premiere Dates at Fox

Perhaps that’s because other members of the series’ writing staff turned in episodes this season that both played with The X-Files‘ eerie, quirky nature and allowed us to see how the years have affected Mulder and Scully. The monologue James Wong wrote for Scully in the morgue in “Ghouli” is rife with Scully’s regret and senseless love for a dead boy she doesn’t even know. It’s one of the finest bits this series has ever handed Gillian Anderson, and she nailed it beautifully. Shannon Hamblin and Kristen Cloke’s “Rm9sbG93ZXJ,” aka the killer Artificial Intelligence episode, was funny, scary and exhibited some of the most inventive storytelling in the series’ entire run. And Benjamin Van Allen’s “Familiar” was simultaneously an effectively terrifying X-file and a character study of a kinder, gentler Mulder who seemed to finally connect with the devastation a child’s death can wreak in a family’s life. 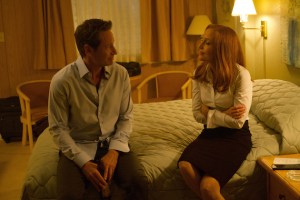 Here’s the frustrating thing: Carter still knows how to deliver on this level, as well. “Plus One,” his non-mythology episode this season, included Mulder and Scully’s tender, melancholy ruminations on the intertwining of their lives. It spoke to the segment of the fandom that has enjoyed tracking the FBI partners’ evolution into a romantic pair. And it was a creepy doppelganger story with some great dialogue, to boot.

We’ll never know whether a focus on those Weirdness of the Week-type stories — rather than bookending the run with the global, nefarious, hard-to-follow collusion plot Carter seems to love — would have helped Season 11’s ratings, which started with 5.2 million total viewers and a 1.3 demo rating but dove to under 4 mil and 1.0, never to recover. But I would’ve liked to see The X-Files try.

Look, those ratings likely mean that a Season 12 renewal is about as far from a sure thing as Agent Pendrell coming back from the dead. That’s why it feels like the crucial time for a new tack, for Carter to step back and let a mix of his trusted associates like Wong and Darin Morgan take a crack at running the series — or better yet, hand over the reins to former executive producer Vince Gilligan.

That might do the trick… or so I want to believe.