THE PERFORMANCE | Discovery‘s Michael Burnham is a full-blooded human, but she was raised by Vulcans, so we rarely get to see her true feelings come to the surface. This week, though, she was put through the emotional wringer with a barrage of jaw-dropping twists, giving Martin-Green an opportunity to deliver her finest performance of the season.

She put on a convincingly tough front at first, with Burnham trapped in a mirror universe where she’s forced to pose as an evil starship captain who rules with an iron fist. But that front crumbled when she ran into a mirror version of her Vulcan surrogate dad Sarek, as a tiny hint of recognition fluttered across Martin-Green’s face. And when her love interest Lt. Tyler revealed that his body is actually housing a Klingon spy (!), Martin-Green conveyed the resulting shock in gut-wrenching fashion, her eyes welling up with tears as Burnham was forced to point a phaser at the man she thought she loved. That’s not all, either: Burnham also learned that her beloved late mentor Captain Georgiou is alive and well in the mirror universe, and Martin-Green reacted with a poignant moment of stunned, wide-eyed wonder, with a thousand wildly mixed emotions clearly whipping through Burnham’s mind.

Equally adept at big action scenes and quiet character moments, Martin-Green has been the glue holding Star Trek: Discovery together all season long — and all those weeks of repressed emotion just made this week’s splendid showcase all the more impactful. Here’s hoping Burnham lives long… and prospers. 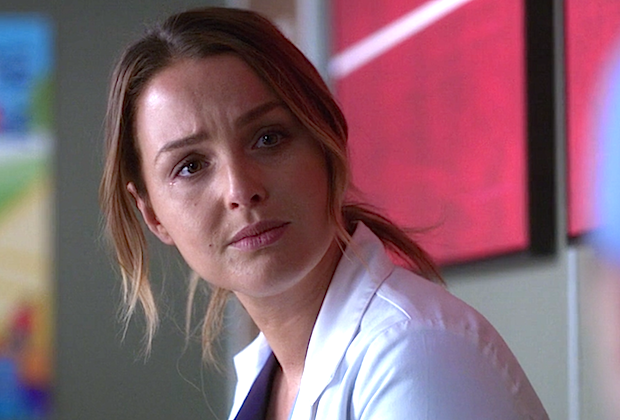 HONORABLE MENTION | If you’ve ever wondered what they mean when they say acting is reacting, you should check out Thursday’s Grey’s Anatomy. In “1-800-799-7233,” Camilla Luddington was tasked with making us feel, with every hitch in Jo’s voice, every stunned expression that crossed her face, every instance in which she recoiled, how terrified she was of the husband who’d spent years using her as a punching bag. Not only did the actress rise to that harrowing challenge, she also managed to give us glimpses, fleeting but powerful, of the fury with which the abuse had left Jo, like a scar that wouldn’t heal. We seriously doubt that she was responsible for the hit-and-run that had befallen her ex by the hour’s end. But, thanks to Luddington, if Jo had been behind the wheel, we’d sure as hell have understood why. 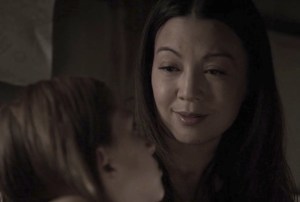 HONORABLE MENTION | As Marvel’s Agents of S.H.I.E.L.D. toggled between timelines, Ming-Na Wen broke our hearts in multiple ways. From go, we felt the fighter’s frustration amidst the latest circumstances, as she groused to Coulson, “If I can’t protect the team, what? I’m not a scientist, and I can’t fly a dead aircraft.” But as May’s past was revealed to us — especially the instant a tweenage Robin called her “Mom” — her role in saving the day become clear. “You’re not afraid?” the young seer asked the dire future. “A little. But you’ll be there by my side,” May reassured, as Wen embraced a rarely seen warm, maternal version of her character. “Just like I’ll be there for you, in the end.” And indeed she was, as future May cradled the old, dying version of the girl she lovingly raised. 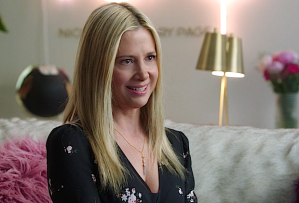 HONORABLE MENTION | To make her sendup of Goop guru Gwyneth Paltrow in Wednesday’s Modern Family so savage as to be sublime, Mira Sorvino had to be absofreaking fearless. That was a question. Luckily, the answer was, holy crap, was she ever. From the moment Haley sat down for her job interview with Nerp founder Nicole Rosemary Page, Sorvino let looser than we’d realized loose could get. As her kooky-as-hell actress-businesswoman explained that she saw her lifestyle brand as the next Disney-Facebook-Tesla-Botox, the Oscar winner had a complete and total field day, playing with her speech patterns and pronunciations of words, and contorting her face into a kaleidoscope of “mahd” expressions. Before the scene ended — with Nicole clutching a yoni egg (props to the prop department!) — we were dying for Haley to get the gig, if only so we could look forward to Sorvino giving us another “goop” laugh. That was not a question.