Question: Please tell me the glimpse we got of Cristina in the Grey’s Anatomy premiere foreshadowed an actual appearance by Sandra Oh this season. — Janet
Ausiello: I and, for that matter, Grey’s EP Krista Vernoff would love to tell you that that was happening. “I would give anything for a visit from Sandra Oh,” she says, adding with a laugh, “Do you know her? Can you call her and talk her into it?” In all seriousness, the nostalgic 300th episode sounds like it would be the perfect occasion for Cristina to pop in and reminisce with her pals at Grey Sloan. “That would be a fine occasion for a visit,” Vernoff agrees, “but it’s not happening. So I don’t want people imagining or hoping it will and then being disappointed. Sandra (now headlining BBC America’s Killing Eve) may one day come back for the end [of the series] or something, but she’s not coming back this season.” Sorry, Janet.

Question: Any chance Sara Ramirez will return temporarily or permanently to Grey’s Anatomy this season? —Barbara
Ausiello: Alas, no. Although “there’s nobody who’s a bigger fan of hers than I am, she has moved on from the show,” sighs Vernoff. “If she would come back, I would be thrilled to have her. But she’s got a very busy life in New York.” (That Real O’Neals blow-up last season probably didn’t help, either.) In Ramirez’s — and Callie’s — absence, “I’m very much keeping alive the idea that Arizona is Sofia’s mother, too,” says the EP, “and we are getting back to her parenting in certain ways this season.”

Question: Still can’t believe the way last week’s This Is Us ended. You’ve gotta know something more about Jack’s death, right? —Rachel
Ausiello: I know that this week’s episode is Jack-heavy… but it doesn’t shed much more light on exactly how the Pearson dad died. Looks like we’re going to have to wait a while for that. Consolation: If you’re a fan of Kevin’s abs, there’s a lot to like about this week’s installment. 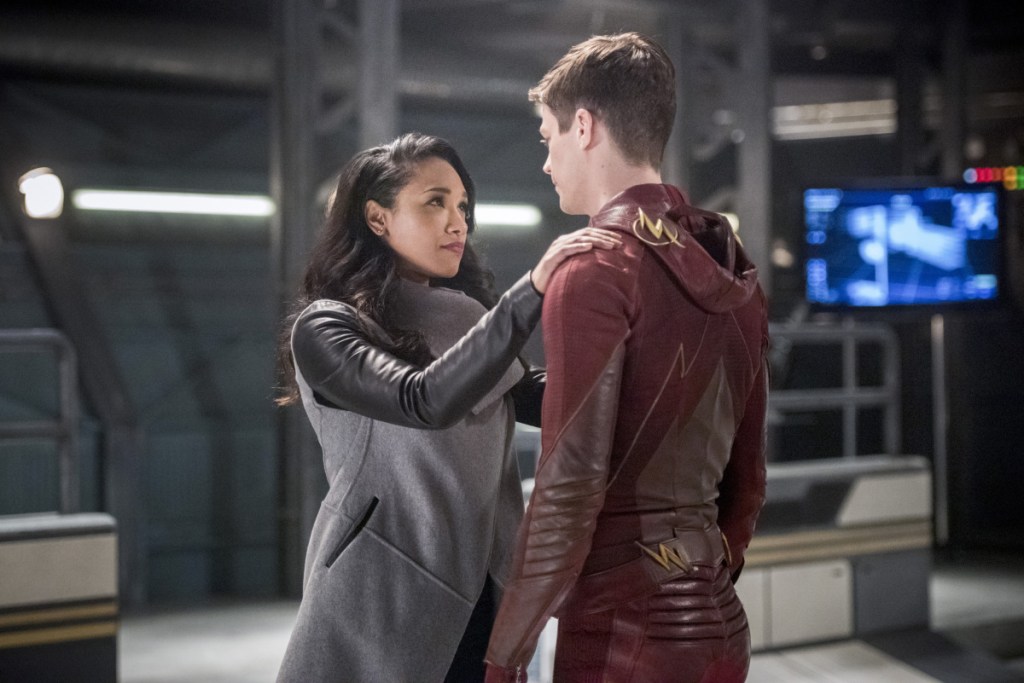 Question: How will The Flash’s Barry react to Iris being the team leader at S.T.A.R. Labs? — Malasha
Ausiello: “I think he loves” that Iris is now leading the charge, showrunner Todd Helbing says. But upon his return from the Speed Force, “it’s a new dynamic that he’s walking into, so there’s a big learning curve. It’s not just Cisco and Wells behind the command station, it’s the woman he loves. It’s going to take a bit of time for him to get used to that.”

Question: I’m wondering if Tom Keen/The Blacklist is the answer to the latest Blind Item… —Guliherme
Ausiello: Confirmed! But it remains unclear if producers will stick with their initial plan and kill off Ryan Eggold, whose Liz-loving alter ego was still technically alive in that flash-forward (and will remain so when the scene picks in November sweeps). But he’s in very, very, very, extremely, very bad shape.

Question: Will Supernatural‘s Sam and/or Dean have a romantic interest in Season 13? —Elle S.
Ausiello: “I don’t think this is that show, honestly,” executive producer Andrew Dabb tells TVLine. “Neither of them is looking for love, let’s put it that way. Sam has been in love multiple times, and Dean has had his own relationships… There was a time when Sam and Dean, and particularly Sam at one point, thought they could have a normal life and walk away from the fight. I don’t think either of our guys look at it that way anymore. They know they’re going to fight until they can’t fight anymore, either until they win or they die. When you’re committed to that fight, the idea of bringing someone into that and being like, ‘Hey, let’s get married’ [doesn’t compute]. I’m not sure either of our guys is really looking for that at this point in time.”

Question: I feel like some final-season New Girl scoop should be trickling in. Got anything? —Joel
Ausiello: Given that the farewell season jumps ahead three years, it was a given that Schmidt and Cece’s kid — who was still a fetus in Season 6 finale — will be age 3 when the action picks up. But here’s some new New intel: I hear their tot is both a she and an unapologetic smarty-pants. 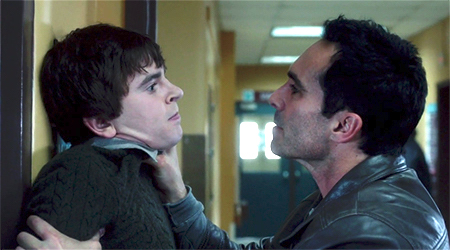 Question: This Bates Motel fanatic would very much like to see Norman reunite with Norma on The Good Doctor. Any chance Vera Farmiga might pay Freddie Highmore a visit this season? — Charlotte
Ausiello: I suppose there’s always a chance, but I don’t believe there are any current plans for the dynamic duo to get back together. Can I interest you in a reunion between sworn enemies Norman and Romero? Because The Good Doctor is staging one of those, albeit behind the scenes: Sources confirm to me exclusively that actor/director Nestor Carbonell will helm an upcoming episode of ABC’s hit rookie doc drama.

Question: Any scoop on NCIS: New Orleans‘ Percy and LaSalle? —Semaj
Ausiello: If you mean romantically, Percy and LaSalle of course have still not fully discussed their affection for each other — nor is either willing to confront the other. And that, I am hearing, will cause friction between the two, especially when they are paired up on an upcoming case.

Question: I’m returning to Arrow after a year break, thanks to the Katie Cassidy news. Do you have any Black Siren scoop to tie me over until October? —Helen
Ausiello: During an in-depth Q&A with Matt Mitovich, Stephen Amell indicated that of Team Arrow, “Oliver, ironically — and despite the fact that she allied herself with Adrian Chase — is the most hopeful one” when it comes to Black Siren perhaps one day being redeemed. “He’s like, ‘If theres a bit of Laurel in there, I want to find it.'” The feeling however is not at all mutual. As Amell puts it, stone-cold Black Siren feels “nothing” when she looks at the other Laurel Lance’s loved ones, Ollie included.

Question: First time writing in, looong time fan. Got any scoop on Agents of S.H.I.E.L.D.? P.S. Loved your book. —Angie
Ausiello: As with all things Marvel — and especially since S.H.I.E.L.D. won’t return until Inhumans has wrapped its eight-episode run on Friday nights — intel remains scarce. Even Ming-Na Wen at New Jersey’s Heroes & Villains FanFest would only confirm that the 22-episode Season 5 will arrive in late November, while vaguely teasing, “You will be very, very impressed [by the premiere]. There’s a lot of action.” (P.S. Thanks for the book props, Angie!) 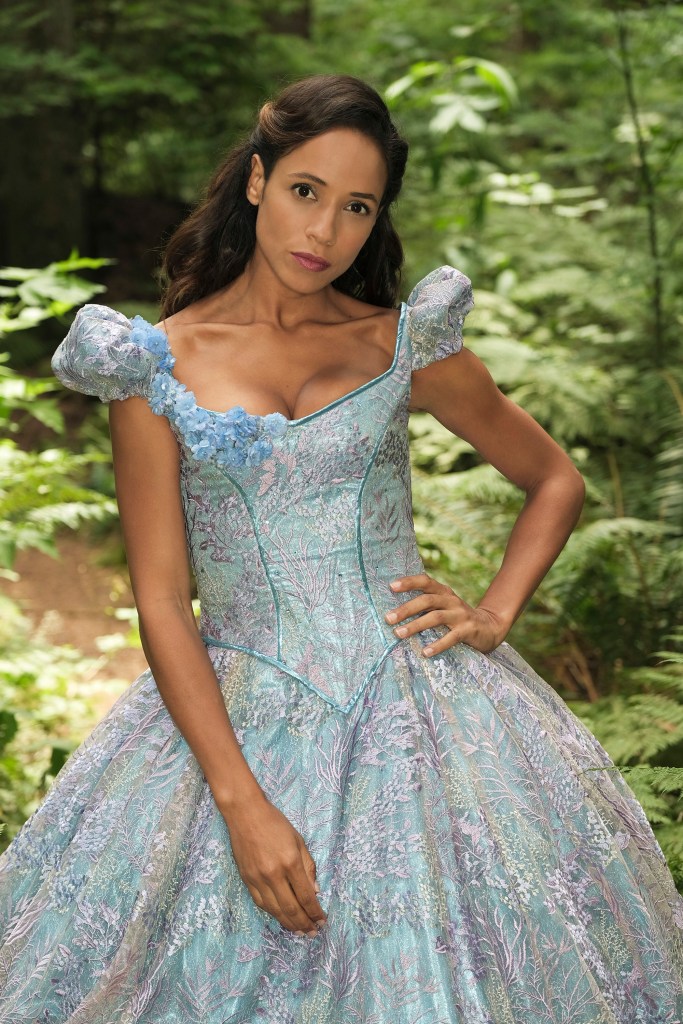 Question: On Once Upon a Time, will we see Cinderella’s other evil stepsister, Anastasia? — Rebecca
Ausiello: Yes — at least in flashbacks, seeing as Episode 9 of the “reset’ season (premiering Friday at 8/7c) will feature a tweenage Anastasia. Interestingly, this younger Anastasia, regardless of how she turns out, is described as “a happy and selfless” lass who “loves her sister and step-sister alike.”

Question: Outlander reader here. I’m concerned about Season 3 being only 13 episodes long. Voyager has so much going on and so many different locations (and timelines!), did the creators have to cut out a lot of the book to stay in 13 episodes? Any other cool tidbits to share on the upcoming season? —Katie
Ausiello: You’ve already seen how much the show is condensing the decades that Claire and Jamie are apart — the entire Dunsany storyline, for instance, was contained in Sunday’s episode — but we asked Caitriona Balfe how events that take place after Mr. and Mrs. Fraser’s reunion might play out… especially the sprawling chunk of the novel that takes place in the Caribbean. (Caveat: We’ve promised Starz not to reveal some crucial spoilers, so her answer reads accordingly.) Referring to one Jamaica-set scene from the book that is not in the series, the actress says, “When you’re reading the book, it’s like dreaming. You see the film in your head, and you can get away with so many more things in book form than you can if you’re showing it. And I think if we were to show this kind of interaction with [REDACTED] and [REDACTED]… I don’t know that that would work.” (And if you remind me later this season, I’ll fill in the quote so you know exactly what she was talking about.) 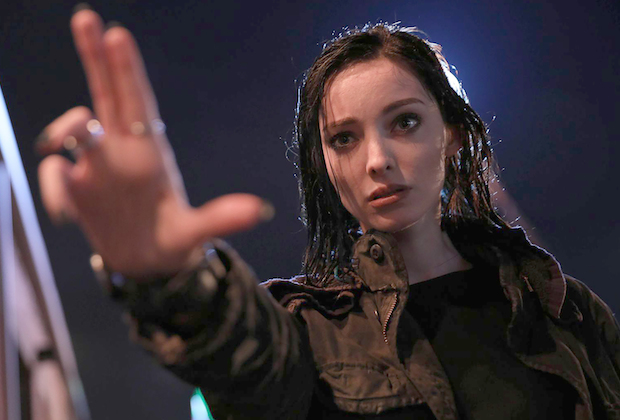 Question: Have anything yet on my brand-new obsession, The Gifted? —J.
Ausiello: Coming out of last night’s angsty cliffhanger, Episode 2 is “super-continuous, and super-intense,” show boss Matt Nix tells us. “If you liked the pace an scale of the pilot, we do not let up in the second episode.” While the heroes who did escape the Sentinels deal with detours (“We’ve seen Blink’s portals working great, but what if they don’t? Really interesting things happen,” Nix teases), Reed endeavors to reunite with his family — though, Stephen Moyer says, “there are going to be many things along the way that stop him from being able to do that in the way that he had hoped.”

Question: Concerned Scandal fan here. I’m not a fan of the dark path Olivia is traveling. Are we still going to like her in Season 7? –Kate
Ausiello: I can’t say whether or not you’ll like her — that’s always subjective — but I can say there’s a good chance you’ll fear her more than you have in the past. She may not be working at OPA anymore, but as you’ll see in Thursday’s season premiere, she isn’t afraid to get her hands dirty. (The season premiere also finds Olivia delivering what just might be the longest speech in Scandal history, so strap in.)

This AAnd That…
♦ I don’t remember the last time I enjoyed a Grey’s premiere as thoroughly as I did last Thursday’s two-hour Season 14 kickoff, which — no coincidence — was penned by returning writer/co-showrunner/MVP Krista Vernoff. Characters that had begun to grate (see: April, Maggie, Alex) are suddenly acting like real adults and not petulant children. As a result, I like them again. And the lightness and whimsy we’d been promised? Vernoff and director Debbie Allen delivered it in spades. It’s early days and it could all fall off a cliff this Thursday but so far so really, really, really good. 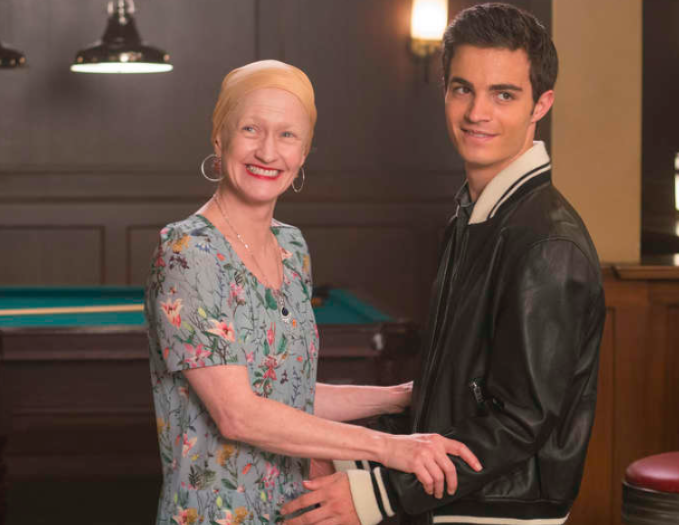 ♦ I’m mad at Ray Donovan for its handling of Abby’s death this past Sunday. I did not buy that this mother of two — who has more fight in her than all of the series’ male characters combined — would so quickly and easily throw in the towel in her cancer fight. She went from attending her own ribbon-cutting ceremony — where she smiled and cracked jokes and stood on her own two (admittedly frail) feet — to downing a carafe of pills in the span of a couple hours. The whole thing felt rushed and in service of plot versus character. The one-woman wrecking ball I had come to know and love would’ve at the very least held out another day to see if hubby Ray’s wild goose chase bore any fruit before rendering her children motherless. On the bright side, man did Paula Malcomson turn lemons into lemonade with her raw, visceral, restrained performance. She did Abby proud.
♦ Hey, Psychos — I’m moderating the movie/revival/reunion panel this Saturday at New York Comic-Con.    Who’s gonna be there? Who’s sending me questions in advance (via askausiello@tvline.com?) Who’s bringing me a fresh large Diet Coke from Chipotle with extra ice? (Answer to the last Q is James Roday).
♦ Speaking of classic TV comedy resurrections, I recently asked John C. McGinley about the possibility of a Scrubs revival and his blunt answer totally and completely caught me off guard. Watch me squirm and awkwardly laugh and quietly pray the pain away below!