We’ve got questions, and you’ve (maybe) got answers! With another week of TV gone by, we’re lobbing queries left and right about shows including The Walking Dead, Timeless, The Flash, Grey’s Anatomy and The Voice! 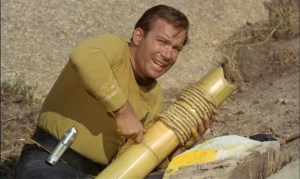 1 | Did the gizmo MacGyver made to blast through the train couplings (cylinder + shavings of something + igniter/fuel) remind you of the cannon Captain Kirk jerry-rigged to take down the Gorn?

2 | Short of Tom Hanks joining the cast of Saturday Night Live outright, can we at least get a Night at the Roxbury-style movie featuring David S. Pumpkins?

3 | Why do the Westworld staffers wear those hazmat suits sometimes when they’re in the park, anyway?

4 | On Madam Secretary, even though it wasn’t Halloween-related, wasn’t the hacking of the McCord family home’s electronics pretty spooky?

5 | Was it cruel — or a kindness — of The Walking Dead to include that cheerful fantasy scene at the tail of its harrowing Season 7 premiere? And how much more vile did it make Negan that he cracked bad jokes while brutally murdering [Spoiler] and [Spoiler]? Also, did you for a hot minute there think the premiere would try to go the full hour before confirming his victims?

6 | Does anyone really believe that Talking Dead host Chris Hardwick had zero idea who would be dying on TWD? (If so, there’s a bridge down the street from TVLine’s NYC office we can get you a sweet deal on.) And since there had been reports of possible rain, how was there no tent on 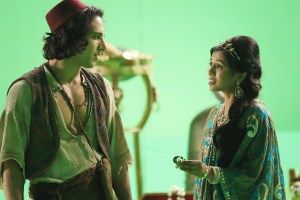 standby to shield the after-show’s guests?

7 | No, Once Upon a Time‘s Aladdin doesn’t “have to” sound Middle Eastern, but what was that accent he had going on??

8 | Wouldn’t you like to see Quantico’s Caleb back soon, if for no other reason than to spar with Harry? (Verbally or physically; we’ll accept either.)

9 | Is Supergirl no longer keeping her human identity secret at the DEO? How else to explain Kara working on an article at HQ before changing into her supersuit in front of everyone? And is it any wonder POTUS got attacked, with all those random civilians on the tarmac and barely any security nearby?

10 | Did The Voice hire American Idol‘s maddening director/camera operator — the one who was obsessed with closeups of J.Lo singing along to performances — and ask him or her to give the same treatment 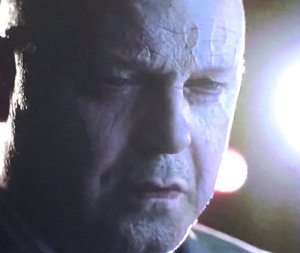 11 | When Captain Barnes’ skin began crackling on Gotham, did you almost expect Michael Chiklis to turn into The Thing? (Do you think Marvel’s lawyers lunged for the phone?)

12 | Is Timeless‘ Lucy going to hit on in the past every week? And should someone keep a scorecard for Timeless/DC’s Legends of Tomorrow overlap, starting with Mission to Keep Atom Bomb From Entering WWII Too Early! and Team Member Who Boasts of Speaking Several Languages?

13 | Weirdest sight in Netflix’s Gilmore Girls trailer: Kirk sitting down for Friday night dinner, or Emily Gilmore in a T-shirt and jeans?

14 | This Is Us‘ persistent Toby: sweet or annoying? Also, now that we’ve seen the aftermath of William’s death (sniff!), how long do you think he has left in the present storyline? 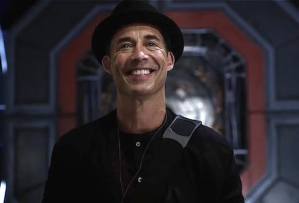 16 | When you repeatedly punch Arrow‘s Mr. Terrific in the face, do you get gobs of grease paint all over your fist? And how is Curtis explaining his facial bruising to the husband?

17 | Is there a (dangerous) drinking game for every time a Designated Survivor character starts a sentence, “With all due respect…”?

18 | Is there a more uncanny mother/daughter casting than Frequency‘s Devin Kelley and Peyton List?

19 | Which part of Grey’s Anatomy made you lose it more — A) the doomed mom-to-be imagining what a great baby daddy her BFF would make, B) said BFF breaking down in front of Alex, or C) Amelia recounting the sad story of her baby’s 43-minute life? Or were you too irritated that Jo and DeLuca were being pushed together to be affected by anything?

20 | How to Get Away With Murder wouldn’t kill Connor — would they? WOULD THEY? Also, raise your hand if you found the inevitable Laurel/Wes sex scene more awkward than hot.

21 | What are the odds that The Great Indoors‘ tent-bound staffer will be like Home Improvement‘s Wilson — aka heard but never fully seen? 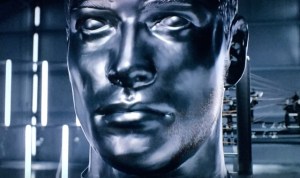 23 | Yes, Pitch exists in some alternate reality, but didn’t the framing of the Cleveland Indians as a “joke” team when 20 million people are watching them in the World Series — on Fox — every other night this week seem like an incongruence that could have been fixed with some dubbing? And as much as you were feeling for Blip, didn’t Oscar’s speech about pro athletes being well paid for life upheavals make all the sense in the world?