We’ve got questions, and you’ve (maybe) got answers! With another week of TV gone by, we’re lobbing queries left and right about shows including The Big Bang Theory, This Is Us, Blindspot and Grey’s Anatomy! 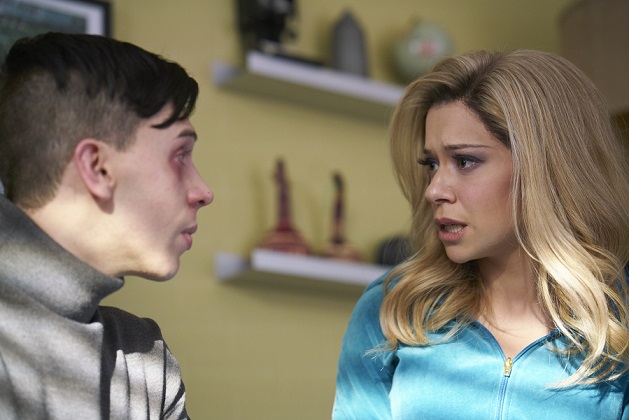 1 | We’re absolutely thrilled that Tatiana Maslany won an Emmy, but we can’t help wondering: What gave her the edge this year? Did it just take the voters four years to finally watch Orphan Black? Was it the awesomeness of Krystal?

2 | Were you aware there was an Emmy Awards pre-show for those attending the ceremony, during which the Stranger Things kids sang “Uptown Funk”? Why wasn’t it broadcast instead of the actual pre-show? Also, they handed out sandwiches and entertained the audience? Someone get those kids a raise!

3 | After watching Chesapeake Shores, we have to ask: Is there a dress code for the bar exam?

4 | Were you thrown by how terrifying Vice Principals’ climactic Season 1 sequence was? Also, who do we think was behind the mask? (Our money’s on Lee.)

5 | We’re only a few episodes in, but who’s a bigger mess on Masters of Sex this season: Bill, who’s lost his license and his family, or Virginia, who’s spite-shtupping therapists and lying to everyone about her marriage to Dan?

6 | How is it that the crackerjack Big Bang Theory writers and the genius Katey Sagal gave birth to such an impossibly grating creation like Penny’s mother? And with so many quality guest stars to wrangle, wouldn’t this have been the time for the show to bust out an hour-long premiere?

7 | Which of The Good Place‘s +/– point values were your favorite? 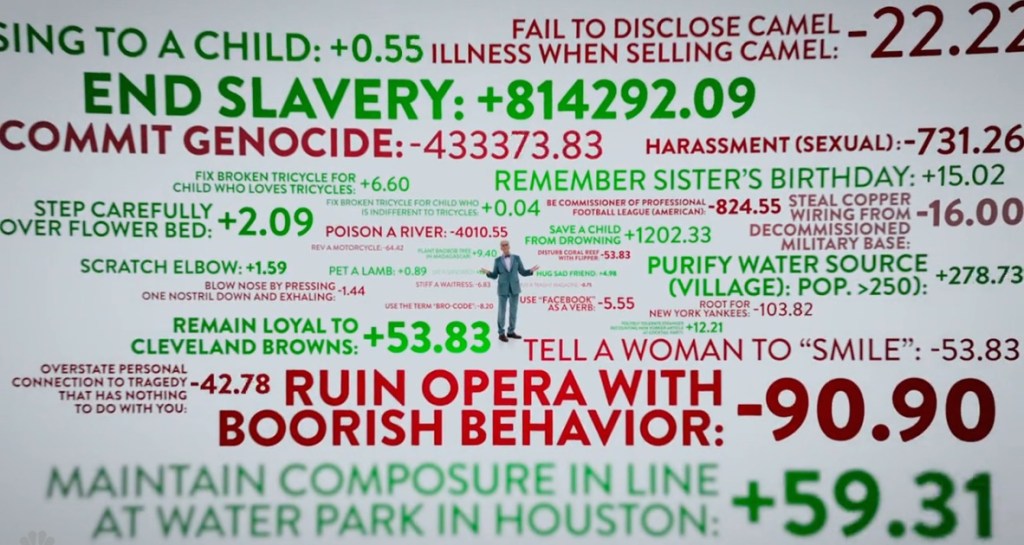 8 | Gosh dang it, did Major Crimes actually end up making us care for Mark, that formerly racist rugrat? But enough already — how absurd is it that oh-so-strict Sharon would allow Rusty anywhere near a potentially explosive arrest scene??

9 | To soon to predict that NCIS‘ Bishop will hook up with Torres? Also, just how old is Alex Quinn supposed to be that she seemingly has trained everybody?

10 | Did Agents of S.H.I.E.L.D. pleasantly surprise you with the quality of Ghost Rider’s flaming skull CGI? And granted, she would just stand there, silent, but was Mallory Jansen quite eerie 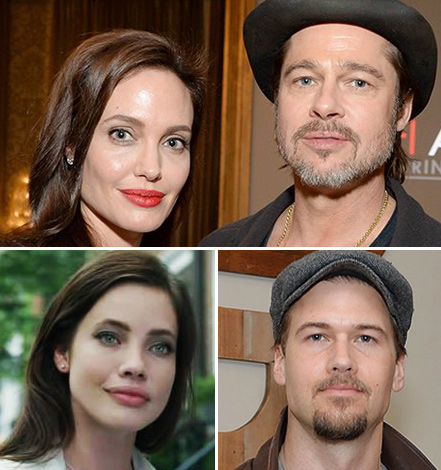 11 | When is the unauthorized Brad & Angelina Lifetime movie coming out, starring Nick Zano and Stephanie Corneliussen?

12 | Dear This Is Us: In what world would Ryan Phillippe, Ryan Gosling or Ryan Reynolds star in a cheesy sitcom like The Manny at this point in their careers? Also, how awesome would it have been if Justin Hartley’s Kevin had done a 3-episode arc on Revenge, not Nashville?

13 | Blindspot‘s Dr. Borden is totally the mole, yes? Probably hoping Patterson finds a way to boot up that Oregon Trail floppy disk, which probably has a virus on it….

14 | Law & Order: SVU watchers: Why was the note about Ali’s care written in English, given that both its author (his mom) and its recipient (his great-aunt) both spoke the same foreign language*? (*Our ears are good, but not good enough to tell the difference between Bosnian, Croatian and Serbian.) 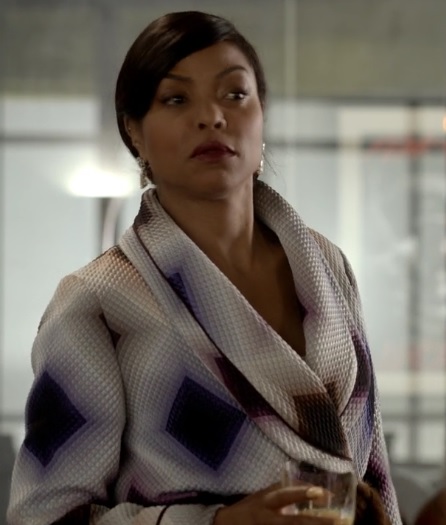 16 | In Lethal Weapon‘s climactic scene, how did Murtaugh know he wouldn’t be driving the truck through the warehouse window and landing on, say, Riggs, or the kid?

17 | Why didn’t Designated Survivor Tom Kirkman hear any kind of explosion outside, just before the State of the Union feed cut out? (Especially since we even heard the licking flames from across town once he opened the window?) Also did we blink and miss Tom getting any kind of briefing before meeting with the Iranian ambassador?

18 | Didn’t black-ish play it pretty fast and loose with the Johnsons’ trip to Disney World? Or, since the last time we visited the park, has it become possible to get from Animal Kingdom to the Magic Kingdom in a matter of moments?

19 | Was Mr. Robot‘s Angela just Keyser Söze-ing us the whole time and secretly pulling all the strings?

20 | Who else is really afraid of when You’re the Worst‘s PTSD-plagued Edgar inevitably hits rock bottom?

21 | Did Grey’s Anatomy work too hard to make sure that Alex wouldn’t hear out Jo when she tried to explain the scene he’d walked into at the loft? Would Catherine really be dingy enough to think that ex-daughter-in-law April would name her baby after her?

And is this sort of tote board a real thing? Broadcasting full last names vs. abbreviations (as with airplane standby seating)? And HIPAA is OK with it?

22 | Be real with us, Blacklist fans: How much longer can the NBC series drag out its Liz/Red mystery before you check out completely? 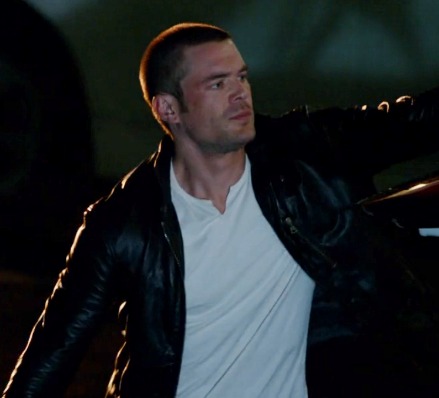 Away With Murder, was Frank’s bathroom shave/buzzcut the most startling TV-character makeover since Felicity Porter lopped off her locks? Also, if Connor is in the bottom 10 percent (!) of his class at Middleton, how the heck did he get accepted by Stanford Law School?

24 | How did a high-profile catch such as Pitch‘s Ginny wind up with an agent who has no sports management experience? And if [big, bold, red spoiler alert] Bill Baker exists only in Ginny’s head, how come we could see him in crowd shots that weren’t from her perspective? 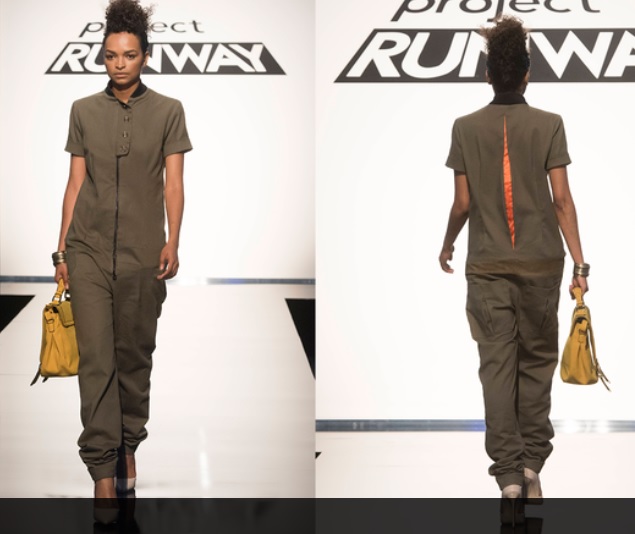 numbers, how long until ABC moves How to Get Away With Murder into the post-Grey’s slot?

27 | Is it possible to flip through the channels these days and not find a true-crime documentary about JonBenét Ramsey?