We’ve got questions, and you’ve (maybe) got answers! With another week of TV gone by, we’re lobbing queries left and right about shows including Major Crimes, Mistresses, Zoo and Tyrant!

1 | Regardless of your loyalty to Killjoys‘ Pawter (R.I.P.), did you jump for joy a bit when that spunky Swiss Army knife Clara resurfaced in the finale, to accompany Johnny?

2 | Wouldn’t it have been fun for Narcos to swap in Nick Offerman for one scene as Pablo Escobar, without comment, to see if anyone noticed?

3 | On Chesapeake Shores, what was Mick thinking, telling the family that something happened to Kevin in Afghanistan in front of his young grandchildren? Couldn’t he have sent the rugrats outside to play, rather than worrying a 10- and three-year-old?

4 | Can more shows follow in BrainDead‘s footsteps and do random “Previously On” segments for long-gone dramas, a la the CBS series’ musical Gunsmoke recap?

5 | Tell us, Ann Coulter — in the end, was the promise of some book promotion worth subjecting yourself to being ripped apart by vicious comedians (and Jewel!) at Comedy Central’s Rob Lowe roast?

6 | Can we agree that this week’s Major Crimes death, while tragic, was a modest price to pay after 12 total seasons of nearly unscathed MCD team members? Also, did Dwight Darnell give anyone else Ricky Schroder vibes? 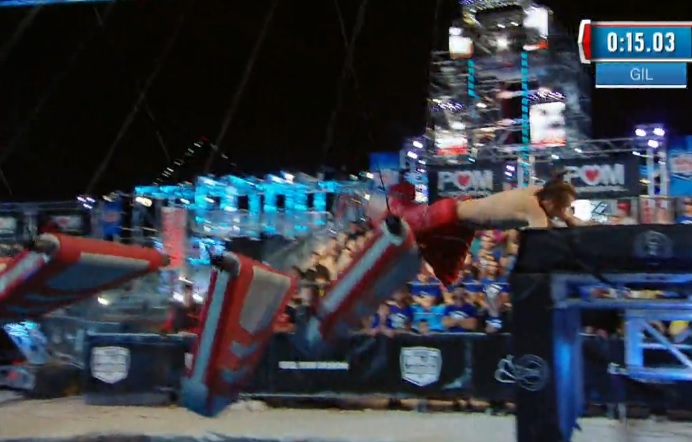 8 | Did Bachelor in Paradise producers really expect us to care even a little bit about Nick Viall’s relationship with Jen, when we already know he’s the next Bachelor?

9 | TVLine reader Minn Beef asks: “Didn’t anyone else wonder how Mistresses‘ Lydia is able to afford a top-floor, corner-unit apartment in L.A. on a nanny’s salary?” We meanwhile ask: How did Karen manage to  fall up and over Lydia’s balcony without taking her suicidal nanny along 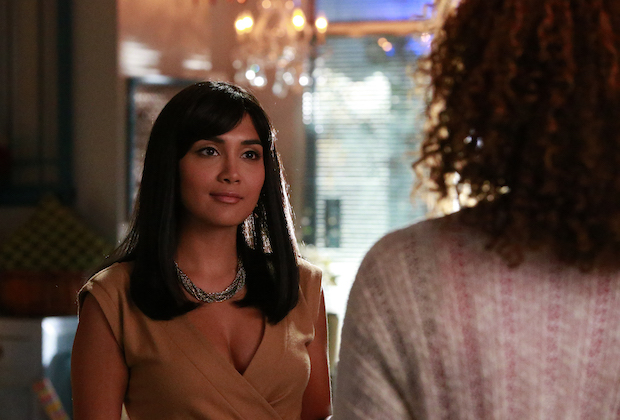 for the deadly ride? And if an existing character is going to replace the dearly departed shrink as the fourth “mistress,” who should it be: Randy? Wilson Cruz’s Dante? Harry’s agent Ari? A fresh-out-of-prison Elizabeth Grey? Or mystery woman Karen Kim 2.0 (pictured right)? Speaking of….

10 | Which was the most bananapants season-ending time jump: Mistresses’ one-year leap and reveal of a “new” Karen Kim, or Zoo’s 10-year fast-forward, in which children are becoming extinct?

11 | Did the sheer volume of Kevin Spacey-centric takedowns during the Difficult People finale seem a tad bit excessive even by the show’s cutthroat standards? (What do we think the House of Cards actor did to piss off creator Julie Klausner?)

12 | On a scale of 1 to 10, how shameless was Live With Kelly‘s touting of a “big,” “mind-blowing” announcement on Wednesday’s show… only to not reveal a new cohost but some silly viewer contest? Also, Kelly Ripa had no idea Taylor Swift and Tom Hiddleston were dating? Really?! 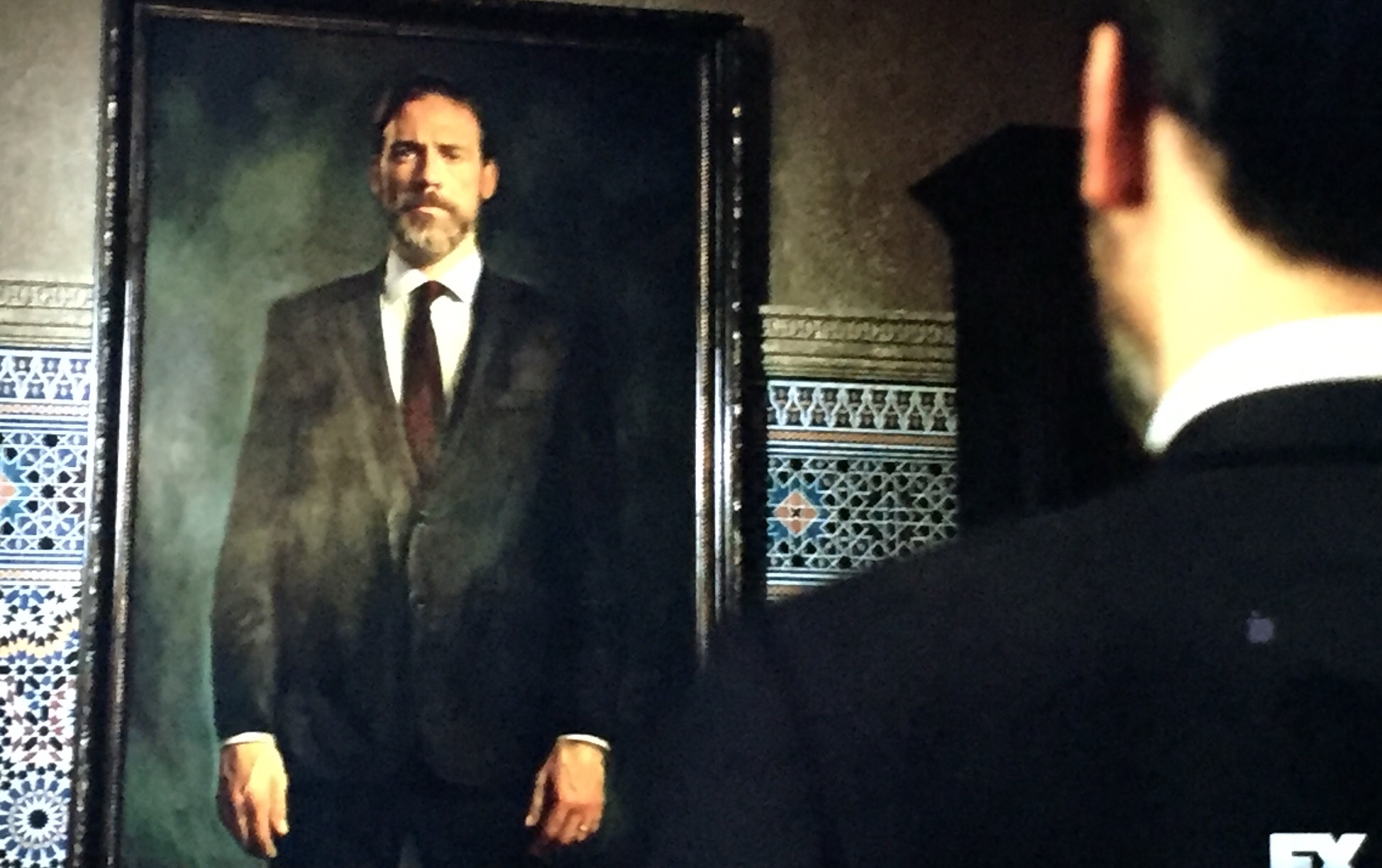 13 | Hey, Tyrant‘s Ahmed — nice gesture, but maybe next time have the painter not give Barry a crooked tie? And with Barry now rather unlikeable, Molly very out of love with him and Jamal long dead, is anyone really clamoring for a Season 4 on some other channel?

14 | Was Jane the Virgin‘s Brett Dier the most game CW guest star yet on Whose Line Is It Anyway?

15 | Why is You’re the Worst’s Paul relying on old-fashioned DVDs for his stab-rehab entertainment? Has this guy never heard of streaming? 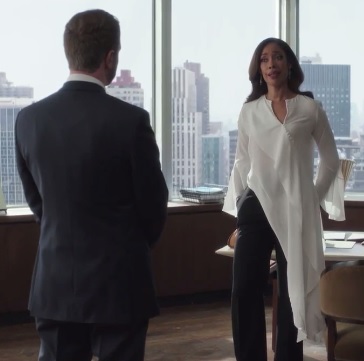 17 | On a scale of 1-10, how happy must Ann Curry have been to read the reactions to Matt Lauer’s poor performance as moderator of NBC’s Commander-in-Chief Forum? And how exactly did Lauer earn the gig over reported contenders Chuck Todd, Andrea Mitchell and Rachel Maddow? And since it seems NBC’s #LaueringTheBar backlash shows no signs of dying down, perhaps it’s time for him to quietly follow Natalie Morales over to Access Hollywood?

18 | Should Cigna have waited to unite the TV docs for a Super Bowl commercial?

19 | For a show that’s only be on four seasons, did Beauty and the Beast‘s blast of flashbacks surprise you with just how young Jay Ryan looked in the beginning? Also, was Cat’s “VinCat4Ever” password a fun, final nod to ‘shippers?

20 | Gay men of the world, how many of you considered running back into the closet after watching the Finding Prince Charming premiere? Also, could there be any more awkward/clumsy rose substitute than a freakin’ tie?

21 | Is it hard to stay mad at Louis C.K. for the extended Louie hiatus when he’s producing the likes of Baskets, Horace and Pete and now Better Things and One Mississippi?

22 | Should Comedy Central opt to keep @Midnight at 11:30 pm instead of finding a replacement for Larry Wilmore, or are you OK with Chris Hardwick’s reasoning that a winner is still chosen at 11:59:59, thus justifying its title in an earlier time slot?

23 | Sorry, we’re once again back to the hugely disturbing KFC ad campaign: Any word on if it has made a dent in sales…? Or has it scared people away?