The following contains major spoilers from this Monday’s Major Crimes.

Though jailed and in standing trial police custody, serial-killing white supremacist Dwight Darnell killed again this week on TNT’s Major Crimes, shocking the courtroom by using the gun that had been admitted, packaged and seemingly disabled as evidence to brutally assault chief witness Dr. Joe Bowman and then pump bullets into a bevy of others in and around the gallery — until Raydor gunned down Darnell, who later died from his injuries.

Among those fatally slain by the shooter was Assistant Chief of Special Operations Russell Taylor, played by Robert Gossett since the very first episode of Major Crimes‘ predecessor, The Closer.

The series’ creator, James Duff, shared with TVLine how the tragic turn came about, revisited his “difficult” conversation with Gossett and more.

TVLINE | Across 200 episodes of The Closer followed by Major Crimes, where do you rank that harrowing cold open?
I rank it fairly high. The first acts of both these last two episodes, 9 and 10, rank very, very high in the scheme of things. But it’s also because of the changing way in which television delivers. We are more serialized now than we have ever been, and the collective power of the first act of our show depends on the two episodes that preceded it. That never would have been the case on The Closer, and it would not have been the case during the first two years of Major Crimes, when our serialization was limited to the development of character. 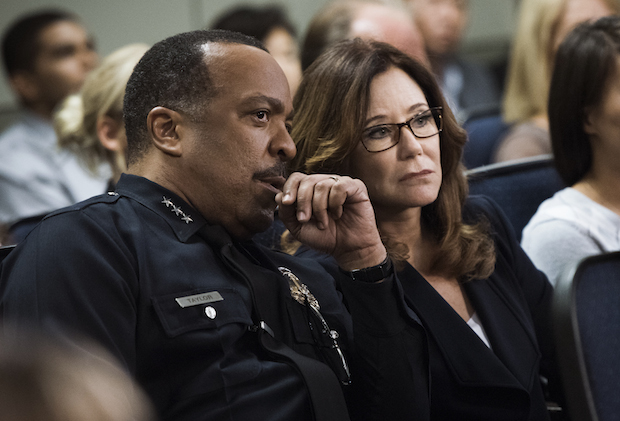 So in a technical way, we were allowed a lot more depth in our storytelling field.

TVLINE | Was there any back and forth with the network regarding the actual gunplay and the brutality of the shootings.
Not a word. There was absolutely no brake put on us by the network at any time, over any moment of the show. They were 100-percent behind us in telling this story. Also, we’re in the 10 o’clock hour now, which demands a shift in thinking about what adult storytelling looks like and feels like, and the way law enforcement is besieged right now sort of calls for this kind of episode, this sort of “shaking up” of the tree. A lot of things went into this cold opening.

TVLINE | I’ve been saying to you off and on over the years that at some point, a long running character who works in this world should probably die. How difficult was it to actually put that to paper, with Taylor?
It was incredibly difficult, for several reasons. One, I’ve worked with Robert for 12 years and I love him. He is a spectacular human being with great talent and great good will towards all of the people he works with. Gina Rivera [who played Daniels on The Closer], she wanted to be on a show where she wasn’t part of an ensemble, so I wrote her out but I didn’t kill her; I just transferred her to Criminal Intelligence. And Kyra [Sedgwick] left [The Closer], and Corey [Reynolds] left, and J.K. [Simmons] left, and there was no violence associated with those departures. But it’s become unrealistic to portray law enforcement as living in an 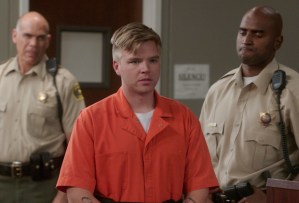 office environment where very seldom are they in danger. They are more in danger now than they have been in quite some time. I felt like that was part of the reason why we did it, though not the only part.

The other thing that was staring at me in the face was that we really couldn’t do “balance” as our theme this season without also explaining the balance of power, and I needed to remove the central authority figure in order to make that work, because the next eight episodes are going to be about filling that office. At the time I was designing this run, I didn’t know that we were going to get the other eight [episodes], so I thought I was starting the end of the original 13 episodes’ story, and these three were meant to stand alone. 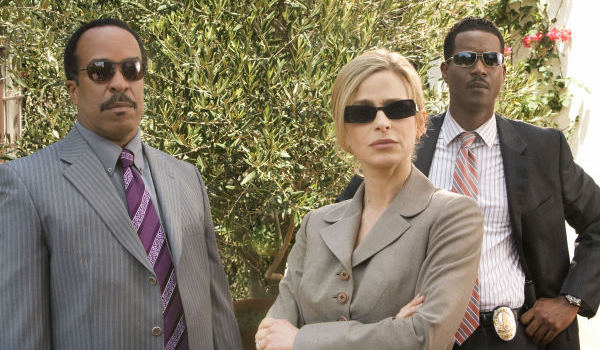 the conversation with Robert Gossett go?
That was a difficult conversation, but not as hard as you might think. Robert has been playing this part for 12 years. Robert is also quite an accomplished stage actor, and someone who was chafing a bit, saying, “Gosh, this part is getting smaller. I don’t have as much to do as I used to” — and I couldn’t disagree with him. He had suggested a couple of times that it felt like it might be that his story had played out, and I couldn’t disagree with him on that either.

So, it’s hard only because we’re all family here, and letting go of a family member, even under the best of circumstances, is hard to do. Though we just had a big party and Robert was there, so he is still part of our family. But it’s always a difficult conversation to have when you’re killing off a character; I don’t know how they manage it on The Walking Dead! I would be a nervous wreck. But I needed it for storytelling purposes; it wasn’t just, “Oh, let’s kill off a character,” or that the show was too expensive. It was all about dramatizing this theme as thoroughly as we could and stay relevant in a world where police officers are at more risk than ever, and also looking at racism in all of its different variants. We looked at racism last year in our five-parter, and I see no reason to let go of it. It’s a big issue.

TVLINE | As far as “shaking things up,” are we to assume that Fritz will hold Taylor’s job temporarily? Will there be a decision Sharon eventually needs to make?
Sharon is going to be in the race for Assistant Chief [of Special Operations], and she will be in that race with Camryn Manheim (see related news story) and an as-of-yet unannounced third actor. And that will be the thrust of the back eight [episodes], which is: “Who will get that job?” — and the changes that come with it.

Want scoop on Major Crimes, or for any other show? Email insideline@tvline.com and your question may be answered via Matt’s Inside Line.