We’ve got questions, and you’ve (maybe) got answers! With another week of TV gone by, we’re lobbing queries left and right about shows including Preacher, Orphan Black, Bones and Orange Is the New Black!

1 | Don’t you wish Outlander had given Angus a few final words, rather than just guttural noises and blood-spitting? 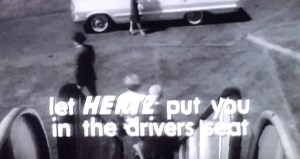 2 | Did seeing this commercial during 30 for 30‘s O.J. docuseries make you wonder how Hertz for so long got away with that missing apostrophe? Ugh.

3 | How is it that the Tonys are vastly more entertaining than other awards shows? Is it because of the snippets of Broadway productions (e.g. Hamilton, Waitress) that are not readily available to so much of the country? What can the Emmys and Oscars learn from their lower-rated, niche-y “cousin”?

4 | Which was more shocking, Penny Dreadful fans — that Vanessa allowed Dracula to bite her or that Dorian set up Lily to be “cured” by Victor? Also, how hollow was Ethan’s renewed dedication to Vanessa after he abandoned her and shtupped Hecate?

5 | On Game of Thrones, does Pod and Bronn’s conversation outside Jaime’s tent get the Meta Moment of the Year award? 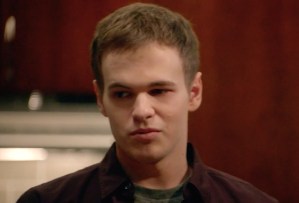 meant to make us feel sorry for the no-good, rotten Donnie? If so, did it work? (Our answer: Uh, no.)

7 | Who is it that Major Crimes‘ Rusty reminds us of, with his new haircut? Could it be… Dexter Morgan??

8 | Is American Ninja Warrior followed by Spartan: Ultimate Team Challenge a little too much athleticism for one night of programming (asks the Couch Potato)? And how is it possible that none of the Spartan teammates flashed anyone while pulling on each other’s shorts and shirts to climb up the slip wall?

9 | Hey, it’s summer, so time for us to again ask: Why does America’s Got Talent insist on showing Nick Cannon mugging to the camera from the wings, using either of exactly two facial expressions?

10 | How did your own B.S. detector fare during the first episodes of ABC’s To Tell the Truth revival? (Did that redhead’s dramatic hair color kind of tip you off that she was the circus contortionist?)

11 | Which Person of Interest fans instantly made the connection between “Dashwood” and the Sense & Sensibility novel Finch used to propose to Grace, versus which of you perhaps didn’t pay the best attention during seventh-grade English?

12 | Would TBS’ Wrecked stand to benefit greatly from finding a way — no matter how implausible — to resurrect James Scott’s ill-fated Liam? 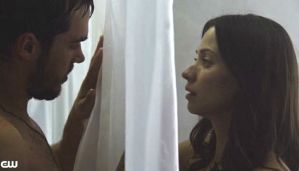 14 | How much you wanna bet that ABC tries to “meta away” the Noah Galvin hullabaloo by having his Real O’Neals character “sound off” on a gay TV character or a closeted classmate, and then offer up a mea culpa?

17 | On Orphan Black, doesn’t it seem like the island is awfully easy to get to in a short amount of time? (Is it near Nanda Parbat?) And once the fifth and final season has aired, can we please get a sitcom centered around Krystal? Or maybe a Sex and the City-type series?

18 | Was Bones devoting an entire subplot to Brennan and Booth de-cluttering their home a sign it truly is time for the show to wrap up? 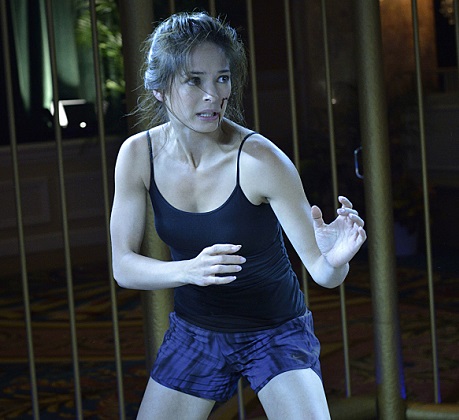 19 | Even though The CW’s terminal Beauty and the Beast isn’t a part of the Berlanti-verse, can Legends of Tomorrow add “ass-kicker” Catherine to the team for Season 2? (Kristin Kreuk’s roundhouse kicks!!!)

20 | Should watching 120 straight minutes of Aquarius be a new obstacle on NBC’s American Ninja Warrior?

21 | If Orange Is the New Black all takes place during Piper’s 18-month prison sentence that began in mid-2013, wouldn’t Lolly’s joke about a “Cosby dream shot” in the Season 4 premiere — re: the allegations that swept the nation in November 2014 — put Piper quite close to her release? And if so, can the show survive for three more seasons without her?