THE PERFORMANCE | In the world of MTV’s Teen Wolf, an “anchor” is something the werewolves focus on — it can be a person, a feeling, or even a memory — in order to retain their humanity. After Monday’s episode, it finally hit us that Teen Wolf has an anchor of its own: Dylan O’Brien’s Stiles.

Besides the fact that Stiles is literally the only human character left among the drama’s regular stable, he’s also played a vital role in keeping his friends on track, at times even drawing them back into the light. But something changed this week. Accidental though it may have been, Stiles tasted his first kill, effectively pushing him over a line he was not prepared to cross, one from which there’s no turning back.

The harrowing first 10 minutes of Monday’s episode, in which Stiles was hunted by Donovan — who blamed Stiles’ father, Sheriff Stilinski, for his own father’s paralysis — contained some of the most thrilling, horrifying sequences in the show’s five-season history. And as any fan can attest, the one thing Teen Wolf does best is horror. Frankly, if the Stiles-Donovan confrontation had been stretched to cover the entire length of the episode, it would have been a satisfying hour.

O’Brien has always demonstrated an incredible, seemingly effortless, ability to turn Stiles’ exploits into shared experiences with the audience, an ability which was in full-effect Monday. When he wrestled free from Donovan’s clutches, it felt like we were gasping for air and fighting for our lives; when he hid behind the bookcase in the library, unsure of whether to confront his attacker or keep running, it was like we were battling our own internal fight-or-flight response; and when he sat breathless in his car, spying on the police as they investigated what was now a murder scene, it was like our whole world was closing in around us.

We can’t say for sure how Stiles will deal with the fallout from his actions, but if history is any indication — we’re thinking back to Season 3’s stellar nogitsune saga — it’s safe to say that O’Brien will anchor the experience with the same vulnerability and authenticity we’ve come to expect from a performer of his caliber. 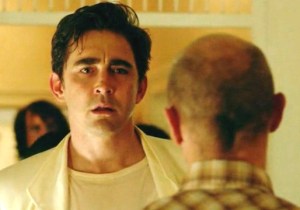 HONORABLE MENTION | Halt and Catch Fire‘s Joe MacMillan has always manipulated those he respects most while trying to live up to what he thinks it means to be a man. In “Limbo,” that behavior finally caught up with him. Though he wasn’t directly responsible for WestNet’s takeover of Mutiny, it wasn’t something he could make Cameron believe, given his former deceits. Lee Pace did an excellent job exuding Joe’s wordless realization that he would always be viewed as damaged goods. The character might have been hopped-up on Ecstasy, but Pace saved his most dazed and confused performance for the moment he recognized he was seen not as a man, but as a machine. 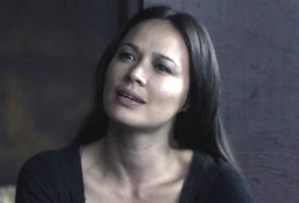 HONORABLE MENTION | Oh, what a smorgasbord of emotions Falling Skies’ Moon Bloodgood got to play in the final season’s fourth episode. With Volm ally Cochise ailing, Anne alternately was crestfallen and then very comically astounded, as she realized that she would have to perform the alien doohickey transplant. Afterward, Bloodgood found new ways to surface Anne’s maternal mourning of Lexi, first by quietly admitting to Ben her crazy notion of an eventual happy reunion, and then by sweetly “seeing” her daughter during her “shared silence” with Cochise. Lastly, the actress reiterated Anne’s grit under pressure, during an intense face-off with wild man Pope. Seeing the series vet shine in this showcase was just what the doctor ordered.

Which performances knocked your socks off this week? Tell us in Comments!