We’ve got questions, and you’ve (maybe) got answers! With another week of TV gone by, we’re lobbing queries left and right about shows including Falling Skies, UnREAL, Zoo and Suits! 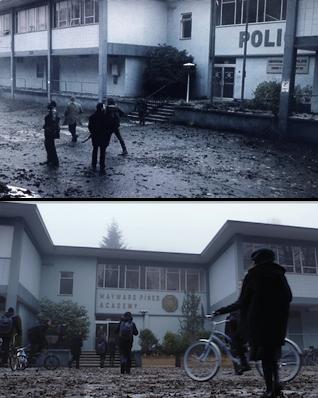 1 | Does Falling Skies’ Pope kinda have a point, that through three years’ worth of battles, the Mason family has barely gotten a scratch on ‘em? Also, yea or nay to Pope’s clean bean? And hey, Falling Skies/Wayward Pines fans, recognize the police station?

2 | Are The Strain‘s kills becoming as gruesomely creative as The Walking Dead’s? And where does the line form for swimming lessons from Dutch?

3 | Did anyone see that True Detective twist coming, about the guy Ray killed years ago? (Because we sure didn’t.)

4 | Are you considering abstaining from Masters of Sex until Virginia’s insufferable daughter gets shipped off to boarding school?

5 | Given that Big Brother 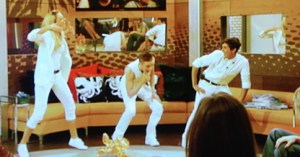 contestants pretty much have nothing but time on their hands, didn’t you expect tighter choreography from the Whackstreet Boys?

6 | What sort of “6.8” rating is UnREAL‘s “Everlasting” pulling? (Considering The Bachelor barely hits a 2.0 in the demo anymore.) Maybe Quinn was stating an audience share…? Also: Lizzy is totally gonna stalk Rachel in Season 2 (if not sooner), right? And was Rachel manipulating Adam for her gain, or not, in that steamy final scene? (Don’t you love that you can’t tell the difference on this show?)

7 | On The Bachelorette: The Men Tell All, wasn’t it a bit anticlimactic for Chris Harrison to announce the Bachelor in Paradise contestants after the trailer had already aired? 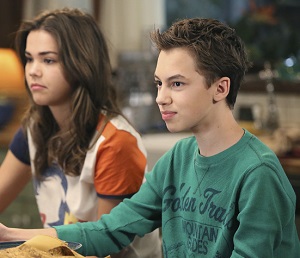 8 | Doesn’t it feel like The Fosters‘ Jude has been “out of the house” a lot as of late?

9 | Just how long ago was this week’s Hollywood Game Night taped if Michael Chiklis is promoting American Horror Story: Freak Show and Jane Lynch is congratulating Cheryl Hines on her “recent” wedding (which happened last August)?

10 | Did Zoo’s latest episode give you Bruce Wayne levels of chiroptophobia?

11 | Was Scream‘s pig carcass the grossest thing you saw all week? And how are we feeling about Noah’s scary-movie soliloquies: annoying or funny?

12 | Even though So You Think You Can Dance‘s Twitch/Alex hip-hop routine is always entertaining, was it missing something during Tuesday’s encore? 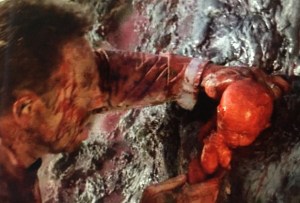 13 | Would Syfy be wiser, as some TVLine readers have suggested, to premiere new Sharknado movies over the weekend, when people might be more inclined to have drinking game-infused viewing parties? Also, was it a little cruel to subject Tara Reid to a “Should April die?” national referendum?

14 | Has Mr. Robot been using Tangerine Dream’s “Risky Business sex scene” music all along and we only now noticed? Regardless, our 1980s selves approve!

15 | Suits fans: Between Harvey finally tackling his issues in therapy, the Jessica/Rachel episode and the comedic fun of Donna/Louis, is this the show’s best season since its sophomore run?

16 | Would you watch a second season of The Astronaut Wives Club, especially if it focused on Rene and Scott (played by Yvonne Strahovski and Wilson Bethel)?

17 | Place your bets: Who killed Mistresses‘ Luca? (Our money is on his supermodel side-chick, Eva.) And this follow-up question from TVLine reader GS, “Did anyone else think that Luca was going to attack Joss, not get attacked?” 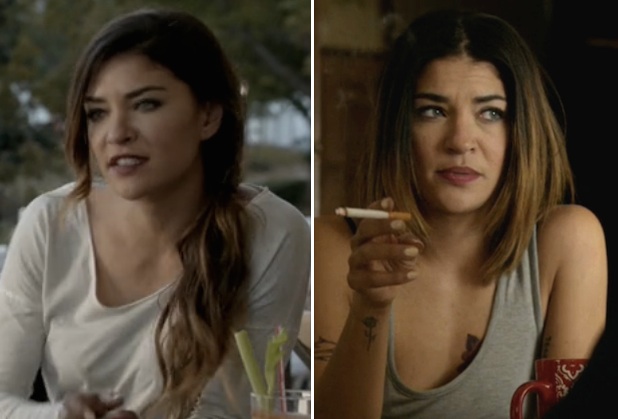 18 | Are there not enough Complications in Gretchen’s life that she can duck out to the hair salon mid-crisis?

19 | Why would Wayward Pines’ “first class” brats want out of the jail cell, when it was probably one of the few places (presumably) safe from abbies? And should Fox reconsider the show’s one-and-done plan, even if it means a Ben-centric Season 2? (Vote in our poll.)

20 | Hannibal‘s Margot discovering that her brother Mason had grown one of her embryos inside a sedated pig: Was this the most disturbing imagery/plot development in the NBC horror-fest’s three-season history? 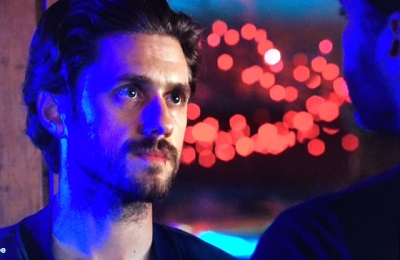 21 | Mike’s neckbeard on Graceland: yea or nay? And did anyone else clap when the Solano storyline (finally!!!) ended?

22 | Given the surprisingly sleeeeeepy vibe of The Boris & Nicole Show, who’s kind of excited for the August premiere of Ice & Coco?

23 | Isn’t McDonald’s “luh-luh-lemonade” ad pretty much a remix of Amy Schumer’s “Milk, Milk, Lemonade”? And given the latter jam’s use of lemonade as a metaphor for urine, doesn’t that make the spot kind of alarming?