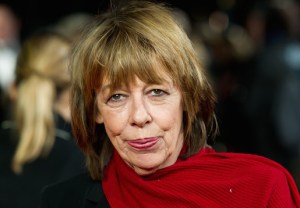 The latest addition to Outlander‘s Season 2 cast is a real giant in Hollywood. (Well, a half-giant.)

Frances De La Tour is intelligent and commanding, which is why she’ll make a great Mother Hildegarde! #Outlander pic.twitter.com/2J9ZPeHflw

Mother Hildegarde is the commanding Mother Superior of Paris’ L’Hopital des Anges. Claire spends a significant amount of time at the hospital in Dragonfly in Amber, the Diana Gabaldon novel on which Season 2 is based.

The Tony-winning actress’ credits also include roles in the movies Into the Woods and Tim Burton’s Alice in Wonderland, the ITV series Vicious and the BBC One comedy Big School.

In May, series co-executive producer Maril Davis tweeted that Outlander had cast Mother Hildegarde’s pooch, Bouton, who is her constant companion in the book.