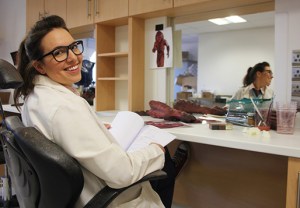 Despite dying in the Doctor Who Season 8 finale, UNIT scientist Osgood will be back for the upcoming ninth season, BBC America announced Friday.

Ingrid Oliver’s character, who was last seen getting vaporized by Michelle Gomez’s Missy, will come face-to-face with the shape-shifting Zygons in Season 9.

“Osgood is back, fresh from her recent murder at the end of last series. We recently confirmed that Osgood was definitely dead and not returning — but in a show about time travel, anything can happen,” executive producer Steven Moffat said in a statement. “The brilliant Ingrid Oliver is back in action. This time though, can the Doctor trust his number-one fan?”

* Kristen Bell will guest-voice a wealthy, entitled friend of Lisa’s on a Season 27 episode of The Simpsons, EW.com reports.

* Happy Endings alumna Eliza Coupe has signed on for five episodes of Casual, Hulu’s upcoming comedy about a brother (Tommy Dewey, The Mindy Project) and sister (Michaela Watkins, Trophy Wife) who navigate the dating world while living together and raising a teenager. Per The Hollywood Reporter, Coupe will play Emmy, a witty and free-spirited love interest for Dewey’s Alex.

* Outlander fans, here’s your first big Season 2 casting: Co-EP Maril Davis on Friday tweeted that the pup pictured below will play Bouton. Those who have read Diana Gabaldon’s series of Outlander novels will recognize the character as the dog belonging to Mother Hildegarde, a nun whose acquaintance Claire makes in Paris. 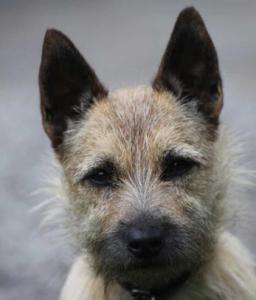