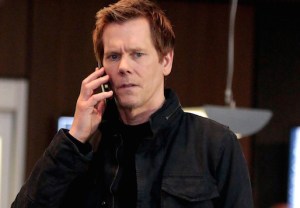 For a second, let’s imagine that The Following wasn’t cancelled, and that 2016 would see the return of Ryan Hardy and his vendetta against a mysterious organization of super-rich serial killers (or whatever Campbell was hinting at in Monday’s series finale).

What would that plot have looked like? TVLine asked executive producer/co-showrunner Alexi Hawley to give us a sneak peek at a Following that never was.

“Most known serial killers are poor or middle-class. Why is that?” Hawley says, adding that the notion fascinated the show’s writing staff. “This idea that the über-rich, except for possibly [alleged murderer and Jinx subject] Robert Durst, don’t get caught as serial killers. That can’t possibly genetically be that they don’t get that gene, that they don’t have those proclivities.”

Though the sketched-out ideas for Season 4 weren’t directly tied to true-crime explorations like NPR’s Serial or HBO’s Durst documentary, Hawley says the show’s writing staff “talked about it a little bit.”

The Jinx “ultimately was such a more satisfying and gripping thing, partly because of the end,” Hawley says, citing the last few moments of the project, in which Durst says some things that can be interpreted as a confession of murder. On the other hand, Serial, a podcast that told the story of the murder trial of Hae Min Lee, “was an intellectual exercise, because “you were never going to get enough information to know [what happened],” Hawley says.

Following fans may feel more Serial‘d than Jinx‘d by the series’ conclusion, which was locked in before the thriller was cancelled and therefore was more of a bridge to Season 4 than a series wrap-up. As we watched, a presumed-dead Ryan allowed Max, Mike and Gwen — who’s carrying Hardy’s child — to believe that he’d drowned, a decision meant to keep them safe while he tracked down Theo’s evil backers (AKA the person/people for whom Eliza worked).