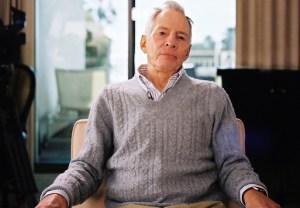 Until this weekend, being Robert Durst was a pretty good thing.

Despite his definite involvement in the dismemberment — if not death — of a Texas man, and his suspected involvement in the deaths of two other people (including Durst’s wife, Kathleen), the New York real estate scion had remained a free man for decades.

Then he agreed to take part in HBO’s docu-series The Jinx: The Life and Deaths of Robert Durst. And that one decision may prove his undoing.

SINCE LAST WE SPOKE | The series’ penultimate episode ended with a shocker. Berman’s surrogate son, now an adult who had maintained Durst’s innocence, contacted producers Andrew Jarecki and Marc Smerling with what seemed like damning evidence: a handwritten envelope, from Durst to Berman, where the handwriting and misspelling of “Beverley” in Beverly Hills directly matched an anonymous note sent to the police department in the wake of her murder.

So the finale primarily consists of Smerling and Jarecki trying to pin Durst down for one final interview, at which they can confront him with the similarities between the two missives. But, Bob being Bob, he evades, lies, and even gets arrested — for violating an order of protection put out by his scared brother, Douglas.

And that’s the filmmakers’ in: Bob’s lawyers want help in defending their client from Douglas’ charges, so they comply… and all of a sudden, Bob’s willing to talk with them again.

THE FINAL SHOWDOWN | Jarecki eases Durst into reminiscing about the past by showing him old photos from his life, then produces the incriminating letter and its envelope. Aside from some odd burping, Durst seems unfazed by everything, claiming that he wrote the note to Susan but not the cadaver note. And he won’t move from that certainty.

However, after the cameras stop rolling, Bob wears his microphone into the bathroom, where —seemingly unaware that the audio is still being recorded —  he utters some very suspicious things to himself. (Full transcript below.)

“There it is. You’re caught. You’re right, of course. But, you can’t imagine. Arrest him. [Sound of running water.] I don’t know what’s in the house. Oh, I want this. What a disaster. He was right. I was wrong. And the burping. [Sound of retching.] I’m having difficulty with the question.”

“What the hell did I do?” he wonders aloud. “Killed them all, of course.”

Allow me to I invoke the reaction of former Westchester County District Attorney Jeanine Pirro earlier in the episode when I say, Jesus.

A real-life postscript to the series came a day before its finale aired, when Durst was arrested in New Orleans on charges of first-degree murder in Berman’s death.

“We simply cannot say enough about the brilliant job that Andrew Jarecki and Marc Smerling did in producing The Jinx,” HBO said in a statement. “Years in the making, their thorough research and dogged reporting reignited interest in Robert Durst’s story with the public and law enforcement.”

What did you think of The Jinx‘s final episode? Sound off in the comments! 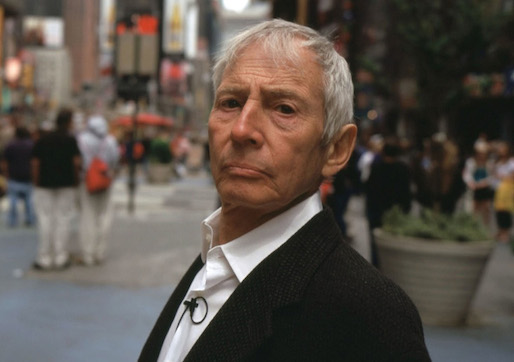