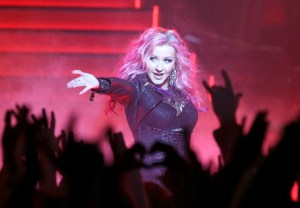 Every single one of Nashville‘s ladies gets exactly what she desires in this week’s episode — but that may not be a good thing.

While I’m all for Rayna, Juliette, Layla, Scarlett and hell, even Jade-I-Barely-Know-Ya-But-You-Dumped-Jeff-So-You-Can’t-Be-All-Bad-St.-John having their needs and/or wants met, let’s talk for a moment about Maddie.

Rayna and Deacon’s daughter spends yet another episode being a teenage girl (AKA the kind of horrific monster about which kraken and yetis tell scary campfire stories), yet ends the hour with all of her whims catered to and with her parents standing by and smiling.

People, as a 30-something woman, I know far too well of what I speak: I was that monster. Yet my snappish attitude and perpetual stinkface didn’t net me front-row tickets to a pop show and extra time with my dreamboat boyfriend. (Oh, okay, there was no dreamboat boyfriend — or any boyfriend, for that matter — in my dorky, awkward, slightly Star Trek: The Next Generation-obsessed teenhood. But that’s beside the point!)

Read on to find out how Mads irks me this week — and lots more — as we review “Nobody Knows But Me.”

BABY BUMPS IN THE ROAD | The most important thing first: Baby Barkley’s name is Cadence. I like; do you? It’s music-y but not annoyingly so. Just like her mama, Cadence has a healthy set of lungs and a proclivity to making her displeasure known; Avery is the only one who can get her to quiet down, mainly by shushing her. (Don’t laugh; as a new-ish mom, I can tell you: That shiz works.)

Juliette is sleep-deprived, frustrated and worried that her career has stagnated while she’s taken a little time off. So when Glenn mentions that she’s been offered to record the end-credits song for the Patsy Cline movie (remember that?), she jumps at it… even though she’ll need to write a song quickly to make it happen.

Problem is, her preferred writing partner/producer is busy trying to capitalize on The Triple Xs’ success following the Rascal Flatts tour. As such, Avery spends much of the episode at a Pitchfork interview with the band (it goes badly) and then at a show to fix what went wrong at that interview (it goes well). So Juliette tries to write with Deacon (that also goes badly, mainly because he can’t bring himself to tell her he’s sick) and then hires a live-in nanny so she can work.

When Avery comes home to find a stranger rocking his daughter to sleep, he’s understandably miffed. But honestly, this is Juliette: I’m more surprised that she hadn’t already lined up a nanny (and a baby nurse… and a post-partum doula… and a personal chef… and a personal trainer) before the birth than the fact that she hired a nanny without talking to her husband about it.

The Barkleys briefly argue. When we next see Avery, he’s bringing Cadence to The Triple Xs’ practice and telling Scarlett and Gunnar he has to quit the band. Meanwhile, Juliette sips wine on her private plane (headed to Los Angeles to meet with the movie’s producers) and assures Emily and Glenn that she and her hubby have “got everything worked out.” 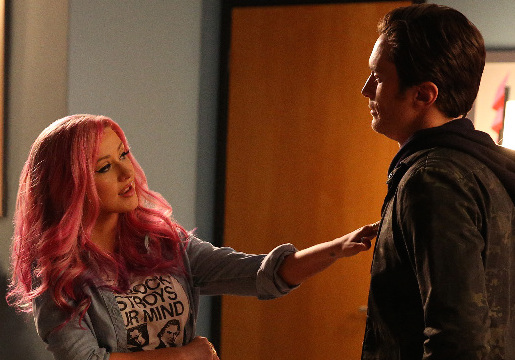 IT’S ABOUT TIME FOR MY ARRIVAL | Pop star Jade St. John (played by Christina Aguilera, who seems very comfortable in the part) is playing a few shows in town, and Layla wants Jeff to help her be the opening act for Jade’s opening act. As it turns out, Jade was on the path to be Mrs. Smirky Turtle about 10 years ago, but she and Jeff ended their engagement for undisclosed reasons. Also important: She wanted to be a country singer, but he steered her away from the genre.

So Jeff crashes one of Jade’s rehearsals (Side note: I love how she acts like she didn’t see him standing right next to the stage. Girl, there are, like, five people in the room!) and says she’ll listen to Layla’s demo if he’ll get her an introduction to one of her favorite country stars, Luke Wheeler. Luke’s not interested, but Jade caves anyway and lets Layla play her gig.

In the dressing room right before Layla takes the stage, Rayna congratulates her on booking the show and wonders how it happened. That’s when the younger woman confesses that Jeff is her manager, which propels Big Red to confront the Turtle while Layla’s on stage. He takes credit for Layla signing with Highway 65, for the leaked iTunes single and for getting her on Jade’s radar. Rayna responds with her usual H65 girl-power take on things — “She’s making this happen” — and calls him “a washed-up bottom-feeder” before announcing that Layla will soon wake up and figure out how terrible he is. Meanwhile, it’s important to note that Layla is absolutely frickin’ killing it on stage with “My Heart Don’t Know How to Stop.”

PHOTOS Cancellation Anxiety: 9 Shows You Should Probably Be Worried About

MADDIE IS MADDENING | Early in the episode, Deacon brings donuts over to Rayna’s early in the morning, something he apparently does often. Though one should never look gift pastries in the mouth, Ray suggests that he quit the morning visits and move in — he’s there all the time, anyway. The conversation is interrupted by the girls coming down to go to school; Daphne is her usual oddly mature self, and Maddie scowls so hard I’m surprised she can get any words out.

Her behavior continues apace throughout the episode, and Deacon thinks it’s all because of his cancer revelation. But when Rayna happens to catch Maddie and Colt making out at school, she realizes that Maddie’s not sad — she’s sneaking around. (Well, she’s a little sad.) When Rayna confronts her about the lying and the ‘tude, Maddie doubles down and says, “I don’t respect you.” Way to lose your chance to go to Jade St. John’s concert with Colt, kid!

But when Deke comes to visit his daughter while Rayna is watching Layla’s set, he gets her to talk about her feelings and (the far more herculean effort) to apologize to her mother via phone. He gets on the phone after and offers up his own “I’m sorry” for freaking out earlier in the episode, and Rayna tells him he can deal with his illness — which she calls his “truth” — however he likes and she will back him up. Then she has him bring Maddie to the concert after all. (Way to stick to your guns, Rayna.)

So while Maddie and Colt get an up-close performance by their favorite pop star (who later gets her wish and meets Luke, who’s become a fan), Deacon approaches Wheeler backstage and starts to tell his truth by admitting he’s sick.

The next morning, Maddie suggests that her dad move into Rayna’s house. Oh, now that Mads is cool with it, it’s gonna happen? Okay. (Though that shoulder bump that Connie Britton gives Charles Esten truly makes my night.)

LIVE BY THE PANTIES, DIE BY THE PANTIES | Teddy secures the money his prostitute-on-the-lam requires, but Ol’ Leopard Panties then demands that he deliver it in cash. So he does, and she has a hard time not crying, and of course she’s wearing a wire for the Feds and he’s totally screwed. (He just doesn’t know it yet.)