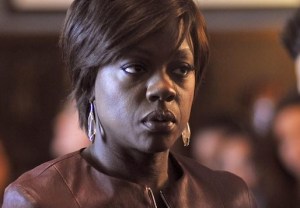 ABC’s How to Get Away With Murder — the latest ride from Shondaland, and which TVLine readers gave a grade of “A-“ — premiered on Thursday night to 14.3 million total viewers and a 3.9 demo rating (per finals), up 36 percent and three tenths from Scandal‘s year-ago performance in the 10 pm time slot.

In total viewers and the demo, ABC enjoyed its best Thursday night in five years.

NBC | The Biggest Loser (4.5 mil/1.3) was flat. Parenthood‘s final season premiere (4.3 mil/1.4, average grade “A-“) was down 16 and 12 percent from its previous opener, but ticked up from its April finale and drew its best rating since last October.

FOX | Bones returned to dropped jaws and 6.3 mil/1.6, on par with its May finale but down 21 and 30 percent from its previous premiere (both of which aired on Monday).

RELATED Bones Premiere Shocker: Find Out Why [Spoiler] Had to Die