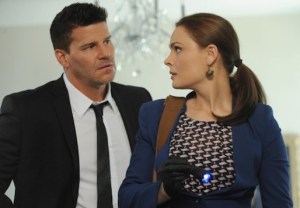 Comings (24?) and goings (Bones?) were the hot topics as Fox Networks Group Chairman and CEO Peter Rice took the stage at the Television Critics Association summer press tour, ahead of Dana Walden and Gary Newman officially seizing the reins later this month.

Following 24‘s successful and recently wrapped revival — which premiered to numbers larger than many of the action-drama’s previous openers — Rice seems to think there’s a good chance we’ll see another edition down the line.

“I loved this year’s season of 24,” he said. “I’ve always been a fan. We haven’t had a specific conversation about it coming back yet, but I’m sure we will in the future. It’s a wonderful franchise. When you look at the show itself, it has many more stories to tell. I think we need to sit down and talk to the creators.”

As for Bones — which kicks off its 10th season Sept. 25 — Rice said, “I hope this year is not the last year. It’s a fantastic series. It has famously moved all over our schedule. It’s Emily [Deschanel] and David [Boreanaz’s] last year, contractually… but I hope it will come back.” * “I think Glee is one of the great shows in television history,” Rice said when asked about the decision to shorten the drama’s final season to 13 episodes. “It touched so many hearts and brought social issues to the floor. It’s been on for over 100 episodes now and six seasons, and we want it to go out in a way that celebrates it.”

* American Idol is “still a very strong show for us, and it’s a show that we love,” Rice said. “It’s aging gracefully. We’ve certainly played musical chairs in the last few years with the judges, and we felt very good about the production of the show this year. If I have a criticism of the show for us … it’s that we haven’t found for us, in the last two years, [kids] who have captured the imagination of the public. They’ve been really talented kids, but for whatever reason, there hasn’t been that catalyst behind the show.” (Asked if perhaps there perhaps simply are no compelling kids left who haven’t auditioned for Idol and such singing shows, he quipped: “We keep making more.”)

“So You Think You Can Dance is a wonderful show,” Rice said when asked about the reality competition show’s future. Despite hitting a series low last week in the demo, he posited, “It’s doing a very good job for us in a competitive time over the summer. We’ll get to the end of the year and sit down with [executive producer Nigel Lythgoe] and see where we stand.”

* Fox ordered an additional 10 episodes of the Seinfeldian freshman comedy Mulaney, for a total of 16 — despite the fact that it has yet to premiere, and with many critics citing it among the bigger disappointments of the new pilot crop. “We feel really good about it,” Rice offered. “We feel it captures John’s voice, and one of the great things about multi-cams is when you can situate them with a comedian at the center who has a really unique voice.”

* As for Hieroglyph — which was recently shut down despite being ordered to series — Rice explained it was a “really ambitious project [but] ultimately, we looked at the first episode and decided it didn’t live up to the expectations we had for it. Rather than keep plotting through the episodes and hoping to fix it on the fly, we decided to stop.”

* “We were aware of his decision, but we hadn’t discussed whether or not he [could] tweet it,” Rice said of Gordon Ramsay’s decision to announce the end of Kitchen Nightmares. “We’re looking forward to his shows that are on now and what he’ll create in the future … I don’t think I’ve ever told Gordon what to do.”