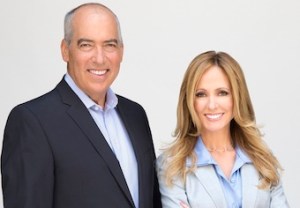 During their tenure as presidents and then chairmen and CEOs for 20th Century Fox Television, Walden and Newman shepherded such successes as Fox’s Glee, New Girl and Sleepy Hollow, FX’s American Horror Story franchise, Homeland (for Showtime) and Modern Family (For ABC).

Even though Fox is coming off a disappointing season — only three of the nine series premiered since fall 2013 earned renewals, while onetime behemoths American Idol and Glee slipped to series lows — Newman told reporters during a Monday conference call, “We don’t intend to do anything rashly” once he and Walden take the reins later this month. Instead, Walden says the plan is to, over time, “see what works, what doesn’t work and make some recommendations.”

Though there’s a synergy to be appreciated by having the same people running a studio that produces programming and a network with a primetime slate to fill, the flip-side is the perception that the two Fox divisions will do business exclusively with each other — a notion Walden and Newman repeatedly dispelled.

“This by no means will result in every 20th [Century Fox Television] show getting picked up or every 2oth pilot getting ordered [by Fox],” Walden said. Rather, “The best shows are going to win.” (Yet in the case of a “tie,” she allowed, “the competitive edge will lie with our studio because typically there are financial incentives” for a network to own its programming.)

But Fox will “always be a home to hits from outside studios,” she maintained, continuing the model which has allowed the network to host series such as House (which was produced by NBC Universal) and the buzzy freshmen dramas Gotham (from Warner Bros. TV) and Red Band Society (c/o ABC Studios).

In plotting the network’s future, Walden said, one of the pair’s priorities is to “attract back to broadcast some of the great creators who have had better experiences in cable and digital… to woo great creators to network television.”

What free piece of advice would you like to offer the incoming Fox bosses?