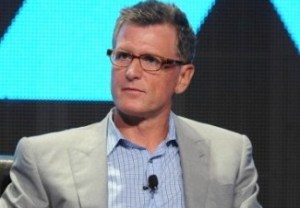 Fox’s Chairman of Entertainment Kevin Reilly is stepping down on the heels of a lackluster season, it was announced on Thursday.

Reilly will depart his post, which he has held since 2012 (after joining Fox in 2007), by the end of June. The Los Angeles Times first reported the news.

In a statement, Reilly said, “21st Century Fox is a great company that has provided me with choice seats at the head table of pop culture over two very rewarding stints both at FBC and FX, and I am grateful to have benefited from the leadership of [Fox Networks Group CEO] Peter Rice, [News Corp. CEO] Chase Carey and [News Corporation founder] Rupert Murdoch…. Peter and I have been discussing this transition for a while, and now with a robust new slate of programming for next season and strength in the FBC ranks, it felt like the timing was as right as it could be.”

As mentioned above, Reilly is exiting after a difficult ratings season for Fox, in which the network was “flat for the season [to date], a little flatter in some ways than I want to be,” he acknowledged in January at the TCA Press Tour. “Some of our mature shows are down a little deeper than I would have hoped. So it’s been a mixed bag….”

For the 2013-14 TV season, Fox placed second in the demo (behind NBC) and fourth in total audience (averaging 7.35 million viewers). Of the 10 highest rated and most watched series, Fox — with American Idol waning — only claimed The OT. That said, Sleepy Hollow emerged as the No. 3-rated new drama, while Family Guy was among the Top 5 returning comedies.