As the dust settles on The White Lotus‘ zeitgeist-shattering second season, we must turn our attention to a far more important topic: The already very active White Lotus Season 3 rumor mill.

White Lotus Season 3 Poll Results: Here are the Character(s) You Want Back 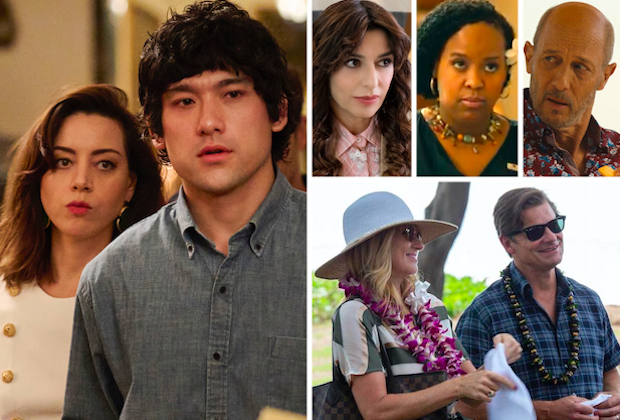 Little is officially known about the upcoming third installment of HBO’s resort-set smash, beyond that A) it has officially been ordered, and B) series creator Mike White is setting his sights on Asia (possibly Japan?) as the new locale.

“We are going to scout in Asia and look at countries there,” White recently confirmed to Vanity Fair. “My instinct is that maybe it has something to do with spirituality. Eastern versus Western religion, or Western people in an Eastern culture.”

In a separate post-finale featurette, White hinted that whereas the first two seasons were about money and sex, Season 3 might be “a kind of satirical and funny look at death and Eastern religion and spirituality. It feels like it could be a rich tapestry to do another round at White Lotus.”

Although there’s no definitive intel on which past guest(s) will follow in the footsteps of Jennifer Coolidge’s Tanya (R.I.P.) by becoming the newest member of White Lotus’ loyalty program (TVLine readers have some suggestions!), White previously told TVLine that he envisioned the Emmy-winning series as a “Marvel universe type thing” with characters potentially flowing in and out of the narrative — which brings us to the bonkers rumor teased in the above headline.

Per unofficial scuttlebutt, one possible scenario has Connie Britton’s Season 1 character of Nicole Mossbacher resurfacing in Season 3 with a surprising travel companion: Abby, the estranged wife of Michael Imperioli’s Dom (voiced in Season 2 by Laura Dern, who we’d assume/hope/pray would reprise the role in the flesh but… recent evidence suggests otherwise.)

Also: Nicole and Abby may or may not turn out to be… sisters.

Again, it’s just a (admittedly genius) rumor at this point. (HBO declined to comment for this story.)

Meanwhile, we leave you with this possibly telling tidbit Britton dropped to our sister pub Deadline over the summer: “[Mike White] wanted me to be in the second season, and there was an idea that I loved for the character. Our intention is to do it in the third season. A piece of casting didn’t work in the second season and we’re hoping to [do] that in the third season.”