Another White Lotus finale, another dead body — although this one may have surprised us more than we thought.

Sunday’s Season 2 finale fulfilled its promise by revealing whose dead bodies were floating in the water back in the premiere, and shockingly, Jennifer Coolidge’s Tanya was among the dead. Tanya discovered Quentin and his friends were plotting to kill her, so she stole Niccolo’s gun and shot them all dead, only she stumbled getting out of the boat and ended up drowning anyway. (For our full finale recap, click here.)

We couldn’t believe that series creator Mike White would kill off his muse (Coolidge played Tanya in Season 1 as well, winning an Emmy), but as he reminded us in a post-finale featurette, Tanya 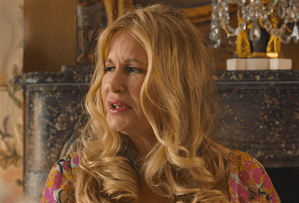 said back in Season 1 that she’d experienced just about everything on this planet, but “death is the last immersive experience I haven’t tried.” He wanted to bring Coolidge back as Tanya in Season 2, “but maybe that’s the journey for her: a journey to death. Not that I really wanted to kill Tanya, because I love her as a character and obviously love Jennifer, but I just felt like we’re going to Italy, [and] she’s such a diva, a larger-than-life female archetype. It just felt like we could devise our own operatic conclusion to Tanya’s life and her story.”

He didn’t want Tanya to die at the hands of someone else, though: “It felt like she needed to give her best fight back, and that she, in a way, had some kind of victory over whoever was conspiring to get rid of her. So it just made me laugh to think she would take out this whole cabal of killers and that, after she’s successfully done that, she just dies this derp-y death. It just felt like that’s so Tanya.” White adds that the story of what happens to Tanya’s husband Greg and her assistant Portia might not be over yet: “Maybe you’ll have to wait to find out what happens.” 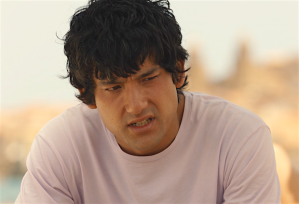 As for Ethan and Daphne, did they actually hook up on that island? He’s not saying, but “whatever happened, it allows him to let go of the jealousy that has been brewing with him, and it kind of brings back that first kind of sexual charge” for Ethan and Harper “that happens in the beginning of relationships and sometimes fades over time.” In the end, “maybe what Ethan and Harper needed was just a small dash of what Cameron and Daphne have.” But he does wonder if Cameron and Daphne’s sexual mind games will “ultimately catch up with them. It is somewhat of a happy ending, although there are dark clouds in the horizon, too.”

Finally, where is Season 3 headed? (HBO has already renewed the series.) White says the first two seasons were about money and sex, so Season 3 will be “a kind of satirical and funny look at death and Eastern religion and spirituality. It feels like it could be a rich tapestry to do another round at White Lotus.” He hasn’t revealed the exact location yet… but should we start making reservations for Tokyo, perhaps?

Give us your thoughts on the Season 2 finale — and where you think Season 3 should head — in a comment below.