“Oh no!” was the general reaction when The Voice announced that, at the end of the upcoming Season 23, Blake Shelton would be leaving behind his revolving seat. But now “OK” is kinda what I’m thinking. Am I the only one?

For sure, the country superstar’s mischief will be missed. But the same way that companies can be “too big to fail,” he might be “too popular to fail.” Case in point: When Carson Daly announced on Tuesday the first four singers who’d be advancing to Season 22’s Finals Monday (at 8/7c on NBC), not a single one of Shelton’s remaining three team members was left to sing for the Wildcard Instant Save and a spot in the Top 5.

2022 in Review: The Scenes We Really, Really Wish We Could Unsee 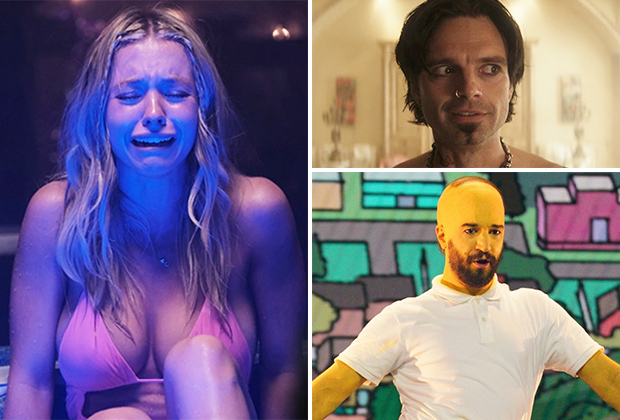 “Maybe they just happened to be the best,” you might say. “But all three of them weren’t,” I’d be forced to reply. “They simply weren’t.” I’ll give a pass to bodie, who is unique, inventive and has a voice that goes on for weeks, not just days. But there is no planet on which Team John Legend’s Kim Cruse, Parijita Bastola and Omar Jose Cardona, and Team Gwen Stefani’s Justin Aaron, aren’t more gifted vocalists than Team Blake’s Bryce Leatherwood and Brayden Lape.

And that’s not even to say that I dislike either of them. Both Bryce, who sings like he looks — like a young Marlboro Man — and Brayden, who is surely minutes away from being cast on High School Musical: The Musical: The Series, have their moments. There is just no way to say with a straight face that it was the merits of their performances and not the popularity of their coach that got them voted through to the Finals.

So, while I’ll hate to lose the tomfoolery that’s brought to the table by Shelton, whose contestants have won eight times (twice as many as runner-up Kelly Clarkson), I’ll also be kinda excited to see what The Voice becomes without him. How about you? Hit the comments with your reactions to Tuesday’s Results Show (recapped here) and Shelton’s imminent departure.