What’s more, TVLine can confirm that the original pilot won’t air as the series opener, and will instead land a few weeks later. 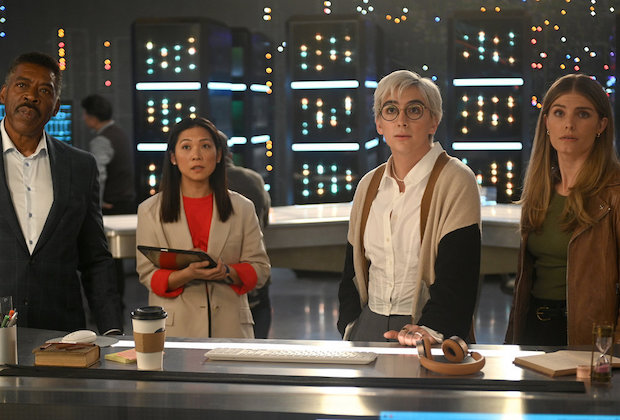 Addressing those changes, Ernie Hudson — who plays Herbert “Magic” Williams on the series (premiering Monday, Sept. 19 at 10/9c) — says that he is just glad that NBC and production studio Universal Television are making moves to ensure they get it right.

“It was very important for the network and the producers to introduce [the show] in the right way,” Hudson tells TVLine.

“The first couple of episodes are really important, because as much as people looking forward to it, they also are looking to see you get it right,” Hudson adds. “I’m just happy that if something isn’t right, they’re taking the time to make sure that it is.”

Set 30 years after Dr. Sam Beckett (played by Scott Bakula in the original series) vanished in the Quantum Leap accelerator, a new team led by physicist Ben Song (Kevin Can F**k Himself‘s Raymond Lee) has assembled to restart the project to better understand the machine and the man who created it.

Everything changes when Ben, much like Sam, makes an unauthorized leap into the past that leaves the rest of his team working to solve the mystery of why he did it. That crew includes Hudson’s Magic, a no-nonsense career military man who must answer to his bosses who won’t be happy once they learn about the breach of protocol.

There’s also Addison (Caitlin Bassett), a hologram only Ben can see and hear, who remains at his side during each jump; Ian Wright (Mason Alexander Park, Cowboy Bebop), who runs the Artificial Intelligence unit “Ziggy”; and Jenn Chou (Nanrisa Lee, Bosch), who heads up digital security for the project.

Want scoop on Quantum Leap, or for any other new fall show? Email InsideLine@tvline.com and your question may be answered via Matt’s Inside Line.