Phase 5 of the MCU (Marvel Cinematic Universe) will kick off in 2023 with the one-two punch of the movie sequel Ant-Man 3 (in theaters Feb. 17) and Disney+’s Secret Invasion series (coming in the spring).

Marvel Studios boss Kevin Feige revealed the Phase 5 game plan at the San Diego Comic-Con on Saturday evening, after confirming that Phase 4, which began with TV’s WandaVision, will wind down the movie sequel Black Panther: Wakanda Forever (in theaters Nov. 11).

Amidst all the above, there is also James Gunn’s The Guardians of the Galaxy Holiday Special (releasing on Disney+ this December) and Deadpool 3 (now slated to hit theaters Nov. 8, 2024).

Announced at the 2020 Walt Disney Company’s Investor Day, Secret Invasion stars MCU vet Samuel L. Jackson as Nick Fury and Captain Marvel‘s Ben Mendelsohn as the shapeshifting Skrull named Talos. The project, based on the 2008 Marvel Comics crossover of the same name, follows a sect of Skrulls who have infiltrated all aspects of life on Earth. 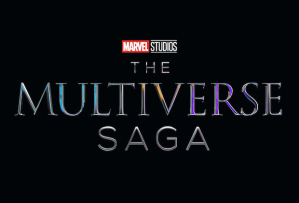 Other confirmed cast members include Kingsley Ben-Adir (The OA, The Comey Rule) in a reportedly villainous role, Cobie Smulders (reprising her MCU role of former Deputy Director of SHIELD Maria Hill), Olivia Colman (The Crown) and Emilia Clarke (Game of Thrones), but NOT Regé-Jean Page (Bridgerton).