There’s no lemon so sour that you can’t make something resembling lemonade. But there are grapes so sour that I can’t let another moment go by without raging against the Emmys machine in the name of Pearson lovers everywhere.

The ONLY nomination This Is Us grabbed at Tuesday’s announcement (full list here) was in the Outstanding Original Music and Lyrics category? Music and lyrics?!

No one is debating that “The Forever Now,” the tender ballad from Kate’s wedding episode, isn’t worthy of recognition. But how about a little love for the woman who sang it, while wearing roughly seven lbs. of old-age makeup and making us believe that she was a septuagenarian suffering from debilitating dementia? (This post isn’t just a rehash of my #EmmyJustice4MandyMoore appeal from earlier this year — but IT SHOULD BE.) Moore herself acknowledged the sting of being snubbed in an Instagram story Tuesday, adding, “But nothing can take away what our show meant to SO MANY (us included). That’s an incredible legacy to be a part of. I will be grateful forever.” Is that the most Rebecca Pearson way to handle a disappointment or what?

Or what about a nod for the show’s writing staff, which created one of the most gorgeously crafted, heartbreaking hours of television this season in the series’ penultimate episode, “The Train”? They took a character’s death we’d known was coming for two seasons and turned it into an abundant celebration of Rebecca’s life, an aching look at loss after long illness and a sweet reunion between the show’s central couple. Does that deserve nothing?! 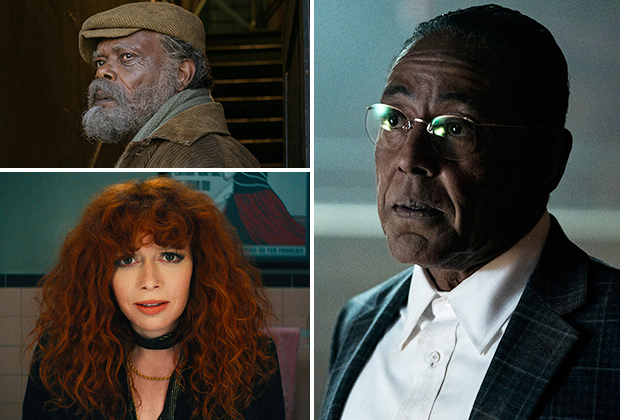 Wait, Sterling K. Brown didn’t get a nod for playing Randall? Emmy nominators LOVE Sterling K. Brown! And with good reason! The man elevates every script he’s ever eyeballed. Is there anyone else YOU’D want to watch dad-joke for 43-ish minutes each week? Nothing for the guy behind Jack Pearson’s most conscientious kid? Really?

Was there truly no room among all the streaming prestige shows for a quiet, moving, beloved broadcast ensemble drama in its final season? Does terminal illness subject matter + gorgeous writing + moving acting + previous Emmy winners not amount to as much as it used to?

One more question: They’re totally going to ask Moore to present at the ceremony, aren’t they?