Waystar Royco is about to be sold in the new season of Succession — so what does that mean for the Roys in “Royco”?

Production has begun on the upcoming fourth season of HBO’s Emmy-winning corporate drama, the network announced on Monday, confirming that Season 4 will be back to having a full 10 episodes, after Season 3 had just nine. Plus, we also have some fresh intel on what’s in store for the Roys in the new season. (Succession was renewed for Season 4 back in October; no premiere date has been set.)

“In the 10-episode Season 4, the sale of media conglomerate Waystar Royco to tech visionary Lukas Matsson moves ever closer,” according to the official synopsis. “The prospect of this seismic sale provokes existential angst and familial division among the Roys as they anticipate what their lives will look like once the deal is completed. A power struggle ensues as the family weighs up a future where their cultural and political weight is severely curtailed.”

If you remember, Season 3 ended with Roy siblings Kendall, Shiv and Roman teaming up to stop their father Logan from selling Waystar to Lukas Mattson and GoJo. But Logan outsmarted them, getting their mother to sign off on the deal and securing a huge payout for himself while cutting his ungrateful kids out entirely. He had help, too, it seems, from Shiv’s husband Tom, who apparently tipped Logan off about the siblings’ coup attempt. (Read our full finale recap here.)

HBO also shared an image of the slate used for the first day of production, with series veteran Mark Mylod returning to direct the Season 4 premiere: 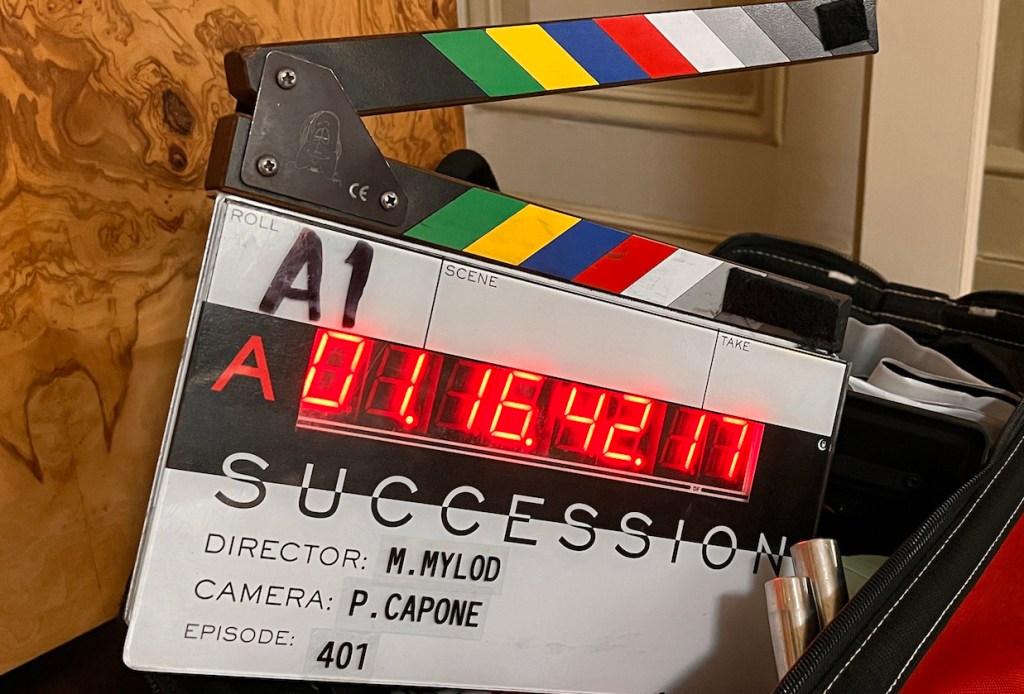 What do you want to see in Season 4, Succession fans? Hit the comments and share your thoughts.