Three episodes into the final season, Animal Kingdom at last revisited the discovery of Catherine’s body at the end of Season 5. (Read the full recap of that episode here.)

In the first of Sunday’s two episodes, the Shawn Hatosy-directed “Pressure and Time,” a Detective Louise Thompson (Tyrant alum Moran Atias) began looking into the very cold case of Catherine’s murder. Though her colleagues seemed to think that the case wasn’t so much cold as closed — they believed that Baz was the guilty party — Thompson’s interest was piqued when she learned that the deceased had been a criminal informant whose known associates included the Codys. By the end of the hour, Thompson had turned for answers to one of the last people to see Catherine alive: daughter Lena, who noted that on Mommy’s last day, Uncle Pope had been around. 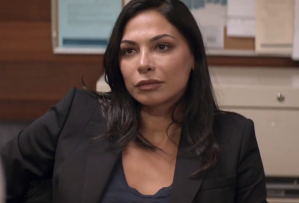 Speaking of the erstwhile Andrew, in 1992, he was chagrined to see Julia lured over to the dark side by Smurf’s gift of a sports car. In the present, when not making peace with the fact that (duh) skaters were going to want to use the ramp that he’d built on his lot, he helped Deran “relocate” a tenant from the apartment complex that Craig was supposed to have emptied out to Trey’s spare room.

Why wasn’t Craig taking care of business himself? First, he was busy hanging with pal Vince and learning after the fact that he’d just banged his buddy’s former wife, Gianna. Then, off his pal’s remark about how he and his ex coparented, he tried in vain to get Renn to take him back. “I get sober for you,” he wailed, “and this is what I get?”

Whelp, Craig wasn’t sober for long. He made a beeline for Deran’s bar, where he started throwing back beers like there was going to be a shortage. Later, when he admitted his slip to Vince, his new BFF knew just what would give him that buzz without opening a bottle: shooting off some kind of ginormous rapid-fire machine gun thingy. (If ever there was a sucky time for that scene… ) 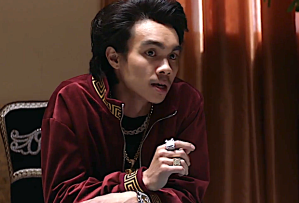 Finally, after learning from his new fence that the blue diamonds that were stolen from Gia were too recognizable to be moved, J had them recut, then took them to high-end jeweler Eddie Pham. His brother Arthur, a gem expert that he called a gnome, a troll and more, saved J’s hide by lying to Eddie that the baubles were good to go — then warned J not to return. But that only gave the thief the idea to flip the gnome to gain entry to the jewelry store and rob Eddie blind. Would a guy really turn on his own brother? Deran wondered aloud. “Foreshadowing,” J didn’t reply but probably could have.

In the second episode of Sunday’s double header, Deran celebrated Pride Month in a typically unique, Cody-esque way. After being pressed by his new boo to open up and reveal something, anything about himself, the youngest Cody brother grunted his way through what looked like the worst date ever, then upon meeting a homophobic brute in line for the bathroom, invited him outside to do some gay-bashing.

What the troglodyte didn’t realize was that Deran was gay, and the homophobe himself was going to be the one getting bashed. (Cut to: Deran’s date’s horrified reaction and presumably that relationship coming to an end before it had really even begun.)

In other developments in “Inside Man,” Craig got busted scoping out Eddie Pham’s, but it didn’t much matter, because soon, J enlisted poor, maligned Arthur to deliver crucial intel. There was no way to rob the showroom, he said. But the Codys could make off with $750k worth of jewelry if they hit the birthday party that singer Brock Fellows was throwing for his girlfriend in two weeks. 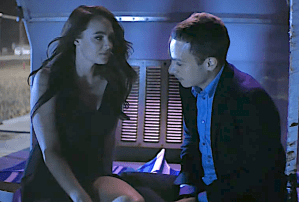 Speaking of scoring, that was just what J did with married legal secretary Penny after offering her some business advice on a building that she was thinking of buying. Over at Pope’s skate park, his idea of playing referee when a fight broke out was telling young Taylor, who was being beat up, to get out — he was being victimized because his peers didn’t respect him. In response, the teen whacked another skater with his board and became, at least for the moment, top dog.

The following day, Taylor returned, thanked Pope for his wise (?) counsel and offered to help out. And as the boy did so, you could see a sense of purpose starting to light up Pope’s eyes. So, of course, it turned out that the kid was a plant: He’d been sent in by Detective Thompson to get close to her prime suspect in Catherine’s murder.

Oh, and in 1992, Smurf responded to Andrew’s sudden interest in church first by reminding him that it would just make him hate himself and planting a lingering kiss of his lips, then by sending Baz to scope out the rectory for a job involving the whole family. As ever, Mother of the Year. Your thoughts on  Sunday’s episodes? Drop ’em in a comment below.