THE SHOW |  The Boys

THE PERFORMANCE | Given the potentially record-setting amounts of nookie in this week’s The Boys, it’s easy to lose sight of the fact that “Herogasm,” above all else, is a profoundly emotional and brilliantly satirical hour of television that features so many breathtaking performances from the Prime Video hit’s ensemble that it is impossible to single out just one. So we decided to recognize them all.

Let’s start with Laz Alonso, whose vengeance seeking MM finally gets to the heart of his longstanding beef with Soldier Boy (a brilliantly dense, alpha male-istic Jensen Ackles) via an extended monologue. Alonso imbues what is essentially four minutes of exposition with quiet vulnerability, layering each syllable with a mix of pain, regret, anger, heartbreak and, ultimately, fear for the safety of his family.

Moriarty also gets a chance to flex her dramatic muscles, first when a crestfallen Annie realizes boyfriend Hughie (Jack Quaid at his earnest, well-intentioned best) is not the evolved unicorn she thought he was, and then later when the supe-inflicted death toll scales painful, deal-breaking new heights.

Other standouts in “Herogasm”: Karen Fukuhara and Tomer Capone, who, as soulmates Kimiko and Frenchie, go to hell and back and then seamlessly execute one of the year’s most romantic moments; comedic secret weapon Colby Minifie, whose corporate stooge/robot Ashley reaches her own exhaustive breaking point, giving way to an explosion of rarely-seen, hair-pulling humanity (Minifie’s full-throttled delivery of “Go f—k yourself” to an infuriatingly hypocritical A-Train was immensely satisfying); Chace Crawford, who nails the episode’s most laugh-out-loud bit when his amphibiously DNA’d Deep is caught going to third base with an octopus; potty-mouthed antihero-at-large Karl Urban (AKA Butcher) for, among other things, his devilish weaponization of the phrase “scorched Earth”; Jessie T. Usher for shading A-Train’s  long-overdue apology to Hughie with restrained sincerity; Claudia Doumit for skillfully juggling Victoria’s darkness and decency (as seen in that tough-but-fair negotiation with Starlight); and, of course, Antony Starr, who nimbly sheds Homelander’s toxic outer shell during an exceptionally crafted tough-love tête-à-tête opposite himself (!!) that exposes his villain’s deeply insecure core.

In summary, when it comes to doing right by its murderers’ row cast, “Herogasm” is proof that The Boys leaves no man (or woman) behind. 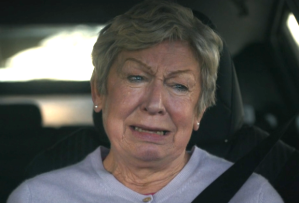 HONORABLE MENTION | Secrets sure can sting, and that’s something Breeders‘ Jackie learned the hard way. While on a road trip with Paul, the grandmother confessed to knowing about her husband’s former affair with her dying friend, Chrissy. Actress Joanna Bacon completely gutted us as her character confronted Jim about her suspicions and explained how she’d never seen him touch another woman the way he did Chrissy at the hospice. Through a monsoon of tears, Bacon made us feel Jackie’s heartbreak as the poor old woman’s life instantly shattered by her mere acknowledgment of the betrayal. With a shaky voice and convulsive gasps, she demanded an explanation, growing angrier and more distant as the conversation unraveled. By episode’s end, Jackie’s hurt felt painfully real, a true testament to the spell we had fallen under. 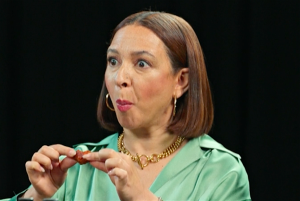 HONORABLE MENTION | Maya Rudolph may be playing a multi-multi-billionaire on Loot, but she can still go to town on some hot wings, as we saw in a hilariously spicy scene in the Apple TV+ comedy’s third episode. Rudolph’s character Molly went on the talk show Hot Ones to rehabilitate her image, but she ended up making things much worse, going off on a profanity-laced rant after guzzling pitchers of beer to combat the hot wings’ spice. Molly cursed out her ex-husband and gloated about her massive wealth (“I could kill everybody in here and get away with it!”), with Rudolph making great use of her SNL comedy chops with a mix of slurring outbursts and sloppy physical comedy. It’s good to know that even billionaires can be messy — and it’s also good to know that the richly talented Rudolph is back on our TVs every week. 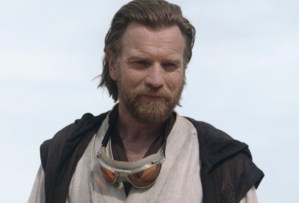 HONORABLE MENTION | Obi-Wan Kenobi’s titular hero whipping out some exciting new moves in his lightsaber duel against Darth Vader in this week’s finale had us feeling like giddy 12-year-olds. However, we’re more impressed with what Ewan McGregor did after that. As Kenobi stared at the sith lord’s face and realized that his friend was truly gone, you can pinpoint the exact moment he finally shed the weight of the grief he’d been carrying for a decade. Through mischievous laughs and a gentler demeanor in subsequent scenes, McGregor beautifully shifts his portrayal of a broken man to the more Zen-like version of the character played by Sir Alec Guinness, and it’s a lovely thing to behold. Bridging the gap between Star Wars: Episode III — Revenge of the Sith and A New Hope, he delivered everything we needed and more.