The 10-episode series “celebrates the evolution of the coolest, most iconic tools, from handheld and basic, to the industrial and mighty, testing the limits in a way that only Tim can,” according to the official logline. In each episode, the trio will “head out into the field to play with some of the biggest machines that power and serve our everyday lives, and meet the men and woman who operate them. Along the way, Tim invites some of the most skilled makers into his shop from across the country, tasking them to create mind-blowing, specifically tailored innovations to fit his needs — because there is always room for improvement.” 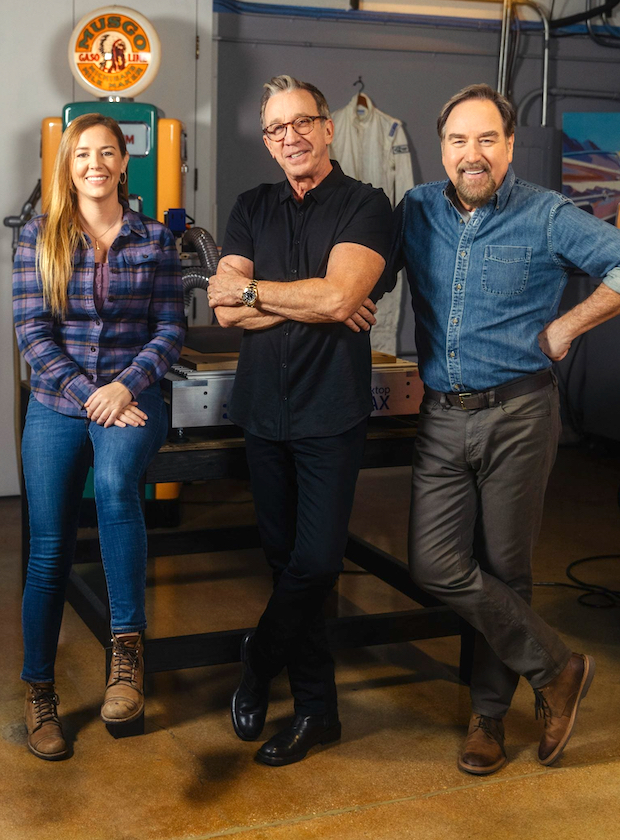 “Albert Einstein once said, ‘I’m not a genius, I’m just passionately curious,'” Allen said in a statement. “Having the opportunity to explore my curiosity in depth and really get to know more about the people and things that make us what we are today gets me excited. And what better pal to have at my side than Richard Karn? We both share a great appreciation of people who can solve a problem not by talking about it, but by ‘doing’ it with creativity and amazing skills.”

Added Karn: “My friendship with Tim has lasted over 30 years… in a row! The chance to do a show like [Home Improvement‘s] Tool Time was unquestionably exciting. We may not have Binford but we still will have a world of fun!”

Allen and Karn’s latest reunion comes more than 30 years after the premiere of ABC’s Home Improvement. The pair previously reunited on Allen’s Last Man Standing, which wrapped its nine-season run in May 2021.

In addition to More Power, Allen is currently in production on Disney+’s Santa Clause sequel series, which is expected to release later this year.

Are you looking forward to More Power? Let us know in Comments.