Original S.W.A.T. cast member Lina Esco is exiting the CBS drama after five seasons, in what she says was “one of the most difficult decisions I’ve had to make.” 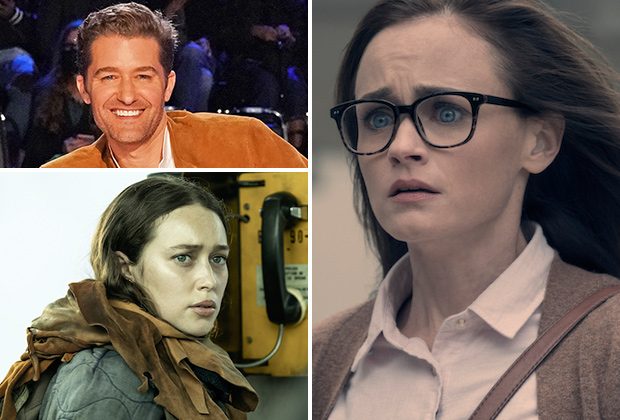 Esco’s exit storyline took shape a few weeks ago, when Officer Christine “Chris” Alonso told colleague and best friend Jim Street that she had decided to leave S.W.A.T. to take over for Mama Pina, the woman who runs a local safe house for immigrant women fleeing bad situations and is now hospitalized.

“I love the Mama Pina storyline,” Esco told TVLine in March. “It resonates with Chris because this is a woman providing a safe house to women who have no hope in other countries and who escape for a better life. Chris has become very invested in volunteering and being a part of that.”

And in Sunday night’s season finale, Chris — after spending the night for the first time with Street — worked her last day on S.W.A.T., giving Deacon, Luca et al meaningful gifts along the way.

In a statement, Esco — who this spring made her S.W.A.T. directing debut — said, “Bringing to life a strong, smart, bisexual character like Chris Alonso has been both a pleasure and a powerful opportunity to increase visibility for diverse women everywhere. Five years later, I am leaving S.W.A.T. to pursue new creative endeavors. Chris never backs down from the unknown and as an actor and director, I’m excited to step out of my comfort zone and embark on a new chapter, too.

“That said, this is one of the most difficult decisions I’ve had to make,” she shared. “I’m forever grateful to my S.W.A.T. family – my fellow cast, writers, and producers – for an incredible journey. To the amazing S.W.A.T. fans, you are the heart of the show. I can’t thank you enough for your support and for walking beside me through all of Chris’ journey!”

The S.W.A.T. showrunners in turn issued a statement saying, “For five seasons and 106 episodes, we’ve had the pleasure to watch Lina Esco bring Chris Alonso to life on S.W.A.T. When Lina came to us a year ago to express her desire to eventually pursue other endeavors, we all worked hard to give Chris a proper, season-long sendoff, knowing what an important, iconic character she’s been to our audience. Lina rewarded us this season with thrilling performances as well as a terrific job directing an episode.

“What Lina brought to the show, and what Chris represented to our audience, are hard to replace. We’ll miss Chris, but we’ll especially miss Lina, as we wish her the best of luck with everything she chooses to do next.”

S.W.A.T. was renewed for a sixth season in early April, and this fall it will return to its Friday night leadoff spot, where it will be followed by the new drama Fire Country and then trusty Blue Bloods.