More 1883 is coming to Paramount+ — just not in the way you may have expected.

The streamer announced Wednesday that its previously ordered Bass Reeves miniseries will in fact be an 1883 offshoot, officially titled 1883: The Bass Reeves Story.

1883: 6 Ways the Yellowstone Spinoff Could Continue 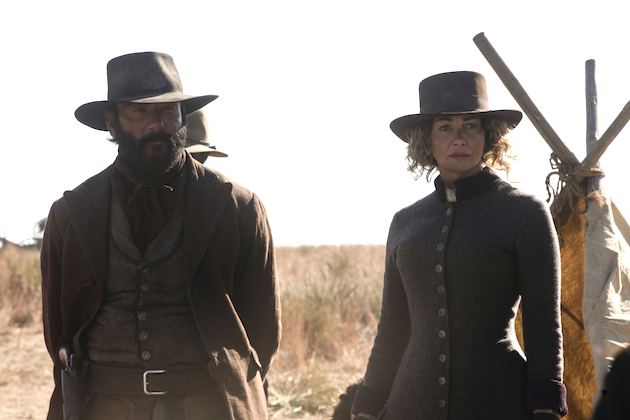 The limited-run project will star Golden Globe nominee David Oyelowo (Selma) as Reeves, a legendary lawman of the Wild West. “Known as the greatest frontier hero in American history, and also believed to be the inspiration for The Lone Ranger, Reeves worked in the post-Reconstruction era as a federal peace officer in the Indian Territory, capturing over 3,000 of the most dangerous criminals without ever being wounded,” the logline describes.

Back in February, Paramount+ shared that “the next chapter” of 1883 — which is itself a spinoff of Paramount Network’s wildly successful Yellowstone — would premiere later in 2022, though it wasn’t clear at the time what the narrative focus of those episodes would be; Wednesday’s Bass Reeves announcement appears to offer some clarity.

As for the original 1883, which counted Sam Elliott, Faith Hill and Tim McGraw among its stars, series creator Taylor Sheridan revealed in February that the show was only envisioned as a one-season drama. Despite Bass Reeves‘ status as an 1883 spinoff, there are still no plans for the mothership to return.

“I created this peek through time to show you this one specific journey,” Sheridan told Deadline at the time, regarding 1883‘s future. “I’m not someone who likes to tie everything up in a bow and explain how everyone lived happily ever after, or didn’t… for me, as a storyteller it feels close-ended. I’m going to peek through the window of a different era and see what I see then.”

Speaking of different eras, the Yellowstone universe will continue expanding via the prequel series 1932, starring Harrison Ford and Helen Mirren. Per the official description, the show will “explore the early 20th century when pandemics, historic drought, the end of Prohibition and the Great Depression all plague the mountain west, and the Duttons who call it home.”