Paramount+ is keeping the wagon train rolling for a while longer: “The next chapter” of Yellowstone‘s prequel spinoff 1883 will debut later this year, the streaming service announced Tuesday.

At the time of the announcement, it was unclear whether the streamer was referring to more Season 1 episodes or a Season 2 renewal. The original Season 1 order was for nine episodes.

In addition, Paramount+ has ordered to series another Yellowstone prequel, titled 1932. Per an official release, the offshoot of the popular drama will follow a new generation of Duttons during the time of western expansion, Prohibition and the Great Depression. The announcements came as part of ViacomCBS’s Investor Day presentation.

“Taylor Sheridan has put roots down for the Dutton Family tree that stand strong and tall, with many branches that continue to engage record-breaking audiences,” 1883 executive producer David C. Glasser said via statement. “It is awe-inspiring to work with Taylor, ViacomCBS and the entire team on this universe.”

Yellowstone Season 5: The Burning Questions That Need to Be Answered 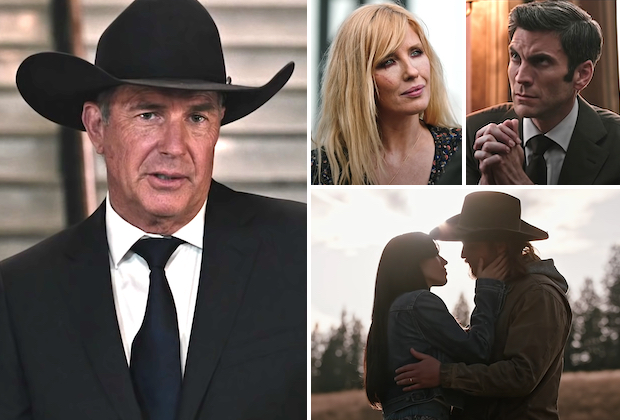 The streamer previously put into development a Yellowstone spinoff named 6666, which will focus on the titular centuries-old Texas ranch known for its exemplary horses and livestock. Yellowstone set much of its Season 4 action at the 6666, where Jimmy works and where his fiancée, Emily, is a vet tech.

1883 stars Tim McGraw, Faith Hill and Isabel May as members of the Dutton family who traveled West on the Oregon Trail. The cast also includes Sam Elliott, LaMonica Garrett and Gratiela Brancusi.