File under: What Would’ve Happened Next.

Days after Peacock cancelled its critically acclaimed Saved by the Bell revival after two seasons, series boss Tracey Wigfield is confirming a fan-favorite pair would have been romantically linked in Season 3.

In the second (and now final) season, SBTB teased a potential relationship between Mac (played by Mitchell Hoog) and Daisy (Haskiri Velazquez) — and on Friday, a disheartened fan reached out to Wigfield to ask if Zack and Kelly’s son would have coupled up with Bayside’s student body president. 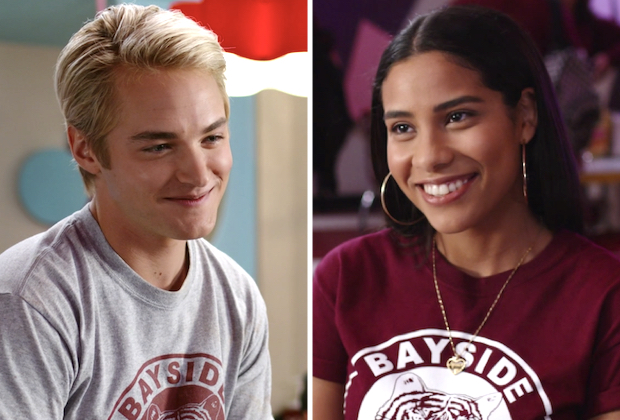 “They would have gotten together and it would have been so cute!” Wigfield answered on Twitter. “Thanks for watching the show.”

Throughout Season 2, Daisy worked with Mac to guarantee Bayside’s spot in the Southern California School Spirit Competition — and along the way, he’d clearly caught feelings. At one point, Jamie and Lexi staged a “prankstervention” and forced Mac to be honest with himself, during which he listed off all the things he liked about Daisy.

Those feelings appeared to be mutual: After Bayside defeated Valley in the series finale, everyone convened for a celebration at The Max, where Daisy told Mac that she “only dates guys who win the school spirit competition.”

“There’s a little flirting going on [in that scene],” Velazquez previously conceded. “It’s so new for Daisy to just take that leap. She’s kind of testing the waters, trying see where Mac’s head is at. She knows, ‘Mac might have a crush on me, so let me see what I can do. Let’s place some breadcrumbs, a little trail, and see how far he follows.'”

TVLine spoke with Wigfield and fellow EP Franco E. Bario about a potential third season last November, including a hypothetical return to Malibu Sands. “I’ve seen in press that Leah Remini has said that she wants to do the show, which would be a dream of mine,” Wigfield said at the time. “So I would love to have her… do an arc where, obviously, she owns Malibu Sands now. She took it over as Mr. Carosi’s daughter.”

As far as revisiting other OG SBTB storylines, Wigfield said she would love for the revival to hit the Aloha State, à la Saved by the Bell: Hawaiian Style. But alas…

Are you still mourning the Saved by the Bell revival? Hit the comments with your reactions to the post-cancellation reveal.