There’s a lot of behind-the-scenes action taking place on CBS’ The Equalizer.

Andrew W. Marlowe and Terri Edda Miller, who created the series based on the eponymous 1980s version, are stepping down as showrunners, our sister site Deadline reports. As fans know, this iteration of The Equalizer stars Oscar-nominated actress and former rapper Queen Latifah, who is also an executive producer.

Joseph C. Wilson, who has worked on the series since Season 1, and The Chi‘s Adam Glass have been named as new showrunners ahead of an all-but-guaranteed Season 3 renewal. The Eye network has yet to renew any of its Universal Television-co-produced series. This includes The Equalizer, three FBI dramas and Magnum P.I. Hiring Wilson and Glass further punctuates a likely third-season pickup for the drama, which as of May 4, was averaging 9.5 million total viewers ranking No. 4 and No. 3 among the 14 dramas CBS has aired this season.

Wilson was a writer and co-executive producer on Season 1 and was promoted to executive producer during the sophomore season. He penned the “D.W.B.” episode in Season 2, which tackled both police brutality and what it means to be a Black police officer when two sheriff deputies attacked and kidnapped NYPD Detective Marcus Dante (played by Tory Kittles). 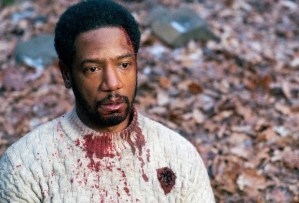 By making Wilson a co-showrunner, The Equalizer will likely tackle more social justice fare as it has in Season 2, which has included everything from the Tulsa Race Massacre to anti-Asian hate crimes.

“The goal was to open up Dante’s character in the shadow of George Floyd’s death and the Caron Nazario case, the Army officer who police pepper-sprayed at a gas station,” Wilson told TVLine back in March. “All of these things are what we deal with as Black people in America everyday, and I wanted to combine those cases. It allowed us to really show who Dante is, what makes him tick, and the journey that he’s on — but also bring awareness to the fact that this is something that is not over.”

The showrunner switch also comes shortly after Chris Noth’s ouster as William Bishop. For one-and-a-half seasons, Noth played the friend and former CIA handler of Queen Latifah’s Robyn. He was removed from the cast in December after five women came forward with allegations of sexual assault and misconduct, claims the actor called “categorically false.”

Days after the first accusations surfaced, CBS confirmed Noth’s exit from The Equalizer. His final on-camera appearance came in the Jan. 2 episode, which was filmed before the allegations came to light. In the April 10 installment, a half-dozen episodes after Noth’s final appearance, his character Bishop was killed in a plane crash orchestrated by Robyn’s nemesis Mason Quinn (Prison Break’s Chris Vance) — as Robyn watched.

Are you excited about a possible Season 3 of The Equalizer and the topics the drama might explore next? Drop your thoughts in the comments.