We’ve got questions, and you’ve (maybe) got answers! With another week of TV gone by, we’re lobbing queries left and right about lotsa shows including S.W.A.T., Killing Eve, Ghosts and Outer Range! 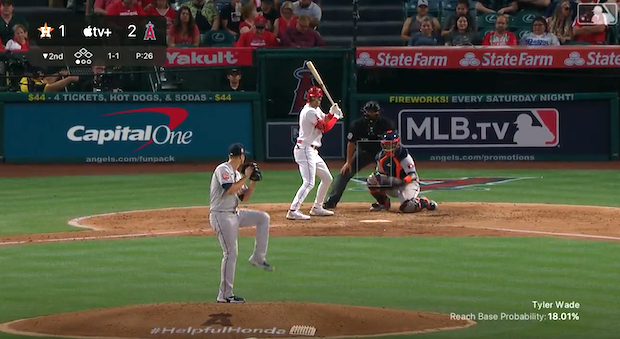 1 | If Friday Night Baseball wasn’t branded as an Apple TV+ telecast, would the distinctly Apple fonts and tinted gray overlays have been your first clue?

2 | Sure, Better Call Saul fans might have been expecting it, but don’t you wish The Powers That Be hadn’t spoiled that Bryan Cranston and Aaron Paul would reprise their Breaking Bad roles in the sixth and final season of the prequel?

3 | On Outlander, wouldn’t at least one of the Ridge’s inhabitants whom Claire had helped in the past maybe have supported her and Jamie after Malva’s accusation?

4 | Did anyone on Showtime’s Super Pumped have a more thankless role than Kerry Bishé, of the far superior AMC tech drama Halt and Catch Fire?

5 | If The Walking Dead‘s Leah was supposed to be so sly, why did she drag Maggie back to the house for a chat instead of just killing her in the field? And shouldn’t a soldier like Leah have known how to tie ropes that can’t be loosened in a matter of seconds?

6 | Did the ending of Killing Eve‘s series finale feel even more harsh, since the big twist literally happened in the last three minutes? And whatever happened to Eve’s sort-of boyfriend Yusuf? 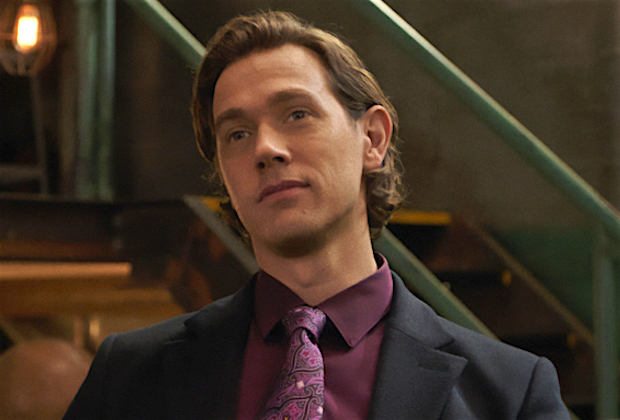 8 | If we don’t get to see NCIS: Los Angeles‘ Kilbride tear the two cops who profiled Rountree a new one, what are we even doing here?

9 | We “get” that it made for a good premise, but would S.W.A.T.‘s Hondo really have gone on the run when he was so clearly framed? Like, would the investigation have unfolded any differently if he let himself be brought in? Also, if you happened to see Michael Bay’s Ambulance last weekend, wasn’t S.W.A.T.‘s cold open incredibly coincidental, right down to the two brothers driving the S.W.A.T.-chased white van? Finally, given Shemar Moore’s go-to term of endearment on Criminal Minds, if S.W.A.T.‘s Hondo and Nichelle do conceive, it kinda has to be a “baby girl,” eh?

10 | Did your heart also melt for Call the Midwife‘s Sister Monica Joan and her childlike glee upon receiving an ice lolly (aka popsicle) from Fred?

11 | As great as it felt for Sanditon‘s Georgiana to best Lady Denham, were you saddened by all that wasted cake? Someone has to eat that, right? 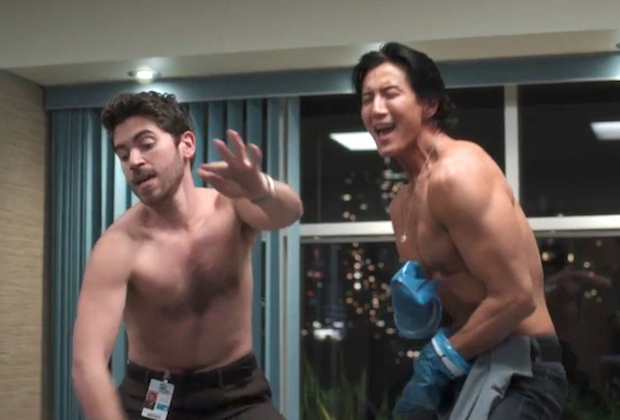 Which Good Doctor moment was funnier: Andrews believing himself to be Spider-Man, or Morgan walking in on Asher and Park’s shirtless sing-along to Vanessa Carlton’s “A Thousand Miles”?

13 | This Is Us viewers, was your delight at spotting Sophie in the one flash-forward instantly overshadowed by the reveal that she in fact got remarried? Were you similarly disheartened to learn that Kevin apparently is due for a run of disposable romances? Were you surprised Toby’s depression wasn’t discussed at any point during marriage counseling, or between Kate and Toby while at home? And why did Jack in the not-so-distant timeline suddenly have dark brown hair? (Are we to assume he dyed his hair blond again once he got older?)

14 | Is Amazon Freevee among the worst rebrandings of all time? Or is the name eventually going to sound normal, like Freeform, Hulu and Tubi?

15 | Why weren’t Moon Knight‘s Marc and Layla simply forthcoming with Anton about why they wanted to see the sarcophagus — e.g. “We’re looking for a map that will save millions of lives” — instead of being (so clumsily) surreptitious? 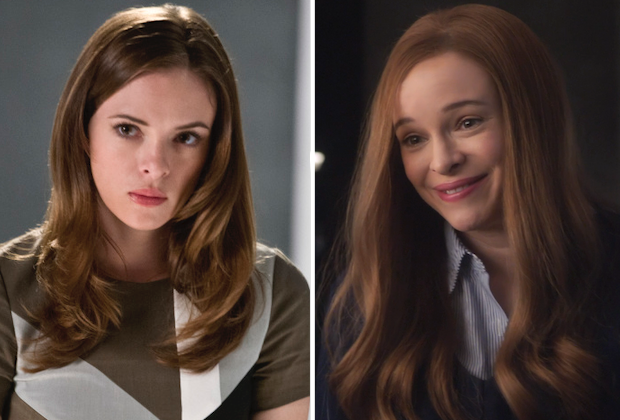 16 | With all the reference material available, how did The Flash get circa 2012 Caitlin’s hair/look wrong? (We ask for an umpteenth time, CW, why is wigging so hard?)

17 | On Chicago Fire, did anyone even call Donna after her husband Boden ended up in a hostage situation?

18 | On Chicago P.D., how funny was it that Halstead was paired with someone less talkative than him?

19 | Going forward, should Survivor ditch the hourglass twist for good? Is it the worst twist in the show’s history? And even though gentle giant Jonathan survived the first merge vote, does he have any chance in hell at winning the game?

20 | Did you get choked up when The Wonder Years revealed that connection to the OG series?

21 | Were you surprised to hear The Conners reference Dan’s bike shop after all this time? We’d assumed that, too, was retconned since Dan didn’t bring it up when he insisted on partial ownership of Ben’s hardware store in Season 3. And considering it was Louise who volunteered her husband for the funeral home remodel, couldn’t she have been a bit more understanding that he was pressed for time?

22 | On A Million Little Things, wouldn’t Gary’s doctor’s office just have called him with the big news rather than make him come into the office? 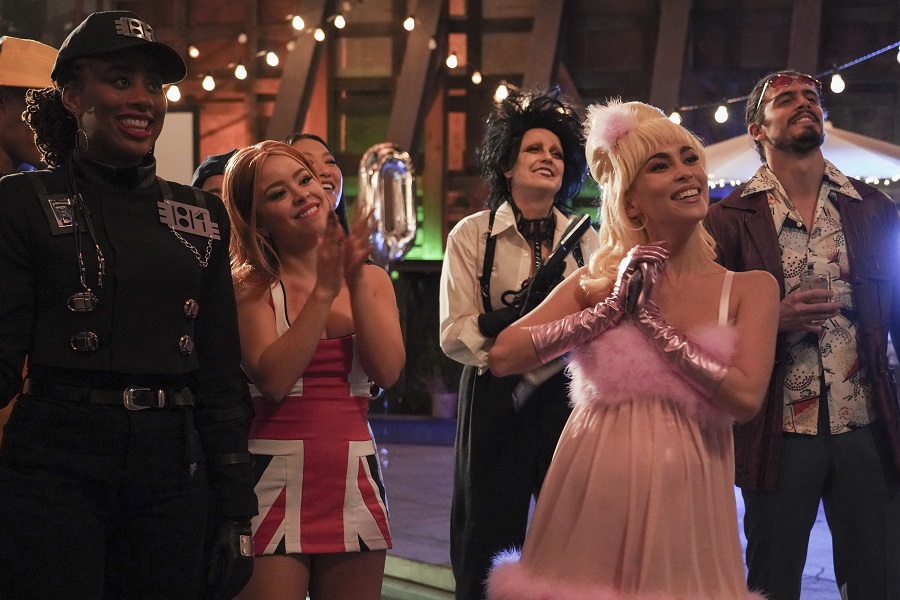 23 | Doesn’t it feel like Good Trouble has forgotten that Gael is bisexual, especially given Isabella’s comment about him one day falling in love with a woman, not a woman or a man? Who had the best ’90s costume at Dennis’ birthday? And were you surprised to get a Callie appearance so soon after her departure?

24 | Does anyone else get a bit distracted by the artificial “stomp, stomp, stomp” that Halo adds to the Spartans’ footsteps? (Or is that a loving callback to the video games?)

25 | We’re glad that Legacies gave Klaus an emotional send-off three years later, but what happened to Elijah? Did no one bother to “Humpty Dumpty” his ashes into an urn, too?

26 | Is United States of Al ever going to follow up on the crisis in Afghanistan? Or are we supposed to forget that he has family members stuck there under Taliban rule, while his sister is stranded in Turkey? And do you feel bad for Freddy, who has no idea that Vanessa is cheating with ex-husband Riley?

27 | Was Ghosts‘ Alexa plotline the first instance of product placement done in a way that was completely enjoyable? And are you glad the show didn’t find a “loophole” for Trevor to hook up with the sorta-technically fiftysomething teenage ghost?

28 | Regarding Outer Range‘s first two episodes (SPOILER ALERT!): Based on the tense talk Royal had with Wayne Tillerson, had Royal fired first shots at his neighbor some time in their past? What does Autumn know about the land that we don’t yet? Are there other voids/related phenomena elsewhere? And can those who enter the hole go back in time in addition to moving forward?