ABC’s The Wonder Years, a reimagining of the ‘80s sitcom starring Fred Savage (who serves as executive producer), had never shown any connection to the original series until this week’s episode.

Wednesday’s installment, titled “Love and War,” found Bruce (played by Spence Moore II) returning home from the Vietnam War after being shot and injured. Although expected to make a full recovery, the eldest Williams son was reluctant to talk about how he got hurt and even kept the Bronze Star he earned from said incident a secret. 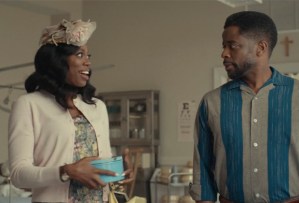 Insecure alum Yvonne Orji guest-starred as Bruce’s girlfriend Tammy, whom he proposed to as a way of rushing back into a sense of normalcy. They decided not to get married or live together, but would continue dating.

Following Tammy’s rejection, Bruce broke down what happened the night he was shot. He was on patrol with his men when they were ambushed by gunfire. As his squad retreated, he and his friend Brian noticed three men were down and went back to retrieve them. He was shot in the process and called out to Brian, who never answered.

Since he was injured, he knew he needed to get out of there and not put any more of his men at risk — even if that meant leaving Brian behind. His quick-thinking decision left him wracked with guilt, especially since he hadn’t fulfilled the promise he and Brian made to notify each other’s families if anything ever happened to them.

After opening up to his family, Bruce found the strength to write to Brian’s family and let them know how he died. Dean, curious about the picture of Brian with his sister, asked for the pretty girl’s name. 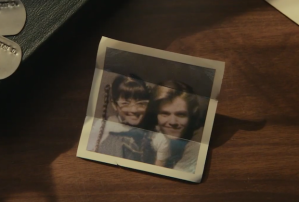 “Gwendolyn, but he called her Winnie,” Bruce said. Winnie, as in Winnie Cooper, Kevin Arnold’s neighbor and main love interest in the OG series. Her brother’s death was revealed in the original Wonder Years pilot, but the exact details of how he died were never explained until now.

How did you feel about The Wonder Years’ special nod to the original series? Let us know your thoughts in the comments.