Helmsman Gordon Malloy of the U.S.S. Orville is about to make a thunder buddy for life. 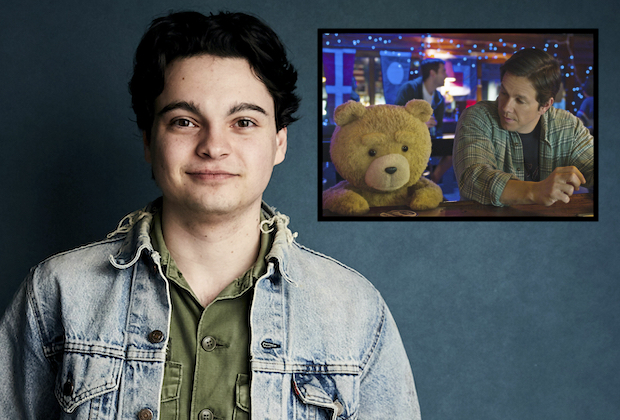 Additionally, Max Burkholder (Parenthood) has been cast as a 16-year-old John Bennett — the role originated by Mark Wahlberg in the 2012 film. Grimes will play John’s father Matty, “a blustering, blue-collar Bostonian who thinks he is the unequivocal boss in the family, and doesn’t like anyone challenging him — particularly his liberal-minded niece Blaire (played by The Punisher‘s Giorgia Whigham),” per Peacock.

Grimes’ role is in first position to Hulu-bound The Orville. According to our sister site Deadline, the streamer let the Orville cast’s options expire in August, and there are no current plans for Season 4. (With that said, the door is supposedly open for additional seasons if/when MacFarlane pitches a new installment.)

Although The Orville‘s first two seasons aired on Fox, it was announced in July 2019 that, due to the demands of production, the sci-fi adventure series would move to Hulu for Season 3. Nine months later, the coronavirus pandemic hit, further delaying The Orville‘s next mission. At first, a March 10 return date was set, though that eventually got pushed back further, to Thursday, June 2 (watch new opening credits here).

As for Ted, the small-screen spinoff is set in the year 1993 — “and Ted the Bear’s moment of fame has passed, leaving him living with his best friend, 16-year-old John Bennett, who lives in a working-class Boston home with his parents and cousin,” according to the official logline. “Ted may not be the best influence on John, but when it comes right down to it, Ted’s willing to go out on a limb to help his friend and his family.” A premiere date has not yet been announced.

Are you excited to see Grimes team with MacFarlane on Ted? Or sad to hear what this likely means for the fate of The Orville?