THE PERFORMANCE | In Episode 3 of Apple TV+’s adaptation of the Min Jin Lee novel, there was something about the way the older Sunja’s storyline sneaked up on us with its profundity.

And the topic was rice.

“Chapter Three” opened with the older Sunja adrift in the wake of sister-in-law Kyunghee’s death, and Youn’s blank expression registered that loss throughout a sequence in which she couldn’t even decide where to display the ashes. After, Sunja distracted herself with talk of grandson Solomon’s work conundrum, unable as he has been to buy a parcel of land from an elderly woman named Han Geumja. “What is wrong with her?” asked Sunja (in Korean), in a moment that later would be laden with irony. “I wish I understood why some people cling to the past. What good does it do?”

When Solomon suggested that he bring his grandmother along to Tokyo for another run at the landowner — to reiterate her stance that a house is “just a roof and walls” — she agreed. But no one could predict where that awkward introduction was heading.

After meeting Han and learning that she just graduated the sixth grade (having had education devalued like many a Korean girl), Sunja took a bite of the rice the landowner made for her guests. And no sooner did the grains hit her lips, you saw a life lived flash before Sunja’s eyes. Youn had us rapt in the minutes that followed, as Sunja and the landowner got swept up in nostalgia, before explaining to Solomon that the rice had been brought over from Korea, as evidenced by its nuttier taste and harder bite.

To eat white rice in their childhood had been a “luxury,” and “now we eat it every meal and don’t even notice. Is that a good thing?” sighed Sunja. She said the rice “reminds me of my mother, the day I got married,” and as that memory hit, Sunja succumbed to sobs.

Where was all this heading? The landowner spoke of how hearing your language on the streets of Korea, how just feeling that ground beneath your feet, makes you feel truly at home — at which point Sunja observed that Kyunghee would have been happy to go back once more.

And she will. At episode’s end, Sunja arrived at her son’s pachinko parlor, Youn’s eyes full of excitement but maybe also some anxiety, to declare that Kyunghee “wanted to see our homeland once more,” and to that end, “I want to take her home. I want to go home,” she effused. And energized by Youn’s performance, we can’t wait to join her on that journey. 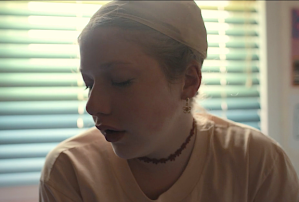 HONORABLE MENTION | If you found yourself asking, “Who’s that girl?!” while watching Violet Young portray the younger version of Amy Schumer’s titular Life & Beth heroine, you were not alone. The up-and-comer displayed a depth of talent well beyond her years throughout the 10-episode Hulu dramedy, with her most compelling work arriving in the flashback heavy penultimate installment, which found Young Beth careening toward a mommy issues-induced mental crash. Young’s impressively naturalistic acting style lent heartbreaking authenticity to Beth’s battle with Trichotillomania. When the stress finally proved too much, leading the amiable and super-chill Beth to finally crack, Young rose to the cathartic occasion, throwing her entire body — magical, Meryl Street-level tear ducts included — into the emotional breakdown. Trust us when we tell ya — this Young kid is goin’ places. 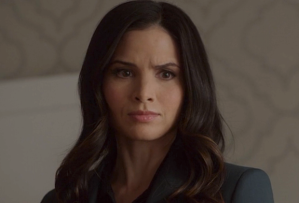 HONORABLE MENTION | Katrina Law just recently spoke of how NCIS‘ Jessica Knight is inclined to talk things out, and what rolls around this week but a prime showcase for the negotiator’s skills. When Jess found a suspected “wife killer” cowered in his bedroom, gun to head, the man (A-plus guest star Mike Erwin) invited the fed to simply “walk away” and let him end things — but “that’s actually the worst part about it, the sound,” Jess remarked. Throughout the eight-minute standoff, Law toggled between Knight’s well-trained handling of such a crisis and her more compassionate side, as she urged the suspect to seek his fair trial. “You’re not even going to try to fight? You’re just gonna die a wife killer?” she asked. “If you’re ready to talk, I am ready to listen.” Jess, alas, couldn’t stop the trigger from being pulled, but she did save the widower’s life, after which Law showed us how shaken her otherwise-unflappable character was. 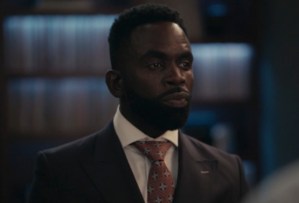 HONORABLE MENTION | It’s hard to single out just one person in Bel-Air’s super talented ensemble, but we have to acknowledge Jimmy Akingbola’s stellar performance in this week’s episode of the Peacock series. There’s no doubt that Akingbola has been a steady force throughout the season as the Banks’ house manager, Geoffrey. He’s managed to imbue the fan-favorite character with modern sophistication and an unexpected swagger that makes him a thrill to watch in every scene. Thursday’s episode offered a closer look at the Jamaican Brit as Geoffrey grappled with giving Will sensitive information about his father and stood up to Phil throughout the hour. Whether he was hitting back at his employer with restrained rage, imparting words of wisdom or just strutting around in designer suits like James Bond, Akingbola gave a standout performance worthy of the character’s iconic legacy, and easily stands as one of the best parts of this reimagining.