“Unique sparks” will fly when Katrina Law‘s Special Agent Jessica Knight finds herself on a work trip to the Aloha State, in CBS’ NCIS/NCIS: Hawai’i crossover airing this Monday starting at 9/8c. 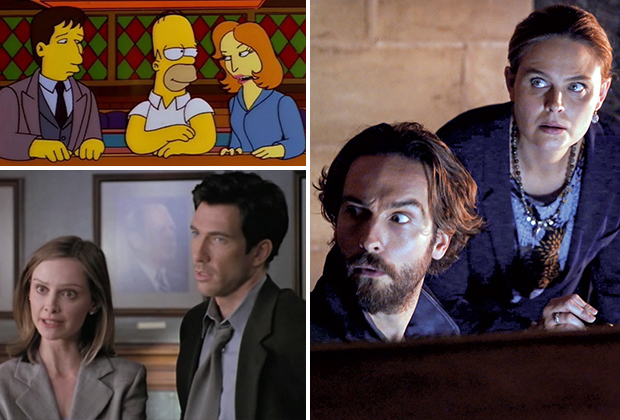 In the Q&A video above, Law tees up the double-episode crossover, which kicks off when NCIS‘ Special Agent Nick Torres (played by Wilmer Valderrama) is invited by NCIS: Hawai’i‘s Special Agent Jane Tennant (Vanessa Lachey) to visit the 50th state, when an old case of theirs takes on a new wrinkle.

Law reveals how Jess’ first trip to Hawai’i finds her… spending a lot of time indoors (sigh), though that allows for much bonding between Parker’s badass agent and Tennant’s kickass computer specialist Ernie Malik (Jason Antoon).

Of course, this is far from Law’s first time in Hawai’i, having co-starred on CBS’ Five-0 reboot during its 10th and final season. How does she compare NCIS‘ Jess to H50‘s Quinn Liu? (And did she actually suggest the “long lost twins” meet during this crossover?) Press play above to find out.

Also in the video above, Law talks about who from the Five-0 ohana she got to reunite with during the NCIS crossover, and she teases possible reveals about Jess in the weeks ahead.

(In the previously released video below, Law weighs in on the big pregnancy news delivered to her on-screen Arrowverse love interest, Legends‘ Sara Lance.)