The streets of Beacon Hills are once again teening — sorry, teeming — with werewolves.

Teen Wolf: The Movie — Behind the Scenes Photos From Set 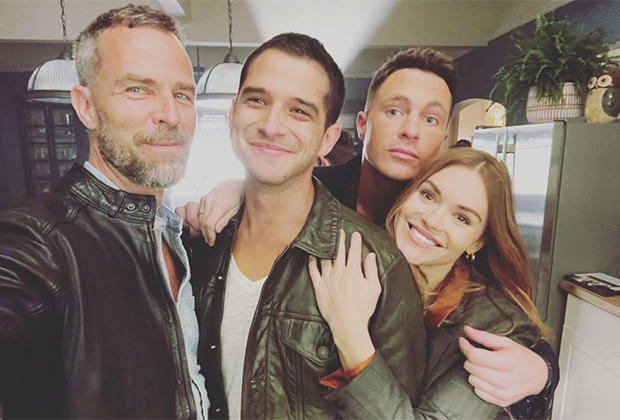 Teen Wolf: The Movie, a continuation of the hit MTV series (2011–2017), officially began production on Monday, with Tyler Posey, Dylan Sprayberry and more original cast members stepping back onto the set for the first time in five years.

As for what they’ll be facing when the reunion movie drops on Paramount+ later this year, the official synopsis alludes to a “terrifying evil” that emerges under the light of a full moon. “Only a werewolf like Scott McCall, no longer a teenager yet still an alpha, can gather both new allies and reunite trusted friends to fight back against what could be the most powerful and deadliest enemy they’ve ever faced.”

Not returning are Dylan O’Brien, who made the “difficult decision” not to step back into Stiles’ shoes, and Arden Cho, who was reportedly offered half the salary of her three female co-stars. It’s not yet known whether Tyler Hoechlin or Ian Bohen will be back; the actors, who are currently battling on The CW’s Superman & Lois, gave TVLine some vague answers when asked about their involvement.