We’ve got questions, and you’ve (maybe) got answers! With another week of TV gone by, we’re lobbing queries left and right about lotsa shows including The Rookie, Ted Lasso, Raised by Wolves, NCIS, Survivor, Severance and more! 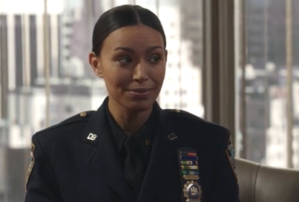 1 | How many times is Blue Bloods going to tease us with the addition of Reddick to the Three Musketeers? Also, was Episode 250 a criminal underuse of Hadestown’s Andre De Shields?

2 | As soon as you realized that The Rookie this week had shot the entire episode in the style of Real Housewives/KUWK, did you switch the channel to S.W.A.T.? Is two camerawork gimmicks in a season one too many?

3 | How much longer do you think Billions‘ Dave will stick with Chuck once she realizes how truly vindictive he is? 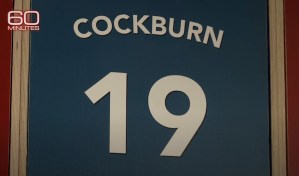 4 | Ted Lasso fans: Prior to Sunday’s 60 Minutes segment revealing that AFC Richmond players were named after friends, family members and old mentors, had you ever noticed that one of the kits hanging in the locker room bared the surname of Jason Sudeikis’ ex, Olivia Wilde (née Cockburn)?

5 | After seeing Captain Tatum mistake takeout menus for quarterly reports, would 9-1-1: Lone Star‘s Mateo have really said nothing and let this guy oversee the response to a fire? 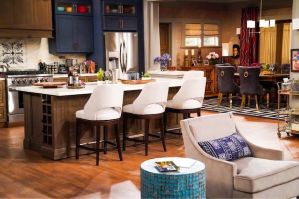 6 | Did The Neighborhood‘s Butler residence somehow get smaller upon renovation? Or does the open floor plan just make it look smaller? And if the kitchen is now where the dining room table used to be, where does that door behind the kitchen lead to?

7 | Could Salen’s Good Doctor exit have been any less anticlimactic? What, are we to believe her feelings for Andrews were strong enough that the thought of having to destroy his career was enough to convince her to back out of a multi-million dollar acquisition? 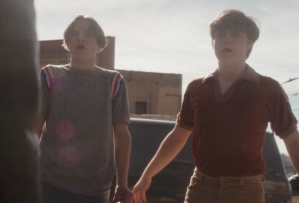 8 | Was the NCIS flashback casting a bit off, having the taller, lankier kid not be Young Parker? Also, what was the bigger stretch, that Jess would have any trouble finding a plus-one, or that a big family wedding was being held on a workday?

9 | How I Met Your Mother fans, on a scale of 1-10, how loud did you squeal when the camera first panned over to Cobie Smulders, revealing none other than Robin Scherbatsky was seated at MacLaren’s in the How I Met Your Father finale? 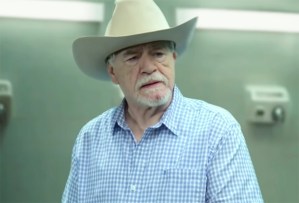 10 | Now that Brian Cox has channeled Cassie, which memorable Euphoria scene do you next want to see a Succession star reenact? And were you sorta in awe that Cox even agreed to do that?

11 | How hard did The Bachelor‘s producers have to hit the “applause” button to get the live audience to actually clap for Susie’s deeply disappointing reunion with Clayton? And do you trust EP Mike Fleiss’ assertion that new Bachelorettes Gabby and Rachel won’t be pitted against each other?

12 | We love This Is Us‘ show of solidarity, having Kevin and Nicky go to the hospital to see to Cassidy… but didn’t that leave Edie home alone with a set of infant twins and a potentially very upset Matty?

13 | On Young Rock, did you laugh or groan when The Rock and Randall Park sang Boyz II Men’s “End of the Road”? And are you as pumped as we are to see guest star Sean Astin play a jabroni from Dewey’s childhood? 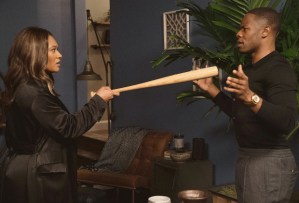 14 | Were you surprised and slightly disappointed the Sistas‘ midseason finale didn’t get a Tyler Perry after show?

15 | Where you shocked when Good Trouble‘s Callie said that she and Mariana moved to The Coterie only 11 months ago?

16 | Were you pleasantly surprised that The Conners didn’t kill off Chuck’s wife Anne-Marie? (Following the deaths of Roseanne, Ed Sr. and Molly, we just assumed it was customary for someone from the OG show to be killed off every season!)

17 | Let’s hear it, Survivor fans: Who is your favorite castaway this season and why is it Maryanne? Also, how do you feel about the secret phrases being back in play?

18 | In the Resident Alien midseason finale, is it possible that the E.T. that killed Logan is possibly one of the mysterious Greys? And are you pumped that Enver Gjokaj is joining the mix?

19 | Chicago Fire fans, would you sign up for Severide the Fire Cop? 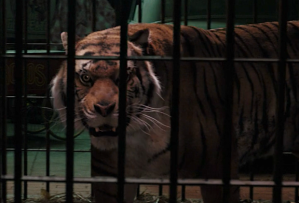 20 | Was Snowfall’s CGI tiger better or worse than the one from The Walking Dead a few years ago?

21 | Was any other Million Little Things fan surprised that fastidious Katherine didn’t immediately wash her hands after digging through the garbage to hide her takeout containers? And why would Dan, showing up out of nowhere, thump-thump-thump! on Gary’s door so late at night? (Ever hear of texting?)

22 | On Star Trek: Discovery, how happy were you to see Tilly back with the crew? And how surprised were you by that Stacey Abrams cameo? 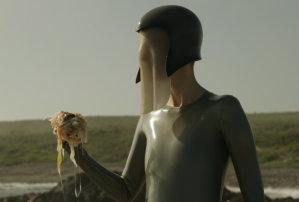 24 | Was Raised by Wolves’ Mother reaching her hand into the injured serpent’s eyeball to remove a gooey chunk of its brain somehow oddly far from being this season’s most squicky imagery? And who else got chills once Grandmother’s agenda became clear?

25 | The theme for the 2022 Met Gala, “Gilded Glamour,” had to have been inspired by HBO’s The Gilded Age, right? And more importantly, do we think the Russells will score an invitation? 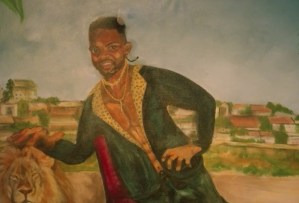 26 | Is it just us or is grown-ish‘s Aaron portrait from Vivek the stuff of nightmares?

27 | Do we need to worry about Grey’s Anatomy‘s Meredith and family since not a peep of a fire alarm was heard when Maggie sparked the living-room blaze?

28 | Given how long it took MasterChef Junior Season 8 to come out, did anyone else Google to see how old the child that judge Daphne Oz was pregnant with at the time now is? (Answer: Gigi turns 3 in August!)

29 | Any other Severance watchers on the fence as to whether Patricia Arquette’s Big Bad Harmony is downright terrifying or bust-a-gut hilarious?