#Shamy was in full force during Thursday’s Young Sheldon.

The Big Bang Theory prequel enlisted Mayim Bialik to reprise her role as Sheldon’s “lovely wife” Amy, who alongside her husband (voiced, as always, by Jim Parsons) narrated an episode focused on relationships. They began with a discussion on jealousy that culminated in Dr. Cooper mansplaining the origins of jealousy to Dr. Fowler. In response, the accomplished neuroscientist reminded her hubby that she has a Nobel Prize — a direct reference to Big Bang‘s 2019 series finale.

Next came a conversation about the element of mystery. “That’ll keep a relationship on its toes,” Sheldon argued, at which point Amy pointed out that the theoretical physicist leaves veryyyy little to the imagination.

“Your bathroom schedule is on the refrigerator,” she said, as the printout that once hung on Sheldon and Leonard’s fridge was shown up close for the first time. “We have no mystery.” 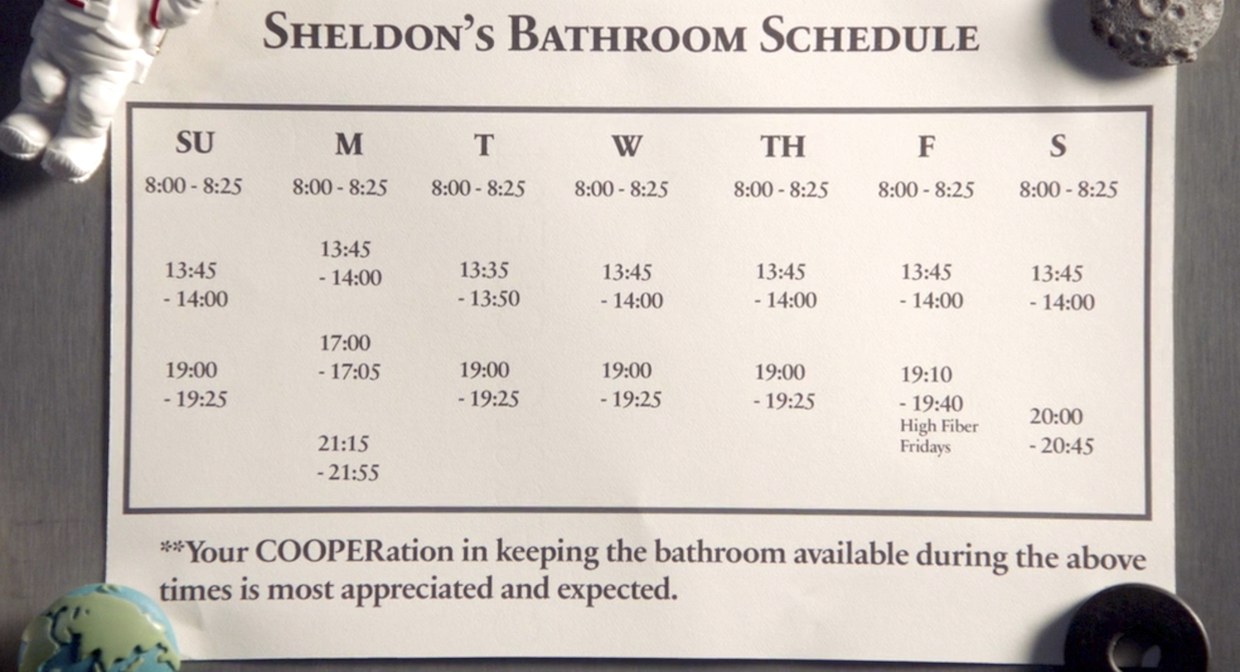 Young Sheldon, which is told from the perspective of an older, more reflective Dr. Cooper, previously revealed that Sheldon and Amy have children (plural) after the events of Big Bang. Bialik’s initial cameo during Season 4 disclosed that their firstborn is a son named Leonard Cooper, while Thursday’s encore revealed that Sheldon was stripped of his comic book allowance to start a college fund for their kids.

Bialik was the second of Parsons’ former BBT castmates to make a voiceover appearance on the spinoff. During Season 3, Kaley Cuoco (aka Penny) became the first costar to cross over when she made an uncredited cameo in one of the boy genius’ nightmares. Bialik turned up at the start of the following season, while Simon Helberg recently reprised Howard to get to the bottom of Sheldon’s disdain for engineering (watch video).

What did you think of Bialik’s latest return to Young Sheldon?

Two narrators are better than one on tonight's new #YoungSheldon— and if we're talking relationships, we have to say this is one of our favorites. pic.twitter.com/VQdsijIOLC