Which This Is Us episode just might ruin you? Is Magnum P.I. due for a blast from his past? Will “Open House Night” upend Abbott Elementary? Might Reacher get bigger? Read on for answers to those questions plus teases from other shows. (Email any brand-new Qs to InsideLine@tvline.com.)

Really enjoying this last season of This Is Us, so many emotions! Any scoop on upcoming episodes? –Marie
Susan Kelechi Watson, who plays Beth, shared with TVLine that the 11th and 12th episodes “ruined me… By the end of 12, I was kind of gutted.” Driving home her point, she added, “I’m the one in the cast who is not the biggest crier, but I’m going to tell you now that [Episode 12, written by showrunners Dan Fogelman, Isaac Aptaker and Elizabeth Berger] hit hard, and it hit different. I know the story of Kate and Toby[‘s split] is coming, we all know that it’s coming, but it hits different when you read it. Beautifully done.” The episode prior, meanwhile, “reads like a novel that you just want to keep turning the pages,” SKW said. (This Is Us returns March 8 with Episode 7.)

I love Abbott Elementary! How many episodes will it have this season, and do you have any fun teasers? –B.J.
When the well-received ABC sitcom resumes its 13-episode season on Tuesday, March 22, it will be Open House Night at the titular school, where Janine is nervous about meeting one of her students’ parents, and viewers will meet another of the teachers’ family members. 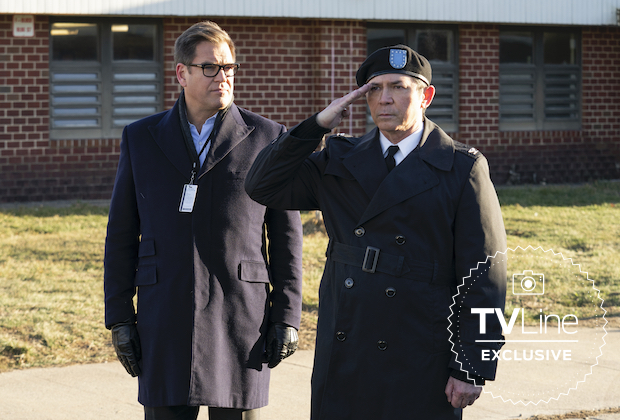 Do you have any scoop on the final season of Bull? –Daisy
How about this first look at Prodigal Son alum Lou Diamond Phillips’ Thursday, March 3 guest-starring role as Colonel Victor Taggert, a U.S. Army psychiatrist who hires TAC to assist with a diminished capacity defense.

Is there any news on if and when there will be a Season 2 of Amazon’s Hunters with Al Pacino? –Steve
Season 2 was ordered back in August 2020. But I asked around and there are, alas, still no updates. 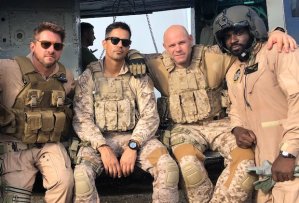 It seems like Nuzo might reappear on Magnum P.I. this season. Are we in for a flashback episode? –Ash
As a matter of fact, Domenick Lombardozzi will reprise his role as Magnum’s dearly departed BUDS bud in this season’s 18th episode, which was directed by Jay Hernandez. In the episode, Nuzo is posthumously implicated in a murder from four years ago and the ohana sets out to prove his innocence. For Magnum, it’s an opportunity for redemption, seeing as he couldn’t save Nuzo’s life but now can preserve his friend’s honor. “It’s a very different kind of episode and unlike anything we’ve ever done before,” says EP Eric Guggenheim. “We think it’s going to be pretty special, and we’re excited for everyone to see it.”

Any update on Season 3 of Harley Quinn? –Eric
Only that it remains on track to hit HBO Max sometime this year. 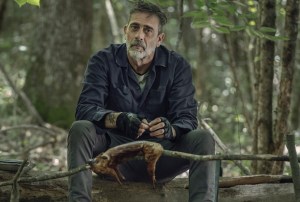 Negan isn’t really gone on The Walking Dead, right? —Ray
Nope. Showrunner Angela Kang recently told TVLine, “It is safe to say we have not seen the last of Negan.” In fact, his split from the core crew in the Season 11B premiere was “not meant to be a cliffhanger, like, ‘Has he left the show?’” she added. “It’s more a cliffhanger of, ‘Where will we see him next?’”

Is Leah coming back to The Walking Dead? Doesn’t she’s gotta try to get even with Maggie? —Lex
When TVLine put that very question to showrunner Angela Kang, she insisted that “I can’t get into that without spoiling, so let people conjecture as they may.” (Which, in a way, probably tells you all you need to know about Daryl’s ex.) 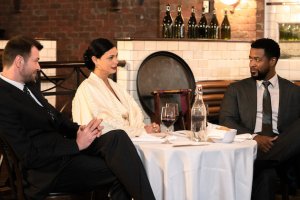 Any information about The Endgame? –Aureola
The NBC freshman’s next episode, No. 3 of 10, will shed much light on the seemingly damning photo of Val’s husband Owen in the company of both Elena and Sergey. As Morena Baccarin told me, “You will see exactly how they met — there’s a very important business deal that goes wrong — and you see how that relationship was solidified, and that Val doesn’t really know a lot about that situation.”

Thank you so much for all the Reacher Season 2 news so far. Is there any chance the next season will be longer? –Craig
The good news is that it could be. Because when I asked showrunner Nick Santora if the Prime Video adaptation was locked into eight-episode runs, he deferred, “That’s really an Amazon call; if they want more, I’ll give them more! I like writing.” 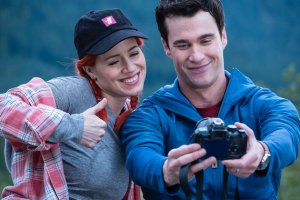 Any word on whether Resident Alien‘s D’Arcy and Ben hook up? They are such a better match. –K.
I get your Q to showrunner Chris Sheridan, and he said, “I don’t want to go into too many details, but Ben and Darcy are the best of friends and have known each other their whole lives. Sometimes to get through difficult times what you need is a solid friendship. Let’s just say as we move into the second half of the season, they are each going to really need that friendship.”

Any Rick and Morty news? –Vincent
I am told that Adult Swim is currently in production on Season 6, to premiere later this year. 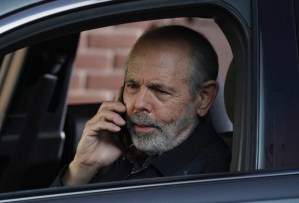 We need more Fornell on NCIS! Any plans for his next appearance? –Bob
When I spoke to Brian Dietzen, he said we will “definitely” see Joe Spano again this season as Fornell. (He also assured that David McCallum is due for a couple more appearances as Jimmy Palmer’s mentor, Ducky.)

Do you want scoop on a favorite show? Email InsideLine@tvline.com! Questions left in Comments will not be read and may very well count against your final score. (With additional reporting by Kim Roots and Charlie Mason)