When it comes to And Just Like That… returning for a second season, the ball is… not in HBO Max’s court?

And Just Like That...'s 10 Most Cringe-Worthy Moments, From Miranda's 'Woke' Ramble to Carrie's Big Request 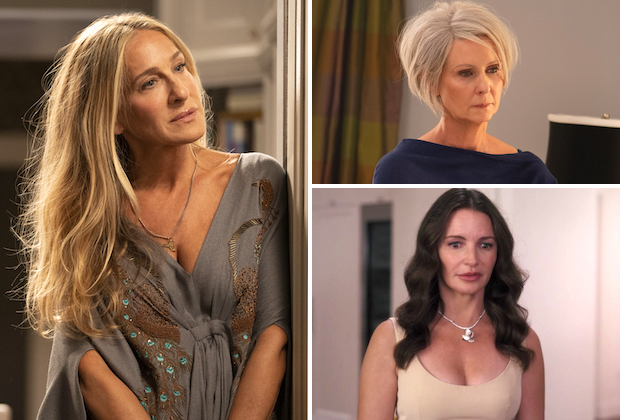 Asked why the hugely successful Sex and the City revival, which wrapped its inaugural season two weeks ago, has yet to be renewed, HBO and HBO Max’s Chief Content Officer Casey Bloys tells TVLine that he’s waiting on showrunner/EP Michael Patrick King and leading lady/EP Sarah Jessica Parker to make the call.

“It’s honestly Michael and Sarah Jessica[‘s] decision,” Bloys reveals. “They need to make sure they want to keep going. I believe they will. They came to us with this idea of Big dying as a way to get into a story about women in their 50s. I think they want to make sure they have something they’re equally excited by… They’re talking about story. I believe they’re going to come to us with something they’re excited about.

“The show did well, so we’re excited,” he continues, “but we’re just letting them have their process and think about the show and what they want to do.”

Bloys recently revealed that And Just Like That… has been HBO Max’s most successful original series to date, telling our sister site Variety, “In terms of viewership, it’s been phenomenal. I couldn’t be happier with how it’s doing in terms of reception.”

Parker, meanwhile, told Variety she would “definitely” return for a Season 2 as Carrie. She added that she and King “spoke two weeks ago, and said: ‘OK, when are we going to talk about this?’ Because there’s a calendar, and you don’t want to let too much time pass. There feels like there’s momentum.” (With reporting by Kim Roots)