We’ve got questions, and you’ve (maybe) got answers! With another week of TV gone by, we’re lobbing queries left and right about dozens of shows including Claws, How I Met Your Father, The Resident and The Book of Boba Fett! 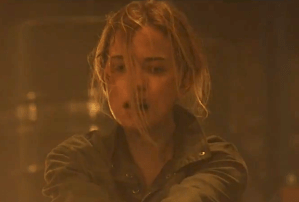 1 | In the Reacher season finale (sorta spoiler alert!), given how her mentor Detective Gray had been killed years prior, did you expect Roscoe to bludgeon Mayor Teale with the jeweled tip of his walking stick?

2 | Seeing as how 1883‘s storm could be seen coming from miles away, why did Capt. Brennan wait until the winds and rain were picking up to start informing the wagon train on how to stay safe?

3 | We realize that “Claws” and “plausibility” shouldn’t be in the same sentence, but… wasn’t Desna’s escape plan trickery (involving Navy SEALs and magicians) even harder to swallow than usual? Not to mention the police handing confessed killer Virginia over to Dr. Ken’s fake ICE agent without so much as checking his credentials? And what sort of COVID disaster must’ve befallen the production that Niecy Nash had to disappear for half the finale and film not one but two scenes over FaceTime? (Or was Nash’s broken foot to blame?)

4 | Did seeing Billions‘ Mafee and Dollar Bill again make you cheer? Or was it the pair’s Trading Places reference that gave you a warm and fuzzy feeling?

5 | In Power Book IV: Force, given the revelation that Tommy’s grandmother isn’t dead and he has a heretofore unknown half-brother: Did Kate ever tell her son the truth about… anything? 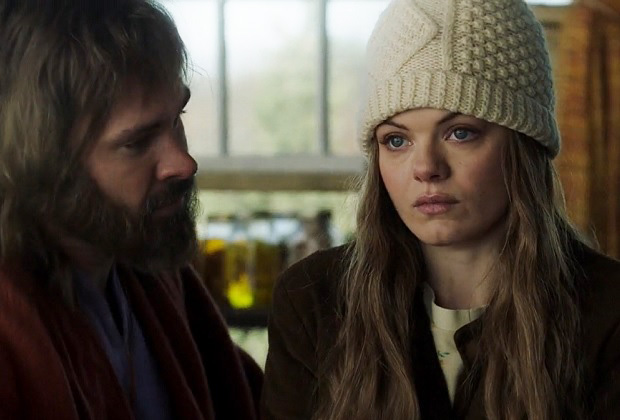 6 | As TVLine reader Maria noted, didn’t Mildred’s sister on 4400 look like a younger version of Tracy Spiridakos? And did that make Millie’s scenes with Patrick John Flueger even more creepy?

7 | Did you spend the entire 9-1-1: Lone Star episode waiting for Judd’s long-lost son to be exposed as a mistake or a scam? And did you also gasp when Robyn Lively walked through that door?

8 | Are we the only ones paying attention to how well (or not) The Cleaning Lady actually cleans? (She and her crew had barely made a dent in that bachelorette party bus!) And if the cleaning crew was able to turn on the stereo in the bus, does that mean they had the keys to the engine? Couldn’t they have driven off when they saw ICE?

9 | But seriously, why would Snowpiercer‘s Big Alice have had a harpoon cannon handy? And why didn’t Strong Boy at least take a few swings before submitting to Kevin and Wilford’s muscle? 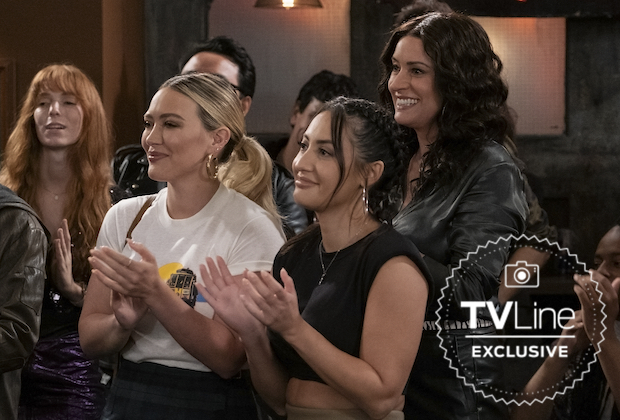 10 | On How I Met Your Father, how surreal was it seeing a character on a Hulu Original use her Amazon device to launch a Paramount+ series — in this case, The Good Fight? Couldn’t Ellen have been just as obsessed with, say, Hulu’s very own Only Murders in the Building? Also, is Tom Ainsley’s Charlie quickly becoming your favorite character, the more they allow him to unravel? And how perfect was Paget Brewster as Sophie’s mom Lori, who was pretty much the bizarro version of Lorelai Gilmore?

11 | Didn’t you have a hard time believing that any of The Resident‘s doctors or techs (even the blunt Raptor) would speak to an obese patient so rudely?

12 | If you read this column and its occasional speculations about The Rookie seemingly setting up a Bailey/Jenna Dewan/LAFD spinoff: Is your mind kinda blown by this news?

13 | Does the Early Edition reboot‘s premise — “an ambitious but uncompromising journalist starts receiving tomorrow’s newspaper today” — feel kinda stale for 2022? Shouldn’t she get, like, early push notifications or emailed newsletters from her outlet instead? 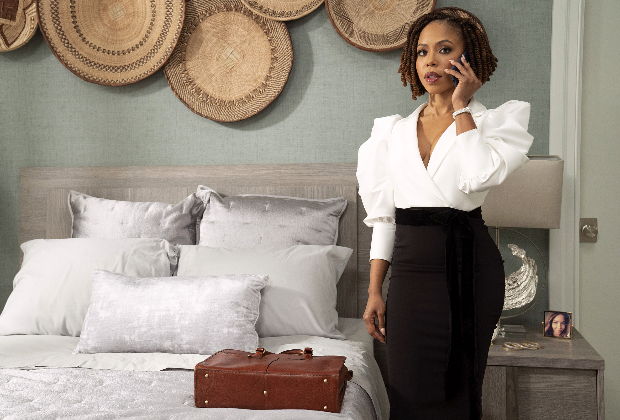 14 | We know Sistas‘ Andi loves herself, but why would she have a photo of herself on her nightstand?

15 | Did The Book of Boba Fett think that having Drash announce, “It’s a trap!” in those exact words would have been a bit too on the nose? Also, Peli Motto and the mayor’s majordomo totally hooked up after the battle, right?

16 | Does Hulu’s Pam & Tommy title confuse any Martin fans out there, since Tichina Arnold and Thomas Mikal Ford aren’t anywhere to be found?

17 | AEW fans, how stoked were you to see Keith Lee show up on Dynamite a week after his non-compete clause with WWE expired? 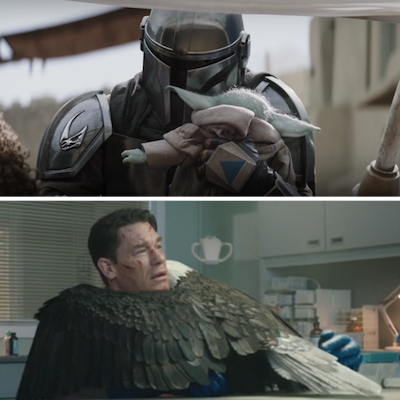 18 | Was the week’s most heartwarming hug between The Mandalorian/Grogu or Peacemaker/Eagly?

19 | If you took a drink every time Julia Garner’s Inventing Anna character pushed her glasses up her nose… gosh, how are you at all conscious to be reading this?

20 | How has Olympics coverage, here in the year 2022, not found a way to remove the on-site PA announcer’s incessant, Charlie Brown’s teacher-like squawking from the broadcast, to make it easier to hear the analysts/athlete interviews?