TVLine has an exclusive first look at the sitcom’s new trailer, which finds Raven (Raven-Symoné) relocating to her childhood home from That’s So Raven, this time with son Booker (Issac Ryan Brown) in tow. Not only has that set been painstakingly recreated, but as you’ll see in the trailer, Raven’s Home is also taking us back to iconic haunts like Victor’s (Rondell Sheridan) restaurant the Chill Grill.

“I’ve always been hopeful about [playing Alana again], so to be able to make it happen was a dream come true,” Bailon-Houghton told TVLine in November. “I always love working with Raven. We did the first Cheetah Girls movie when I was 19, and now I’m 38, so we’ve stayed friends for almost 20 years. We laugh at the fact that we were playing the high school students… and now we’re playing the parents. It’s so bizarre!”

Other new additions to Raven’s Home in Season 5 include Mykal-Michelle Harris (mixed-ish) as Alice, Raven’s young cousin; Felix Avitia (Gamers Guide to Pretty Much Everything) as Neil, Booker’s new classmate and neighbor; and newcomer Emmy Liu-Wang as Ivy, another neighbor who also babysits Alice.

Have a look at the new cast in the new (old?) Baxter home below: 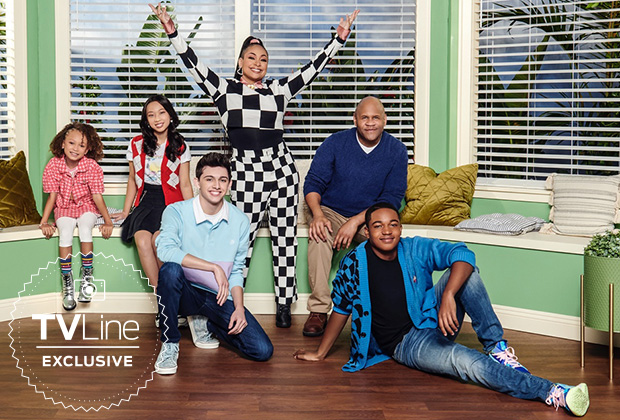 Hit PLAY on the trailer above for your first look at Raven’s Home Season 5, then drop a comment with your thoughts below.