Raven Baxter may see the future, but when Raven’s Home returns for its fifth season on Disney Channel, it’s the psychic’s past that comes back to haunt her.

Adrienne Bailon-Houghton is set to recur in Season 5, reprising the role of Raven’s high school bully Alana from That’s So Raven, TVLine has learned exclusively. What’s more, Alana is now the principal of Bayside, where Booker enrolls after he and Raven move back to San Francisco to care for her father.

“I’ve always been hopeful about [playing Alana again], so to be able to make it happen was a dream come true,” Houghton tells TVLine. “I always love working with [Raven-Symoné]. We did the first Cheetah Girls movie when I was 19, and now I’m 38, so we’ve stayed friends for almost 20 years. We laugh at the fact that we were playing the high school students… and now we’re playing the parents. It’s so bizarre!” 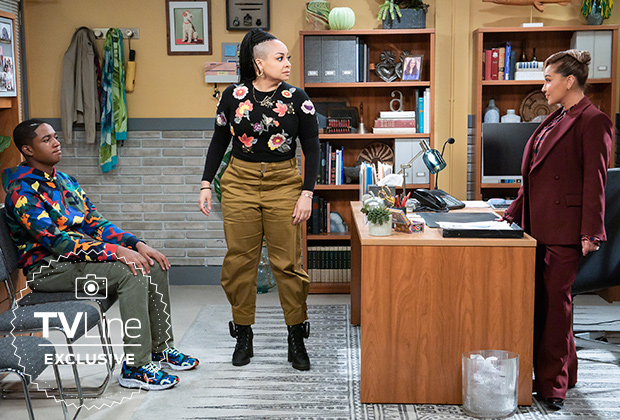 The entire experience of returning to Raven’s world was “wildly nostalgic” for Houghton, beginning with the flowers she found in her dressing room from Gary Marsh, the president and chief creative officer for Disney Branded Television.

“Gary has been one of those beacons of light throughout my career, ever since I was in The Cheetah Girls,” she says. “I would call him my industry father. To have a letter from him, welcoming me back to Disney Channel, I almost bawled my eyes out. I was so happy to be back. Not only was That’s So Raven filmed on that lot, but I also did The Suite Life of Zack and Cody on that lot. I remember all of our Cheetah Girls photo shoots and promo shoots. Even just being in the dressing room was insane.”

As for Alana being the principal, Houghton admits she was “fully shocked” by her character’s new gig. “How genius of the writers of this show to create that dynamic where the school bully becomes the principal,” she says. “It’s funny and ironic, and I’m loving being the authority figure.” Sure, it’s possible that Alana will eventually have a “pivotal moment” that inspires her to change her ways, but Houghton says she’s “having too much fun torturing Raven Baxter as a grown woman” to let that happen anytime soon.

Raven and Alana’s confrontational (yet playful) dynamic is on full display when the women eventually reunite, which Houghton credits to her and Raven’s decades-long friendship. 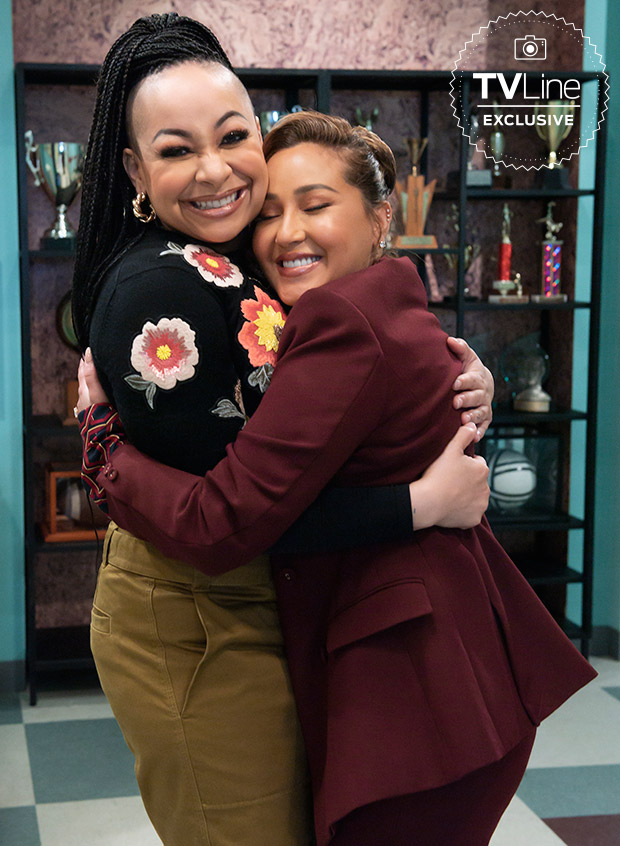 Now for the question all Disney Channel devotees are wondering: While we’re returning to familiar stomping grounds, would Houghton have any interest in also revisiting the Cheetah Girls franchise?

“That would be so fun, and I always say ‘never say never,'” she says. “I’m so excited about this new generation experiencing the Cheetah Girls on TikTok and Disney+. Kim Kardashian told me that North is obsessed with the Cheetah Girls and wants to introduce us. In the back of my mind, I’m like, ‘She’s going to wonder why I’m so much older!’ So I do love that there’s a resurgence, but my only concern would be ruining it. I don’t want to kill the memory of something so great. But I’d always be down. Maybe Bubbles and Chuchie are grown with kids of their own and they start the next generation of Cheetah Girls.” 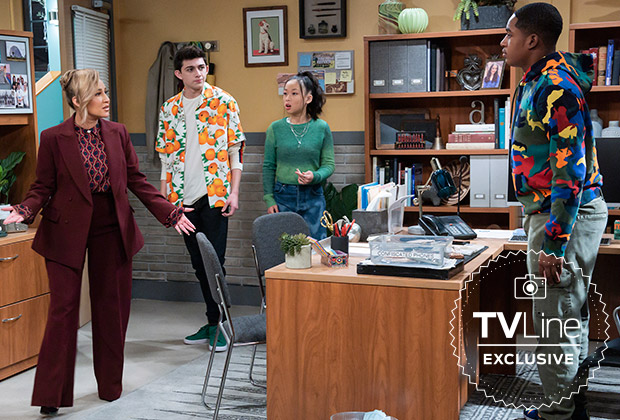 Oh, one last thing — if you could not mention this to either of Houghton’s nieces, that’d be great.

“I have nieces that are seven and nine, and they’re obsessed with That’s So Raven and Raven’s Home,” Houghton says. “Seeing the show through their eyes is the best feeling ever. I actually haven’t told them I’m doing this yet, so when I know it’s airing, I want to film and capture their reaction to seeing their aunt on the show again.”

A premiere date for Raven’s Home Season 5 has not yet been announced. Your thoughts on Houghton returning as Alana? Drop ’em in a comment below.