What shocking mystery will La Brea Season 2 solve? Will Chicago Fire‘s Severide literally put a ring on it? Which WCTH character will be seen in “a new light”? Read on for answers to those questions plus teases from other shows. (Email any brand-new Qs to InsideLine@tvline.com.)

La Brea Season 2: Everything We Know

I am a fan of La Brea and I can’t really explain the state Season 1 left me in. Can you tell me what Season 2 will be about? –Jimmy
One Season 2 reveal promises to be shocking, literally. Meaning, we’ll find out who/what electrocuted poor Eddie near the clearing. “That is a mystery that is going to be a big part of Season 2, finding out who did that,” La Brea creator/co-showrunner David Appelbaum told me. “It’s going to be a threat to the people in the clearing and it’s going to reemerge as an important story point.” (La Brea Season 2 is anticipated to premiere this fall.)

I need WCTH scoop (on Lucas and Elizabeth), please!! Thank you! –Samantha
I relayed your Season 9 Q to When Calls the Heart star and executive producer Erin Krakow, and she wrote back, “We’ve seen the fire burn between these two for years, and this season (premiering March 6) is no exception! Lucas and Elizabeth are finally getting to explore and enjoy their relationship. We’re also getting to see Lucas in a new light — as father figure to Little Jack, who absolutely adores him!” 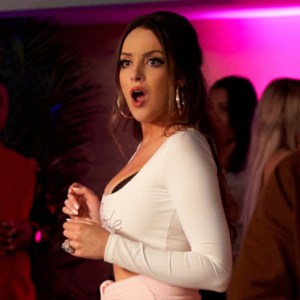 I loved the Christmas Dynasty episodes we got in December; any scoop on what’s to come (especially with the 100th episode this season)? –Kyle
Dynasty EP Josh Reims tells TVLine, “We have a big wedding planned for the 100th episode, though you’ll have to wait to find out whose wedding it is.”

Will we ever get to see Chicago Fire‘s Kelly give Stella the ring she was promised in the proposal episode? –Emma
I have 100-percent zero idea if this actually relates to your question at all, but it sure seems like a swanky occasion might be appropriate for such a moment. “There’s a storyline coming up with the Chicago Fire Department Gala, which we haven’t been able to do since COVID, which is a formal event. Everyone loves to see our characters dress up,” showrunner Derek Haas shares. “It’s definitely not going to go the way you think it’s gonna go.”

Since Jonathan Kent has recently been revealed to be bisexual in the comics, can we expect Superman & Lois to delve deeper into Jonathan’s sexuality? –Fatih
You probably shouldn’t expect the show to follow the comic’s lead per se. “We’re certainly not opposed to exploring it,” Superman & Lois showrunner Todd Helbing told TVLine when we delivered your query. “But the way our character was set up, it feels like the comic book story and what we’re doing are two separate stories. I don’t think that we will, but we’re certainly not opposed to it.” 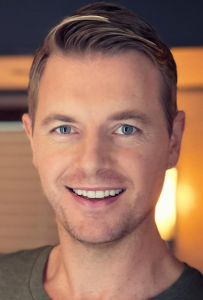 Anything to tide us over until The Flash returns (in March)? Maybe on Eddie’s return? –Leslie
As we reported in October, OG cast member Rick Cosnett will be back for a singular episode, appearing in a sort of flashback. And while he might possibly maybe have scenes with Iris (and/or maybe even her and Barry’s grown-up, time-traveling kids!), his path won’t cross with that of Barry Allen’s. “I only got to see Rick behind the scenes and hug him — and it felt like no time had passed,” Grant Gustin told me. “But unfortunately, we didn’t share any screen time during his return.”

In the Dec. 17 edition of Inside Line, we were told every ghost would appear on Ghosts after its winter break. But Flower and Sassapis weren’t in the latest episode (with Jay’s Sister)! What’s up with that?? –Nick
What’s “up” is that not enough context was given for that promise from EP Joe Wiseman. “I’m actually happy to announce that for the back order” — meaning, any episodes beyond No. 13, airing this Thursday — “we’re going to have every ghost in every episode, which is wonderful.”

Any teases for the Ordinary Joe finale? –Dawn
Series lead James Wolk describes Monday’s (season?) finale as a “beautiful “episode. “It ends on a high note,” he added, “and, like any good TV show, it leaves the audience wanting more. But it hopefully also provides some resolution on some of the things that we’ve been going through.” 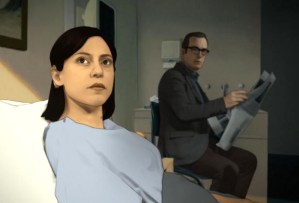 Is there any word on when the second season of Undone may premiere on Amazon? –Rory
Vernon Sanders, Amazon Studios’ head of global TV, told me that Undone Season 2 can be expected in “the first half” of 2022, whereas Tom Clancy’s Jack Ryan Season 3 will probably land in the “back half” of the year.

Any details on Shirley MacLaine’s Only Murders in the Building role? –Sammy
MacLaine will be guest-starring in Season 2 of the Hulu hit as a former resident of the Arconia who possesses information critical to the investigation, while Amy Schumer (whose casting Martin Short also let slip) will be playing… herself.

Is there any reason why NBC are holding onto one episode of The Wall, while repeatedly airing repeats? They are also sitting on two unaired episodes of Family Game Fight. –Aaron
That Wall straggler actually is scheduled to see the light of day on Tuesday, Feb. 1 at 10/9c. And while I can confirm there are two unaired Game Fight eps, there is no word on them being scheduled. 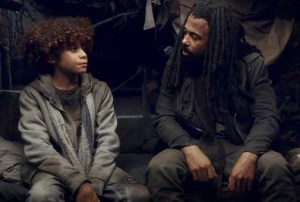 Will Jaylin Fletcher be returning as Miles in Season 3 of Snowpiercer? I know he’s on L&O: Organized Crime now, but he played a prominent role in Season 1 and briefly appeared in Season 2. –Chloe
All I know is that I am three episodes into the new season (premiering Monday, Jan. 24 on TNT), and there hasn’t been so much as a reference to Miles. Yet. (Update: I am now hearing Miles will be seen later in Season 3.)

Any news on Avenue 5? It’s been, like, forever! –Paul
Season 2 of the HBO sci-fi comedy has been filmed, that much I can tell you!

Do you want scoop on a favorite show? Email InsideLine@tvline.com! Questions left in Comments will not be read and may very well count against your final score. (With additional reporting by Vlada Gelman and Andy Swift)