Will random Ghosts stop disappearing? What’s bothering Superman‘s Lois? Will a Chicago Med vet scrub back in? Read on for answers to those questions plus teases from other shows. (Email any brand-new Qs to InsideLine@tvline.com.)

Anything on the back half of Ghosts? –Connor
Let’s see what I can scare up, shall we? Among the tidbits from a recent CBS panel for the show: We will learn what happened to Trevor’s pants; Sam and Jay will open their B&B by the end of the season; Pete and Jay will become basketball-watching buddies; an upcoming episode will delve into Sasappis’ backstory and feature Román Zaragoza’s real-life dad as Sas’ father. Also in the back half of the season, every ghost will appear in every episode, so you can stop asking, “Hey, Where’s [Insert Missing Ghost]?”

On FBI: Most Wanted, was there ever an explanation for where Tali’s grandparents went? I feel like they never explained what happened to them? –Karen
It was recently mentioned in passing that Clinton’s folks, Nelson and Marilou Skye (played by Lorne Cardinal and Irene Bedard), now live in Canada. “I loved that storyline,” Julian McMahon, who plays Jess, said when I delivered your Q “but once we lost the Clinton character (played by former cast member Nathaniel Arcand), it didn’t play into the sensibility of the whole thing. We only have brief moments where we can express that kind of stuff, a minute or so on either end [of an episode], so I think it was decided that we needed to move away from that, because that door had kind of shut.”

2021 in Review: The Biggest Plot Twists 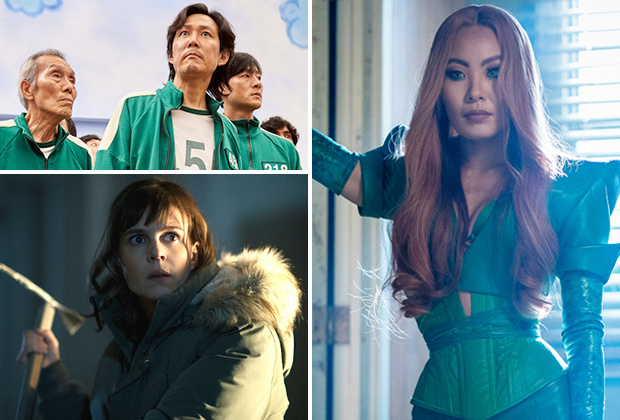 Any info on Superman & Lois Season 2, especially why Clark and Lois seem at odds in the promo? Tell me my favorite TV couple are on the same page again fairly quickly. –Marie
When Season 2 opens up, we learn that Lois has been a bit on edge — with everyone — ever since her daughter-from-another/doppelgänger-mother arrived via space pod, and you (and Clark) will find out exactly why by the end of the season opener. (Speaking of Natalie, new seres regular Tayler Buck is really good in the role.)

Have we seen the last of Barney Harris as The Wheel of Time‘s Mat? –D.D.
Not quite, no. Keep your eyes peeled…. [Ed. Note: Donal Finn takes over the role in Season 2.] 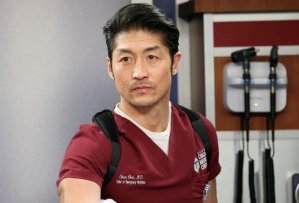 Any updates on Chicago Med‘s MIA Ethan? –Cari
Don’t fret, Ethan’s absence is only temporary as he undergoes surgery. “We’ll see him again in the midst of his therapy. In Episode 12 (airing late January), we will check in again with him. But he does have a long recovery,” executive producer Diane Frolov tells TVLine. Adds EP Andrew Schneider, “And then he will be back later in the season.”

A couple of weeks ago [in late October], an (almost) kiss between CSI: Vegas‘ Grissom and Sara was heavily promo’d, but then when the episode aired it had been cut out, upsetting fans. Can you shed any light on this? –Kate
I can, and I will. Soon…..

Any news about a new season of Murdoch Mysteries, or has the show just run its course? –P.
Season 15 is coming to Ovation TV in February 2022. (I think that answers your question?)

Any scoop on The Resident? — Jasmine
When Season 5 resumes, prepare for a “juicy as hell” arc that explores “Billie, her relationship to Trevor, and a really huge thing that comes in between them and will be just enormous,” EP Andrew Chapman divulges. The storyline — which takes place over Episodes 12, 13 and 14 — will “dominate those couple of episodes,” Chapman adds, “and we’ll really get to the bottom of their relationship and how they react to each other.” 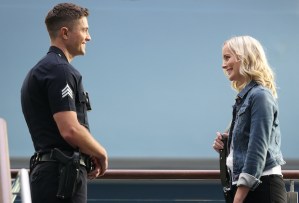 I’m surprisingly intrigued by the pairing of Tim/Ashley on The Rookie. Any scoop on where their story is heading? –Carrie
As teased by the latest promo, “We have some episodes upcoming where we see them together,” showrunner Alexi Hawley told me. “And in the same way we saw with Rachel” — gosh, remember Rachel? — “one of the stories we’re going to get into down the road is it’s a bit hard for Tim to date because he’s a bit of a control freak. Ashley (played by Helena Mattsson) gets frustrated that he doesn’t like trying new things, because he gets new things ever day on the job. And the only person who really understands that the best is” — wait for it —  “Lucy.”

When All Rise was revived by OWN, it was said the new season would air in 2022. Any update on when it will premiere? Is the show in production? –Demar
Actually, I am hearing that production on the rescued Season 3 has not yet started — but soon will!

Will Matthew Gray Gubler (Criminal Minds) be in Dollface Season 2, or not? I’m going to be so bummed if they dropped that story between Jules and him. –Tracy
Worry not, MGG can be seen in Season 2 (premiering Friday, Feb. 11 on Hulu).

Do you want scoop on a favorite show? Email InsideLine@tvline.com! Questions left in Comments will not be read and may very well count against your final score. (With additional reporting by Rebecca Iannucci and Vlada Gelman)